New ‘owner-employees’ will give up their employment rights

By Laura Chamberlain on 8 Oct 2012 in Employment law, Employment contracts 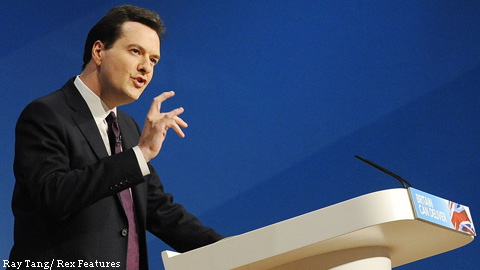 Employees will be asked to give up some of their employment rights in exchange for shares in their company and tax-free gains, under a new “owner-employee” employment contract announced by the Government today.

In his speech to the Conservative Party conference, Chancellor George Osborne set out a “voluntary three-way deal”, which would see employees give up such rights as those around unfair dismissal and redundancy.

In return, employees would get between £2,000 and £50,000 worth of shares in the business they work for and would be exempt from paying capital gains tax on any profit made from them.

While the new owner-employee employment contract will be optional for existing employees, firms will be able to choose to only offer this type of contract for new hires from April 2013.

People employed on the contract will give up their rights around unfair dismissal, redundancy, the right to request flexible working and time off for training. Women will also have to give 16 weeks’ notice of their date of return from maternity leave, instead of the usual eight weeks.

The new contract is intended for “fast growing” small and medium-sized companies, although firms of any size will be able to use it.

“Get shares and become owners of the company you work for,” urged Osborne. “Owners, workers and the taxman, all in it together. Workers of the world unite.”

However, Stephen Simpson, senior employment editor at XpertHR, said that it is not as easy as politicians make it sound for an individual to “waive some employment rights, while retaining others”.

He said: “For example, a company in a male-dominated sector offers this contract to a female job applicant, who accepts after the company indicates that it prefers staff to be on this contract. She later finds out that the (mostly male) workforce hasn’t historically been offered this contract.

“The company would have quite a job showing in any subsequent tribunal proceedings for sex discrimination (which could still be claimed) that the employer hasn’t made assumptions that female staff are more likely to request flexible working.”

Brendan Barber, general secretary of the TUC, also questioned whether or not many employers would actually opt to put employees on this contract.

“We deplore any attack on maternity provision or protection against unfair dismissal, but these complex proposals do not look as if they will have very much impact as few small businesses will want to tie themselves up in the tangle of red tape necessary to trigger these exemptions,” Barber said.

Meanwhile, Simon Walker, director general of the Institute of Directors, welcomed the proposals, which he said had the potential to “reduce the employment law burden on companies and make employees better off at the same time”.

The Government will consult on some details of the “owner-employee” contract later this month.

Full details of the Government’s proposals are available on XpertHR.