Government to clamp down on paid civil service union activity 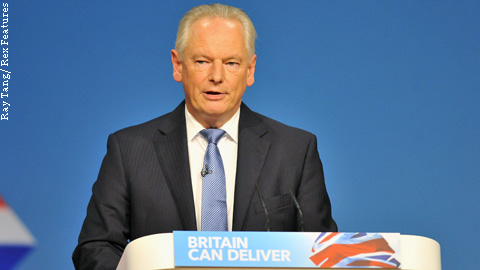 Civil servants are to face new restrictions on the amount of paid time they can spend on trade union activities, under proposals set out at the Conservative Party conference today.

Cabinet Office minister Francis Maude announced that civil servants will no longer be allowed to spend more than half of their paid time on trade union work, unless they have special exemption from the secretary of state or their chief executive.

In addition, each department will face a limit on how much of the paybill can be spent on trade union activities. Departments will be able to spend 0.1% of their paybill on trade union representation, including time for health and safety and union learning representatives.

Maude said that facility time, which is the time union representatives can spend carrying out trade union duties, costs the taxpayer £30 million per year and 250 people are currently paid as full-time civil servants, even though they do “absolutely nothing except trade union work”.

He added: “In future, there will be no full-time trade union representatives at the taxpayers’ expense without the specific consent of the minister running the department.”

While the Cabinet Office had been in talks with the Public and Commercial Services Union (PCS) on this issue, the union claims that the Government has now withdrawn from this process.

However, it argued that facility time has “massive benefits” to organisations and the wider economy.

According to a report released earlier this year by the TUC, for every £1 spent on union facility time in the public sector, between £3 and £9 is returned in accrued benefits.

PCS general secretary Mark Serworka said that the move to restrict union activity in the civil service was part of government plans to “shift the balance of power” from employees to employers.

“Once again, ministers are blaming hard-working, typically low-paid workers for a financial crisis they did not cause,” he said.