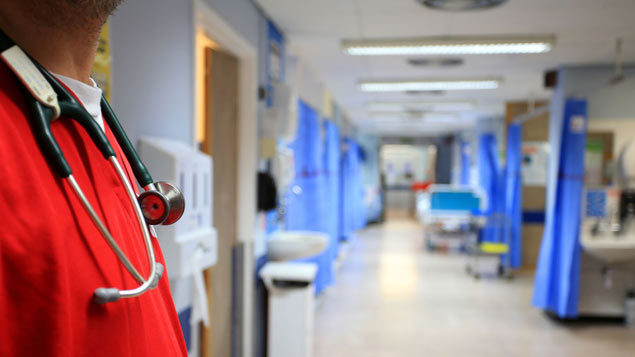 Senior doctors and surgeons will be able to set the level of pension accrual each year to allow them to work extra shifts without losing out financially, but NHS doctors’ representatives argue that further reform is needed.

Under new plans that will replace the 50:50 proposal put forward in July, senior clinicians will be given “full flexibility” over the amount they put in their pension pots, the Department for Health and Social Care has said. The Treasury will also review the tapered annual allowance.

The move came after reports that senior NHS clinicians were turning down additional shifts to fill resourcing gaps because working the additional hours meant they faced higher tax bills. According to the Guardian, this led to operations being cancelled and cancer scans going unread for as long as six weeks.

The British Medical Association (BMA) said that more than a third of doctors had reduced their work commitments over pension tax charges, while a further third planned to.

The new proposals, which will be detailed in a consultation shortly, will allow senior clinicians to set the exact level of pension accrual at the start of each year in increments of 10 percentage points – for example, 30% contributions for a 30% accrual rate. The government believes this will enable them to take on additional work if they wish without breaching their annual allowance.

Employers would also have the option to recycle their unused contribution back into the clinician’s salary, so doctors do not lose on on unused employer contributions.

The proposed system would replace the 50:50 option put forward in a consultation just two weeks ago, which would have allowed clinicians to halve their pension contributions in exchange for halving the rate of pension growth.

Health and social care secretary Matt Hancock said: “NHS doctors do extraordinary, life-saving work every day, and they should not have to worry about the tax impacts if they choose to go the extra mile by taking on additional work to help patients.

“These comprehensive proposals will give doctors the pension flexibilities they have called for and need to make sure they are rewarded for extra work. We are taking immediate action and I hope these flexibilities will encourage our top NHS staff to fulfil the dedication of their mission: to care for their fellow citizens in time of need.”

The Treasury will also review how the tapered annual allowance supports the delivery of public services like the NHS.

The new proposed flexibilities will provide short-term relief for many doctors, but they themselves do not tackle the core and underlying problem. This lies in tax reform.” – Dr Chaand Nagpaul, BMA

However, hospital doctors’ union HCSA warned that the changes would not “reverse the current descent into chaos within our hospitals”.

“We are heading for a full-blown winter meltdown as a result of the government’s inaction on the NHS pensions crisis. A fifth of senior hospital doctors plan to quit in the next 36 months or have already left as a result of the issue,” HCSA president Dr Claudia Paoloni said.

“It is bitterly disappointing that the government is resorting to spin and hot air when it has known for many months that the crisis was deepening. The time for talking is long since over. We need to see the taper scrapped right now.”

Dr Chaand Nagpaul, chair of the BMA council, was pleased that the government had decided to ditch the 50:50 option as it would have been “overly restrictive” and would have led to doctors putting too much or too little into their pensions.

He said: “The new proposed flexibilities will provide short-term relief for many doctors, but they themselves do not tackle the core and underlying problem. This lies in tax reform, and as we have said before, it is the overhaul of the annual allowance and tapered annual allowance, that will make a difference to all doctors, including consultants, GPs and medics in the Armed Forces.”

Danny Mortimer, chief executive of the NHS Confederation, said the proposed changes would have a positive impact on NHS service capacity and patient care.

“We await the full details of the new proposals with interest and will continue to engage with employers to understand and represent their views in our response to the consultation. In particular, NHS Employers will continue to make the case for scheme flexibilities for the benefit of all scheme members, not just senior clinicians,” he said.

“NHS Employers (which is part of the NHS Confederation) will ensure that employers receive clear guidance on the approaches proposed by the government, and will represent their views in the joint work with government and medical trade union representatives regarding the reform of tax policy.”

While the government’s announcement focused only on the NHS, David Brooks, technical director at Broadstone Corporate Benefits, expected the review of the tapered annual allowance to be extended to cover all pension savers.

“As the solution should be applied to all, not just the NHS or other public sector workers, it would seem the obvious answer would be simultaneously abolish the tapered annual allowance and reduce the standard annual allowance that applies to everyone. The Treasury may feel that a move from £40,000 to £30,000 is in order to restrict the capacity for high earners to save,” he said.

“The taxation of pension contributions has been a problem that successive governments have struggled to resolve caught between wanting to restrict relief for high earners while retaining the benefits the tax relief bonus on pension contributions, in return for savings being held inaccessible for many years, provides.”

He suggested that it was a “seemingly insoluble problem” and was doubtful that a long-term solution would be found during the Treasury’s review.