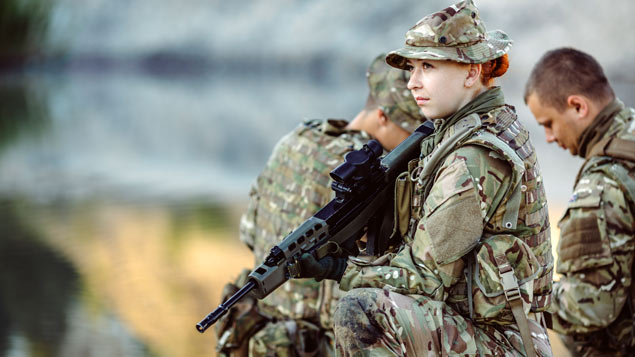 Ministers “must get a grip” on tackling the disproportionately high number of complaints raised by female and ethnic minority armed forces personnel and establish an effective system for handling grievances, a group of MPs have said.

Almost a quarter (23%) of complaints recorded by the Service Complaints Ombudsman (SCO) in 2018 were from female service personnel, a rise of three percentage points on the previous year, according to the defence select committee’s Fairness without Fear report. This is despite women making up just 11% of the armed forces.

Forty-three per cent of women’s complaints concerned bullying, harassment and discrimination, compared to 20% of males’ complaints.

Bullying in the workplace:setting unrealistic targets

The number of complaints raised by black, Asian and minority ethnic (BAME) was also disproportionately high. This group was represented in 13% of complaints raised, but accounts for just 7% of armed forces’ personnel. Thirty-nine per cent of complaints from BAME people involved bullying, harassment and discrimination, compared to 24% for white personnel.

The report says: “We are not convinced that ministers understand – or are sufficiently committed to discovering – the root causes of BAME and female service personnel complaints. They must get a grip on this important problem urgently. We will be monitoring the next satisfaction survey closely to see if there has been any improvement.”

One in 10 armed forces personnel had been subject to bullying, harassment or discrimination over the past 12 months, according to the Armed Forces Continuous Attitudes Survey. Ninety-three per cent chose not to make a formal written complaint.

The MoD last month committed to tackling sexual harassment, discrimination and bullying after a review highlighted “unacceptable levels” of such behaviour.

The report notes that those in the armed forces do not have faith in the complaints system and many have suggested that raising a complaint has negatively affected their career, mental health and wellbeing.

The target of resolving 90% of complaints within 24 weeks has never been met, the committee claims, while decisions on the admissibility of claims take up to 86 weeks to complete instead of meeting a two-week target. The MPs suggest this is because the SCO lacks the resources to do so.

Defence committee chairman Dr Julian Lewis said: “It is essential that service personnel have a fair, effective and efficient complaints system to deal with valid grievances, but the Service Complaints Ombudsman has consistently reported that this does not exist.

“The whole system risks losing credibility in the absence of a plan to streamline procedures within the services and to bring the workload of the ombudsman back into balance with the resources made available to her office to deal with it.”