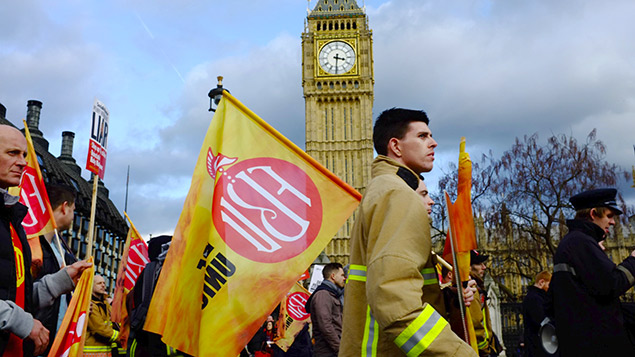 Firefighters protested against the pension reforms in a 24-hour strike in 2015.
Jay Shaw Baker/Nurphoto/Shutterstock

In a decision that will have implications across the public sector, the government has been denied leave to appeal a landmark ruling that pension reforms discriminated against younger workers.

The Supreme Court refused the appeal because the government failed to “raise an arguable point of law”. Yesterday’s decision covers two cases for judges’ and firefighters’ pension claims.

In December, the Court of Appeal ruled that changes to the pension schemes introduced in 2015 were unlawful on age, sex and race discrimination grounds.

The 2015 changes meant that older members could stay in the existing, favourable pension scheme, while younger members had to transfer to a new, financially inferior scheme. The Fire Brigades Union (FBU) initiated more than 6,000 employment tribunal claims alleging that the changes amounted to unlawful discrimination.

The implications for the public finances are potentially gargantuan. It is highly unlikely such a hit to could simply be absorbed by the Exchequer, so cuts in spending or increases in taxes will almost certainly be needed to fill this pensions black hole” – Tom Selby, AJ Bell

Matt Wrack, FBU general secretary, said yesterday: “This is a hard-fought victory for the union and more importantly for our members. FBU members took action for what they believed to be right, and today, we have been vindicated. We never gave up on our fight for justice, and we are delighted that our perseverance has paid off.”

Shubha Banerjee of Leigh Day solicitors, acting on behalf of the judges, said: “The government’s decision to force younger judges to leave the Judicial Pensions Scheme has been ruled to be unlawfully discriminatory and the government has no further avenues for appeal. We look forward to these wrongs now being corrected.

“Judges and other public sector workers provide invaluable public services to this country and the government should make sure they are compensated fairly and lawfully for this service, including through their hard-earned pensions.”

Tom Selby, senior analyst at investment specialist AJ Bell, said the government had shot itself in the foot.

“Members of public sector schemes could receive a massive boost to their retirement pots,” he said. “This boost will come at a cost to the Treasury – and taxpayers in general – of somewhere in the region of £4bn a year.

“The implications for the public finances are potentially gargantuan. It is highly unlikely such a hit to could simply be absorbed by the Exchequer, so cuts in spending or increases in taxes will almost certainly be needed to fill this pensions black hole.”

Wrack said the government must rectify the damage it unnecessarily caused: “The Tory/Lib Dem government took no notice of the evidence we provided about the specific nature of firefighters’ work. An occupational pension should be based on the realities of that occupation. The government ignored this.

“The overwhelming message from this fight is that unity is strength. When workers unite we can take on the bosses and the government, and we can win. This is not the end, we will continue to fight for pension justice across the board. The FBU will always fight for our members.”

Following the Hutton Report on public sector pensions in 2011, the government implemented a number of cost-saving reforms across public sector schemes in 2015, where existing schemes were closed and replaced, with transitional arrangements scheme members over a certain age.

The new scheme was based on a calculation known as “career average revalued earnings” (CARE), accrual rates were lowered and the judges’ retirement age was increased to align with the state pension age.

The Ministry of Justice introduced a number of transitional arrangements which favoured longer-serving judges – those with fewer than 10 years to serve before retirement earned “full protection”.

The justification was that the government was protecting those “closest to retirement”, and made it more consistent with other public sector schemes, but the employment tribunal found that this was not a legitimate aim, as members who were closest to retirement were less adversely affected by the pension reforms and so less in need of protection. A later employment appeal tribunal upheld the original case.

The Supreme Court’s decision not to hear an appeal is expected to have an impact on other public sector groups, including some 13,000 police officers. It is also expected to apply to NHS workers, teachers and prison officers.

Police Federation national chair John Apter said the matter had been dragging on for far too long and police officers deserved a quick resolution.

“We have to wait for the government to respond to the Supreme Court’s announcement, analyse their decision and establish what it means for all our members,” he said.

Pensions lawyer, Rosalind Connor, partner at ARC Pensions Law, responding to the Supreme Court verdict, said the “steps taken in both professions [judges and firefighters] towards diversity have added another argument against the government in this case. Because of those steps, there are a greatly increased number of younger me–mbers who are women and/or BAME.

“This added another argument that the differentiating between younger and older members was indirect sex and race discrimination, as the vast majority of those benefiting from the more attractive pensions for older workers were white men.”

HM Treasury had been approached for comment at the time of publication. 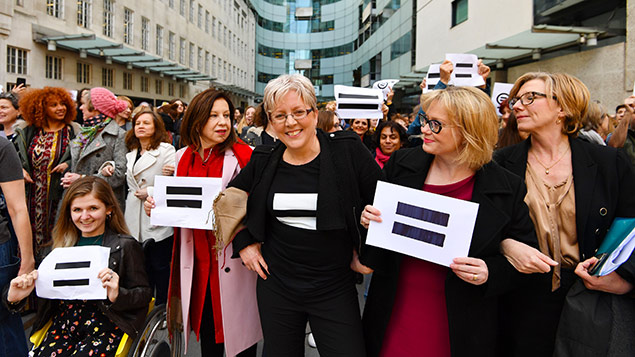 The BBC is being investigated by the Equality and Human Rights Commission following complaints that female employees were not paid... 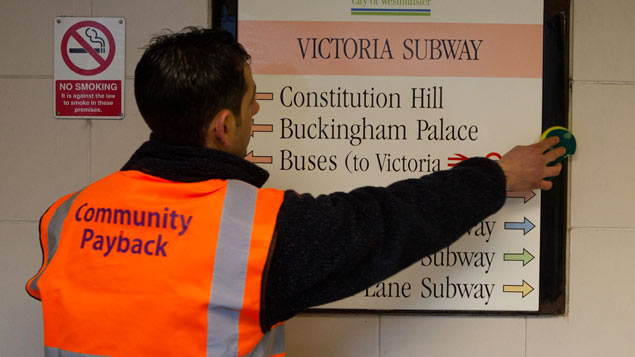 Returning privately run agencies to public ownership, as the National Probation Service will soon experience, is becoming increasingly common. So what does nationalisation mean for HR?