By Nic Paton on 20 Jan 2015 in Return to work and rehabilitation, Sickness absence management 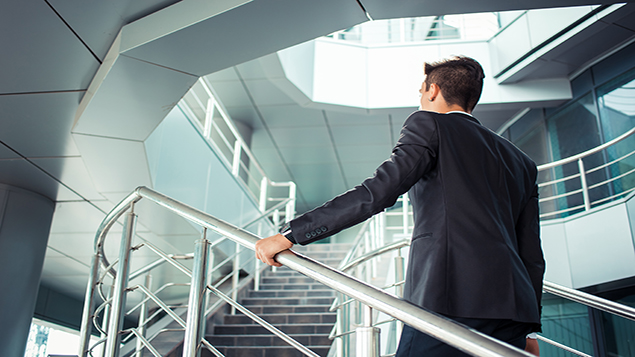 Nic Paton summarises some of the industry responses to the introduction of the Health and Work Service (HWS) that is due to launch later this year.

In 2011, in their groundbreaking government-commissioned review Health at work – an independent review of sickness absence, Dame Carol Black and David Frost said:

“We therefore recommend that the Government should fund a new Independent Assessment Service (IAS). The IAS would provide an in-depth assessment of an individual’s physical and/or mental function. It would also provide advice about how an individual taking sickness absence could be supported to return to work. It should be provided by approved health professionals, and be appropriately quality controlled. The service should usually be accessed when an individual’s absence spell has lasted around four weeks.”

It is worth revisiting these words because, of course, this was the spark that led to the creation of a new Health and Work Service (HWS), for which the contractor, Health Management Limited, was announced by the Government at the end of July.

Health and Work Service – what we know

At the time of the report there was scepticism as to whether or not the Government, given the economic climate at that point, would be prepared to back such an idea. So there was some surprise when, in January 2013, the Government in its Fitness for Work response to the Black/Frost report did indeed commit itself to the creation of “a health and work assessment and advisory service”.

It was intended then that this would “make occupational health expertise more widely available to those employees and employers who need it most – employers will find it easier and more cost effective to manage sickness absence, and GPs will have access to work-related health support for their patients, which is rarely available at the moment”.

Where are we now?

Certainly, a lot of progress has been made and we are now much clearer what the HWS will, and will not be, when it launches at the end of the year.

The British Medical Association (BMA), led by the chair of its occupational medicine committee, Dr Paul Nicholson, has been active in emphasising that the Government’s continuing use of the term “occupational health” in the context of the new service is misleading.

In June, at its annual representative meeting, the BMA unanimously passed a motion arguing that the HWS was “misleading both in name and by its claims to provide occupational health advice and support”. It urged the Government to stop using the term (Occupational Health, News, August 2014).

As yet, however, the Department for Work and Pensions (DWP) has not done the same – in its announcement of the Health Management contract, for example, it stated: “Employees on sick leave will be helped to return to work by providing them with an occupational health assessment when they reach, or are expected to reach, more than four weeks’ sickness absence.”

However, in an exclusive interview with Occupational Health, Leslie Wolfe, president of Health Services Central and UK at MAXIMUS, the owner of Health Management, has emphasised that, as far as Health Management is concerned, it is very clear that the HWS will not be providing an OH service.

Now that the contract is all public and, given the tight timeframes for delivery, Health Management is working hard on the implementation phase.

She explains: “We are going through the implementation and mobilisation work and that involves lining up partners and solidifying agreements, fine-tuning the information for the portal and so on. We have started to recruit some of the personnel that we are going to need to bring in.

“It will be launching towards the end of the year, and we are working with the Department to that end. It will be a phased approach, based around geographical areas. I think the model is already fairly well defined.”

A key part of this project is personnel. Who will be staffing the new service? Where will they come from, given that OH is a small specialty? And what level of skill or qualifications will they have? These have all been key questions for practitioners since the service was announced.

Wolfe argues that the goal is going to be to employ a mix of professionals, especially in terms of those staffing the phoneline that will be providing the initial consultation and assessment.

Wolfe also recognises that awareness-raising and communication, for employers, GPs and employees alike is likely to be a huge job.

“A big part of it, of course, is going to be education; letting people know the service will be there; how we work with GPs will also be important. There will be some information on the portal but we will also be working hard to get information out and working with GPs and NHS trusts,” Wolfe says.

“As well as the online information there will be people on the ground visiting employers and GPs. But a lot of the effort will be done in-house, through the telephone contact,” she adds.

“It is voluntary, so if you are referred by your GP or employer then it is going to be up to you, the employee, to consent to participate. The first step will normally be a phone call from a health professional. If at that point you’re available and able to undertake an interview, then that is how it will go. But if it is not convenient you will be able to arrange a time that is, either over the phone or even coming in for a face-to-face appointment.

“There will normally be a conversation about what difficulties and challenges you face in returning to work, what the barriers are. If it is fairly straightforward, from there we’ll establish a return-to-work plan, which will in turn be monitored and followed up.

“But it will be a triage system with a case-management approach – and we will of course only become involved after four weeks of absence – and more complex cases will be referred on to an appropriate professional. It will be done on a case-by-case basis,” she continues.

Another concern among practitioners, understandably, has been how the new service will mesh and work with existing OH provisions. For Wolfe, while recognising that there will undoubtedly be a learning process for everyone, the key is that the service should complement an existing provision, whether GP or OH.

“In cases where the employer refers we expect that most of them will probably not have OH provision already. It will then be a case of asking the employee for consent and, from there, sharing information with their GP and/or their employer.

“Occupational health is about diagnosis and treatment of the patient, prevention, surveillance and risk assessment; it is not necessarily about return to work, although it can be. We see our role as supporting, complementing, GPs and occupational health practitioners, not competing with them,” she adds.

The announcement that Health Management has won the contract appears, by and large, to have gone down well with the profession, not least because it is a SEQOHS-accredited provider and is well known.

What is Health Management?

Among its client roster, it lists the Home Office and a large number of local authorities, police and fire services. It runs 45 clinics at more than 80 client sites throughout the UK, as well as manages a network of 200 OH and other specialist practitioners.

It is accredited to ISO 9001, ISO 27001 and SEQOHS and is a member of the Commercial Occupational Health Providers’ Association.

It is owned by US health and HR provider MAXIMUS, which bought it in July 2013.

Dr Richard Heron, president of the Faculty of Occupational Medicine, welcomed the announcement, saying: “Run well, this service should support employers to help their staff quickly so they remain in work. This new service can help raise awareness among workers and employers of the benefits of occupational health and that investment in services is a win-win-win.”

Christina Butterworth, president of the Association of Occupational Health Nurse Practitioners, states: “The proof, will be in the pudding but Health Management is well known and well recognised as an OH service provider and I wish them success. This service is so important to get right, managing people back into work effectively and signposting to other occupational health and allied health services, ie for risk assessment or psychological support.”

Dr Mike Goldsmith, president of the Commercial Occupational Health Providers’ Association, agrees: “Anything that enhances the ability of any employer, particularly an SME employer, to receive sensible advice when someone is absent, is going to be a good thing.”

“But there is a worry employers may see this as an alternative to a comprehensive occupational health service, and so it is important the Government makes the scope and extent of the service very clear to employers and GPs alike,” he adds.

The BMA’s Dr Nicholson agrees that the Government still needs to do more to clarify to employers and the wider public what the HWS will be providing.

However, he adds that he is glad that Dr Alasdair Emslie, medical director of Health Management, has “welcomed” the opportunity to meet the committee to discuss its concerns. “We are encouraged by this opportunity and we expect to have sensible dialogue with Alasdair,” he says.

Implement a phased return to work from sickness absence

At the grassroots level, the consensus appears generally to be positive, in that anything that is going to help people who are absent from work back into the workplace is likely to be a good thing.

But practitioners remain cautious about how much of an impact a service of this nature will have on the ground. Moreover, if it does not work, and people still equate it with “occupational health”, there are worries over what effect this might have on the perception and reputation of the profession in the long run.

As Dawn Veal, OH nurse specialist at Devon-based pharmaceuticals company Perrigo, puts it: “Due to the level of demand for the service I would anticipate a very clear structure needs to be in place to feed out the cases to the correct services, ie physiotherapy, counselling, OH face-to-face reviews and so on. Providing the service is clear and is ‘sold well’ to GPs it could have ‘legs’.”

Lindsey Hall, of OH consultancy Split Dimension, argues that there are still many unanswered questions, such as: where Health Management is going to find enough experienced OH professionals from; whether or not, because of the size and reach of the contract, it will end up having an unfair market advantage; how any sub-contracting process will work (and what sort of budget there will be for that); and how, at a practical level, it will interact with existing OH providers.

He says: “At least we now know who it is. I have known many in Health Management. They have plenty of experience and I wish them all the best.”

But he adds a caveat: “I only hope they have really thought this one through. There are still too many questions and not enough answers.”