One in four dads miss out on paid paternity leave 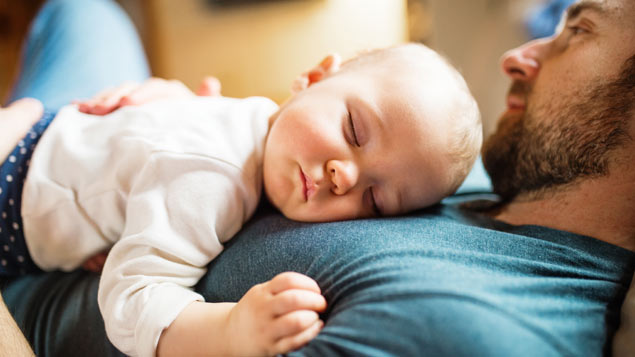 Almost a quarter (23%) of new fathers did not qualify for statutory paid paternity leave last year, either because they had not been in their job long enough, were in insecure work or they were self-employed, the TUC has claimed.

The trade union body used Father’s Day to urge the government to “overhaul” the paternity leave system to ensure that new fathers and their families are supported following the birth of their baby – regardless of the employment contract they have in place.

Of the 580,000 working dads who had a child under one between January and December 2018, 133,000 did not qualify for the up to two weeks’ statutory paid paternity leave, according to Labour Force Survey statistics.

Around 42,000 missed out because they had not been with their employer for at least six months by the 15th week before the baby was due, in order to qualify for paternity leave.

Meanwhile, 91,500 did not receive statutory paternity pay or leave because they were self-employed.

To qualify for paid paternity leave, a person needs to earn at least £118 a week and be classified as an ‘employee’, which meant some staff on insecure contracts missed out.

It also noted that many new fathers struggle to justify taking time off work if their employer does not enhance paternity pay, as the statutory rate is only £148.68 a week.

TUC general secretary Frances O’Grady said: “Paternity leave needs an overhaul. The current system is too complicated, excludes too many new dads and is not an option for a lot of working families.

It urged the government to develop a simpler shared parental leave system, with greater flexibility, higher rates of shared parental pay and greater incentives for parents to share leave after the birth of their child. Only about 1% of eligible parents have taken SPL since it was introduced in 2015.

Stephen Warnham, a content and communications manager at TotalJobs, said an increase in SPL uptake would be unlikely unless changes are made.

“With the cost of living rising and the government currently paying just £145 a week, a lot of parents are focusing on trying to make ends meet and struggle to afford shared parental leave,” he said.

He urged employers to have open conversations with their staff about their parental leave options. “As employers, being able to offer the opportunity for people to spend more time with their families gives parents choice and empowers them to find the work-life balance that suits them.

“No one wants to miss out on their child’s formative years, but understandably juggling working and parenting can be a challenge. Having open and honest conversations surrounding options like shared parental leave is essential to ensure employers and workers can reach an agreement that suits an individual’s needs. Beyond this, employers can embrace progressive ways of working, supporting SPL and systems like flexible working hours to help parents strike the right balance,” he said.