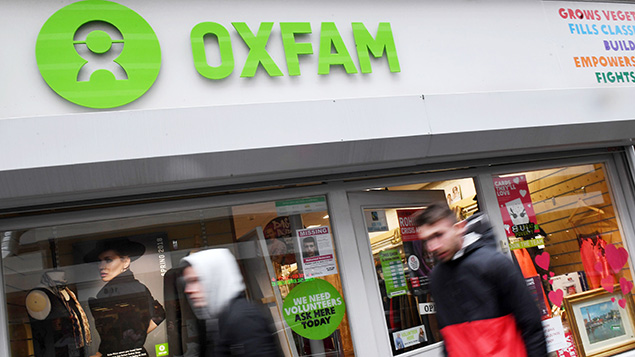 The recent scandals involving Oxfam and other charities have come as a surprise to many, but could these embarrassing allegations have been avoided through better background checking and tighter recruitment practices? David Haines from Xref looks at the evidence.

Stories of harassment, sexual exploitation, witness intimidation and staff bullying – it’s some charge sheet that global charity, Oxfam, is having to answer to at the moment.

It’s not just Oxfam that’s been implicated in the recent scandal, though. The due diligence conducted by the HR and recruitment functions within the non-profit sector as a whole has been put under the microscope.

In truth, any organisations that work with vulnerable people or issues are typically among the most scrutinised. In that regard, you can easily add welfare, care and education to the list of sectors that may be in the spotlight just a little more from now on.

This is a watershed moment and a wake-up call for many organisations, including the likes of Unicef and the United Nations, who have also been indicted in this recent scandal.

The damage, both reputational and financial, feels almost irrevocable for Oxfam right now, but the responses need to be swift and considered.

Immediate effort is required to re-establish the core ethical values on which the charity was founded so the culture is right. Equally important is the need to ensure that recruitment and wider HR systems and processes are watertight to guarantee the right people are in the right roles representing the organisation.

Until this happens, donors will stay away and the unwanted questions will keep coming thick and fast.

What is consistent for the entire non-profit sector is the need for efficiency, validity and accuracy.

Worryingly, though, Oxfam seems less focused on the other key area – recruitment. Their statement, said: “…there is nothing we can do to stop individuals falsifying references or getting colleagues to provide a reference in a personal capacity…”

This is not true. There are myriad innovations specialising in HR technology and they’re all geared to in some way make the end-to-end recruitment process far more efficient and effective, not least reference checking. As such, this could well be the easiest part of the overall fix.

Gathering meaningful references is fundamental to the recruitment process. It is usually the final task to be conducted before an offer is made and is the only aspect of the whole recruitment journey that incorporates the input and validation of a third party.

However, it’s also the part that is traditionally open to human error, discrimination and fraud.

In the UK alone, there are 167,000 registered charities and, with the typically adopted, manual approach, reference checking can be clunky, slow and expensive. If you’re a global charity and often recruiting quickly in times of crisis, it’s very easy to see why corners are cut, but no charity can afford to do so. The risk is too great.

Xref was launched to offer organisations, big and small, a smart solution to candidate referencing by automating the process. Key to its success are the data-driven candidate insights it generates to allow recruiters to make smart, confident hiring decisions.

The platform captures 60% more data than traditional reference checking methods and boasts a more than 90% completion rate on references – a vast improvement on traditional methods.

As a cloud-based tool, it makes reference checking quick too – it takes just 30 seconds to complete a reference request, with multi-language capabilities included, and it can be done anywhere, anytime and on any device, making it five times faster when compared to traditional referencing.

Efficiency aside, technology is also safeguarding organisations from human error and human nature. These can result in charities unwittingly asking discriminatory questions, taking references without a candidate’s consent and recording details incorrectly.

A recent study by Xref discovered that, in the UK:

No organisations, non-profit or otherwise, can afford to ignore such statistics.

Charities are beginning to recognise the value that technology can bring to their recruitment processes for all of the above reasons.

Xref now works with the likes of Sue Ryder – a UK charity that provides compassionate care to people with end of life and long term needs – and The Salvation Army, an international movement with over 1.5 million members, that helps communities and individuals in need.

Organisations like Oxfam may be ‘non-profit’, but they handle hundreds of millions of pounds in charitable donations and work with vulnerable people the world over.

From senior level executives to temporary volunteers, they recruit millions across the world. There will always be people with the wrong intentions or those who make mistakes, which, as recently evident, can severely harm both the reputation and effectiveness of a charity’s work.

But the tools do exist to filter out malpractices and bring a level of stability and security to the overall recruitment process.

There is no reason charities can’t, and every reason they should, tighten up outdated, or even non-existent recruitment methods. With the spotlight firmly on Oxfam, the charity is well placed to take the lead and strike positive change across the sector.

David Haines is a director at Xref.
View all posts by David Haines →
Previous Article
Next Article