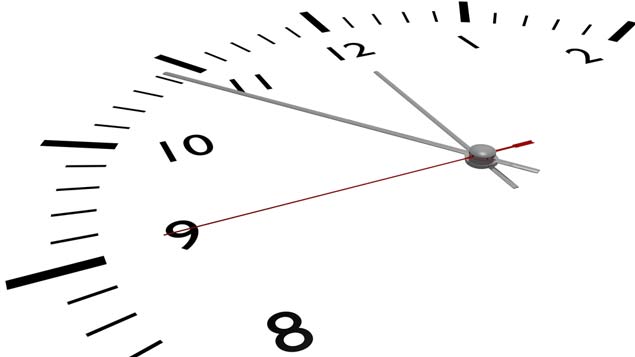 Are employers waiting until the last minute to upload their gender pay gap information?

With less than a month to go until the gender pay gap reporting deadline, only one in six of the estimated 9,000 qualifying organisations have reported their figures, indicating that there could be a last minute flurry of employers submitting their pay data.

By 5 April, all organisations that employ 250 people or more should have published their gender pay gap. But at the time of writing only 1,528 had done so.

And the wave of employers waiting until the eleventh hour to submit their data could be larger than expected. The Government’s estimate of how many employers fall into the scope of the regulation could be incorrect, as some have calculated that as many as 13,500 employers need to publish their gender pay figures.

What are the potential consequences for employers of non-compliance with the gender pay gap reporting duty?

All eyes are on major employers and what they are doing to reduce the gulf between male and female pay. Last month, Barclays reported the largest median gender pay gap of the UK’s biggest banks at 43.5%, while EasyJet’s 51.7% pay gap caught the headlines last year.

So, are employers intentionally delaying the publication of their pay gap in the hope of burying bad news in the last-minute rush during the Easter break? Or are they taking the time to contextualise any gap they may have?

Given the prominence equal pay has received in the press over recent months, employers may be deliberating over how best to present any gap they have, according to Jo Keddie, partner at Winckworth Sherwood.

She says that, despite a lack of specific sanctions under the regulation, failing to report pay data could be seen as unlawful under the Equality Act 2006, which could open employers up to the risk of unlimited fines or convictions.

Keddie says: “This, together with the reputational damage that non-compliance would inevitably attract, means that there is every prospect that employers who have yet to publish their figures will be doing so very shortly.

“This begs the question as to whether the remaining employers have genuine reasons for delay or whether, in fact, they are hopeful that unfavourable statistics can be buried by publishing them just ahead of the statutory deadline along with, no doubt, thousands of other organisations.”

Georgina Downard, trainee solicitor at Russell-Cooke, suggests employers could be making the most of the time they have left to consider the reasons behind their gender pay gap and what they could do to reduce it.

She explains: “Acas guidance encourages employers to go beyond their strict obligations and implement an action plan to reduce their gender pay gap.

“Employers who think their pay gap cannot easily be explained may be developing such plans with a view to publishing them at the same time as they report on their gap, in order to mitigate reputational damage.”

Research by XpertHR last year found that, despite having already carried out the calculations required under the reporting rules, employers were holding back from publishing their figures in order to avoid drawing attention to their gender pay gap.

A third (32.3%) of employers said the regulations were difficult to understand, while 18.8% said finding time to carry out the work was problematic. One-fifth (19.8%) said they were finding it difficult to construct their report.

Keely Rushmore, lawyer at SA Law, explains that as most employers will have a gender pay gap of some degree, there are a number of advantages to delaying the publication of their figures.

By putting the figures in context, an employer can reduce the risk of any negative publicity, and even perhaps place certain aspects in a positive light.” – Keely Rushmore, SA Law

She says: “First, it will give employers time to refine their voluntary narrative to accompany the figures and perhaps take inspiration from those already published. This gives them an opportunity to explain the reasons behind their gender pay gap and to set out the steps they propose to take to close it.

“By putting the figures in context, an employer can reduce the risk of any negative publicity, and even perhaps place certain aspects in a positive light.”

Rushmore expects that, by waiting until the last minute to publish, employers could reduce their chances of receiving negative publicity. “There is likely to be a number of other employers who are more newsworthy, perhaps due to the size of the gender pay gap or their public reputation,” she says.

While at the moment it seems there is a worrying shortage of organisations that have fulfilled their reporting obligations, there are still a few weeks for employers to get their house in order. Taking the time to perfect the narrative accompanying their figures and looking at what their competitors are doing to reduce their gaps could help employers to avoid drawing negative attention to their pay gap.