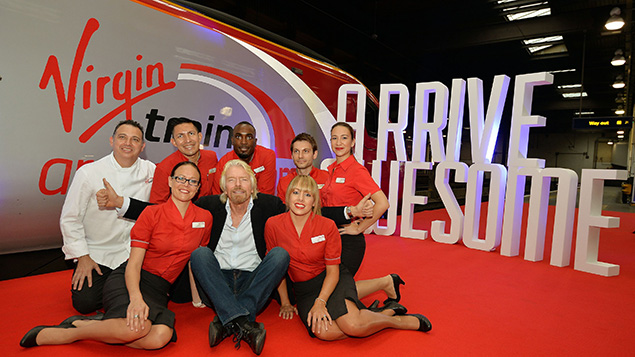 A row over the rail industry’s central pension scheme could see Virgin Trains cease operating in the UK later this year, according to its founder Richard Branson.

In a blog post, Branson said Virgin Trains could be gone from the UK in November after he learnt that the Department for Transport had disqualified a joint bid with Stagecoach Group and SNCF to run the West Coast line.

“I am devastated for the teams who have worked tirelessly to make Virgin Trains one of the best train companies in the UK, if not the world,” said Branson. “Virgin Trains has led in the industry for more than 20 years and we wanted this to continue for many more years.”

His comments came after the Stagecoach Group was disqualified from the Department for Transport’s three franchise competitions..

The issue centres on the Railways Pensions Scheme. Stagecoach said franchise bidders had been asked to bear “full long-term funding risk” on elements of the £20 billion scheme. The Pensions Regulator has estimated the scheme has a £5bn to £6bn shortfall.

“We’re baffled why the DfT did not tell us that we would be disqualified or even discuss the issue – they have known about this qualification in our bid on pensions for months,” wrote Branson.

Martin Griffiths, Stagecoach Group chief executive, said he was shocked at the DfT rejection of its bid, adding he was requesting a meeting with the DfT.

He said Stagecoach was “extremely surprised that the government still expects private operators to take risks they are not best placed to manage, despite the recent difficulties experienced by a number of operators of outsourced public sector contracts.”

A DfT spokesman said: “Stagecoach is an experienced bidder and fully aware of the rules of franchise competitions. It is regrettable that they submitted non-compliant bids for all current competitions which breached established rules and, in doing so, they are responsible for their own disqualification.

“Stagecoach chose to propose significant changes to the commercial terms for the East Midlands, West Coast Partnership and South Eastern contracts, leading to bids which proposed a significantly different deal to the ones on offer.”

Griffiths said that Stagecoach’s bids had been consistent with guidance issued by the Rail Delivery Group (RDG) which represents the industry.

RDG has been developing proposals to address TPR’s concerns, including a risk-sharing mechanism with the government designed to provide support. RDG warned transport secretary Chris Grayling earlier this month that there could be significant impact on franchises if an agreement is not reached soon, with train operating companies expected to resist increased contributions.

RMT general secretary Mick Cash said he had written to Chris Grayling to warn that “rail workers and their pensions will not be used as pawns in a row between your department and the train companies and we will take all necessary steps to protect our members”.