By Mike Straw on 13 Mar 2015 in Performance management 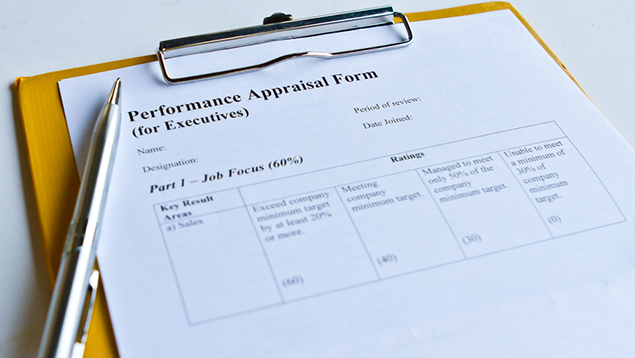 The traditional “rank and yank” approach to performance management does not apply to the fast-changing environment in which most employers operate, argues Mike Straw, CEO of organisational change consultancy Achieve Breakthrough. But what can organisations do differently so the process is fairer and more collaborative?

How companies approach performance management (PM) is changing, and evidence is mounting that conventional methods of strategic human capital management are broken.

A 2013 survey by the Society for Human Resource Management in the US asked HR professionals about the quality of their PM systems; just under a quarter said their company was above average in the way it conducted them.

I believe that this is because conventional PM systems are mostly backward-looking and static; many of them also use “forced distribution curves”, which means that a fixed percentage of the workforce must be ranked as “needs improvement” or “unsatisfactory”.

This combination of ranking based on the past and having to fit people into pre-set performance brackets means that the whole system can seem demotivating and unfair to most people in the organisation.

It is likely that only those in the very top bracket come away feeling satisfied; everyone else is left wishing they had been ranked higher, as well as wondering where their colleagues were ranked.

It also means that there is the possibility that individuals who have been performing reasonably well find themselves in the “needs improvement” box – simply because someone has to be in it. This is hardly a great motivation to perform strongly in the future.

The role of managers

Another problem with these systems is that the responsibility lies very much on the person who is managing performance. The whole process is led by them, the onus is on them to ask all the questions, and the responsibility also lies with them to allocate (and justify) scores for their teams.

Because of the way performance management systems tend to be designed, there is little chance that managers will ever satisfy the majority of the staff, and they spend the rest of the year rebuilding their relationships, only to have them tested when the cycle starts again.

Not only that, but such systems place a major burden on HR departments. They are complex to run – some HR teams need to put aside an entire quarter to manage them. In short, they take up a huge amount of an organisation’s collective time for a questionable return on investment.

PM systems belong very much to an old-world mindset of “control-order-predict”. The manager controls their team, gives it orders and predicts outcomes. But these certainties have changed.

The world has become more unpredictable, dynamic and fast-moving, and the fixed mindsets and ways of working that conventional PM systems promote are not adequate to deal with it.

That is why I believe it is time for such approaches to change. Lots of people are talking about it, although only a few pioneering companies have actually done it.

I have worked with and helped some organisations to move their PM systems to a new model, and I know it can work and produce far better results.

The new approach revolves around acknowledging creativity and empowerment.

It consists of the manager and employee working together in a more equal way. Whereas under old systems the work was 90% done by the manager and 10% by the employee, in the new system they are both equally involved.

Instead of a formal appraisal situation once or twice a year, performance management becomes a continual and ongoing dialogue under the new approach.

There is a different deal between manager and employee, a shift from trusting in “the system”, to trusting in the manager – that he/she will develop a truly strength-based view of the employee, be absolutely straight about any capability gaps, and work with the individual to identify where they want to get to and how the manager can help unblock the path to get there.

The radical part is that there are no performance ratings and no cumbersome electronic system. The old bands and distribution curves are simply done away with.

Instead, individuals know where they stand with their manager in terms of how they are performing and are rewarded financially (in terms of bonus, salary increase etc). It is still subject to management review, there is outside scrutiny and transparency (and, of course, budget controls), but there are no simplistic performance ratings held on an HR database.

Of course, there are still challenges. Performance management is an inherently difficult thing. It still requires the manager to have those difficult conversations where necessary.

You will still get some people thinking they are being under-valued and under-rewarded. But, because the system is much more continuously interactive and forward-looking, I have found that such strife and disagreements are noticeably reduced.

Some major companies have moved this way – Microsoft for one has got rid of its enforced ranking system. I hope that more and more will follow suit.

Labelling people with a performance band or number encourages a “fight or flight” mentality: people resist it or decide they want to leave. It breeds resentment and dissatisfaction. It also fosters the notion that performance possibilities are essentially fixed, almost pre-determined – instead of the view that you can learn, develop, grow your performance and become better.

Eventually, I believe, the idea of labelling people numerically will be seen as a blip in HR history. Giving people a rating might be a useful tool in a company with a lot of “fat”, where it makes sense to shake people up and create competition, but in many of today’s lean businesses that demand a great deal from their employees, we need a better model.

We need to improve the quality of the conversations we hold with our people. It is time to kill performance ratings.

Mike Straw is CEO of Achieve Breakthrough, a consultancy that provides organisations with new ways of thinking and acting to deliver better business and people performance.
View all posts by Mike Straw →
Previous Article
Next Article