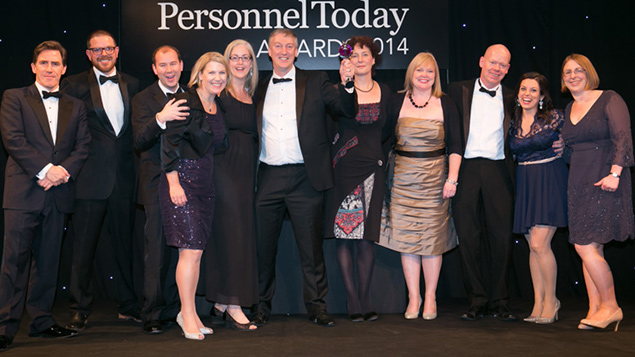 Plumbing distributor Wolseley received the Employee Benefits Award at the Personnel Today Awards 2014. Here we look at their winning entry and the submissions from the rest of the shortlist.

About the organisation
Wolseley UK is the UK operating company of Wolseley plc, the world’s number one distributor of heating and plumbing products and a leading supplier of builders’ products to the professional market. It has around 6,200 employees and 752 branches in the UK.

The challenge
Autumn 2013 saw Wolseley UK undertake an enormous challenge in re-assessing pension arrangements. The comprehensive change programme allowed Wolseley to review and change the pension and benefits available to all existing and new employees. The decision was taken to launch the company’s first flexible benefits scheme, which took effect from 1 January 2014. Wolseley wished to create a package to allow employees to use their flex fund and salary to design a flexible benefits package to suit them.

Judges’ comments
“The entry clearly demonstrated how the new benefits scheme would help to deliver the organisation’s HR and reward strategy.”

About the organisation
Yearsley Group is a frozen food sales and logistics company employing more than 1,200 staff in 13 depots, with an expected growth of 15% per annum. The company takes pride in developing staff, training and educating them on the job and promoting from within.

The challenge
Yearsley Group recognised that, as the business matures, if existing employees could afford to comfortably retire when the time came, they could be trapped in perpetual employment. This is likely to present issues for the Group, including preventing the organisation from having the capacity to promote existing staff as all senior roles are filled, and the business being trapped with the “skills of yesterday”. The company felt that the only way of proactively addressing this was to take a strategic review of its employee reward and benefit package and align its offering to ensure that all employees can retire when they choose to.

Judges’ comments
“This stood out as something different to the usual “flex” answer to all.”

About the organisation
BHSF Services is an employee benefits and HR support provider. It assists companies to build cost-effective healthcare plans and occupational health services for their employees. It recently worked with Southco Manufacturing in Worcester to build, implement and develop a new bespoke benefits package for its employees, which launched in November 2013.

The challenge
Employee benefits and engagement is increasingly important to Southco Manufacturing, and the company decided that it needed to provide the best possible package to its staff. Southco has two key objectives which it shared with BHSF: to offer benefits valuable to the entire workforce, and to promote physical, mental and financial wellness, in line with the firm’s corporate objectives. The company also needed to make the change to offering all benefits online without a large development budget.

Judges’ comments
“The diverse benefits offering is obviously a hit with employees, with a significant improvement in employee engagement in the benefit offering.”

About the organisation
Nottingham is an exciting, lively and diverse city. With a population of more than 300,000 people, two universities, world-class sports facilities and a thriving retail centre, Nottingham City Council works to make a real difference.

The challenge
The task of providing a popular benefits package to the 10,000 Nottingham City Council employees in the middle of public-sector belt-tightening has been a major challenge, but one that has been achieved by the council. With an essential focus on cost-neutrality, its employee benefits also needed to: increase wellbeing within the workforce; attract and retain talent of all ages while supporting the reduction of youth unemployment; increase sustainable travel and reduce the environmental impact of commuting; enable colleague salaries to stretch further; and make workplace savings to help reduce the council’s budget shortfall.

Judges’ comments
“This entry clearly demonstrated what the council set out to achieve, how it met these objectives and the benefits to the organisation. A very strong entry.”

About the organisation
Located in London’s Mayfair, the RAF Club is a stunning building which offers luxurious and peaceful surroundings to its members (serving and former serving officers of the RAF and Allied Air Forces). Having opened its doors in 1922, the club’s interior has been enhanced to its present high standard. The bedroom and public room facilities at the club are similar to those offered by other traditional, high-quality London establishments, but with many additional services and amenities for members.

The challenge
The organisation found it increasingly necessary to support the work-life balance of the club’s staff in what is a challenging 24/7 hospitality environment. It needed to ensure that it had a flexible workforce to meet the business needs of delivering an excellent service to the membership.

Judges’ comments
“It was interesting to see how this organisation broke the mould for their industry, and in the process introduced a scheme that is mutually beneficial to employees and the business.”

About the organisation
Virgin Money’s ambition is to build a better kind of bank; one which aims to make “Everyone Better Off” (EBO), particularly its customers, colleagues, shareholders, corporate partners and the communities it serves. When it acquired Northern Rock in 2012 in a deal worth up to £1 billion, it went through a period of integration, alongside building a new culture, managing further asset acquisitions, and developing the overall customer offering. The result was rapid and complex business change.

The challenge
As part of the bank’s approach to harmonising its colleagues’ terms and conditions, Virgin Money needed to create a flexible benefits package and approach that had several key attributes: simple, cost-effective access to a range of great benefits that matched colleagues’ needs while balancing a sense of responsibility; provided a mechanism which allowed the business to harmonise widely different approaches to benefits and levels of cover; delivered a service equal to that which it would provide to customers; and enabled the company to be compliant with the new auto-enrolment legislation.

Judges’ comments
“The organisation tackled the complex problem of harmonising terms and conditions in a way that enabled employees to retain their current offering – an impressive feat.”

About the organisation
Wiltshire Council is a large unitary council with a diverse workforce of 14,000 staff (9,000 in schools). Since its formation in 2009, it has been on a journey of significant change to deliver a vision focused on building more resilient communities and improved performance, against a backdrop of significant cuts in budgets.

The challenge
In 2012, the council identified the need for a new benefits solution as only 47% of staff were satisfied with the overall benefits package, largely due to three years with no pay awards alongside a two-year pay increment freeze. The council’s business plan for 2013-17 included developing an attractive voluntary benefits package which would: increase engagement across a diverse workforce; aid retention; and support development of the wider employer brand.

Judges’ comments
“The benefits plan chosen was a sensible choice to fill the gap left by the ongoing pay freeze.”