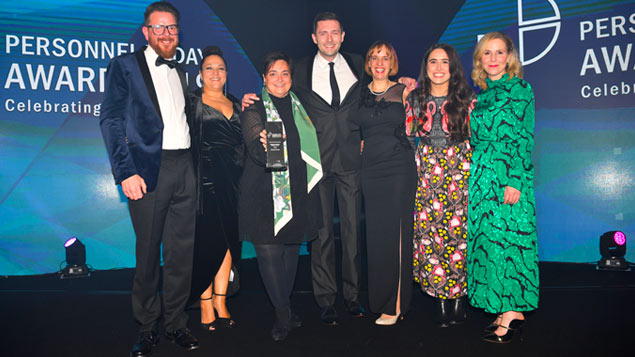 With just a few weeks to go until the Personnel Today Awards, we continue to celebrate those on the 2020 shortlist by taking a closer look at the Learning & Development Award finalists.

In a competitive retail environment, customer experience is key. This is why Aldi put in place a robust programme of customer service training that focused on behavioural interactions for all of its 30,000 store operations colleagues.

It developed a set of new customer service principles called CARE and selected Team Academy to help colleagues engage with them. The two parties developed seven workshops to upskill staff on the new principles, including interactive sessions that featured games, quizzes, role play and group work to create a memorable experience for colleagues.

The Personnel Today Awards are going online this year! Register here and join us in celebrating the winners on 26 November.

Aldi and Team Academy also engaged the board and senior leaders in the new principles, encouraging them to act as role models for the messages they wanted to get across. These senior leaders attended the same training programme as Aldi store colleagues, while Team Academy developed a ‘train the trainer’ programme to transform Aldi’s ‘best’ managers into the ‘best’ trainers – maximising the resources Aldi had at its disposal.

The programme represented an investment of £2.24m and all staff received five paid training hours. In 2019, Aldi delivered record customer satisfaction at 76.7% – a 4.78% uplift on the previous year. The Institute of Customer Service recognised the supermarket for being the best grocery retailer and Which? named it the second-best grocery retailer (up from 38th the year before).

Research carried out by GSK found that its graduate chemists were not securing senior roles within the business, indicating that the training it provided did not provide them with the skills they needed to progress within the organisation. This prompted it to develop a two-part programme of continuous professional development.

After forming a specialist team to lead the project, a training needs analysis was conducted and found a successful programme would require a number of factors, including flexibility to support career breaks, an externally recognised qualification and recognition of formal training and experiential learning.

Graduate-entry GSK chemists have progressed into senior positions that have been predominantly filled by postgraduate-entry chemists previously. Five moved into leadership roles when new departments were created and 10 are now key liaison links with UK universities to foster a relationship with chemistry departments. A further nine GSK staff are supervising PhDs.

Programme details have been included in GSK’s recruitment campaigns for full-time graduate chemistry positions. In one campaign, 250 applications were received – double the number received following a previous campaign.

HiBob is a supplier of HR information systems. After a couple of years of rapid growth, it noted that staff were not generating enough sales leads or conversions, especially new starters. They were taking too long to hit sales targets which had a direct impact on commissions and salaries, leading to increased staff turnover.

It brought in sales psychologists Salecology to support its people to perform and win more business from competitors. Its training focused on three key areas: understanding the customer; structure, process and methodology; and emotional-intelligent selling.

Workshops were carried out to map the various target customers and categorise them into Strategic, Managerial and Operational levels. Customers at each level were interviewed to understand more about their role and needs, and a persona was created for each to help educate the team on how to adapt their sales messaging to engage them.

Behaviour and habits take longer to embed than knowledge, so the programme was designed to roll out across a 10-week period. Each week two or three new behaviours were trained, with actions defined to practice across the week. Support material such as e-learning modules, videos and printed material were provided throughout the process. Managers underwent separate coaching to educate them in spotting sales behaviour and coaching behaviour change.

Sales lead generation increased by 140% and time to complete a sale reduced from four months to four weeks. In the past six months, voluntary staff turnover reduced to zero.

Investor services group IQ-EQ made a series of acquisitions throughout 2018 that tripled its headcount and expanded its global footprint into 23 jurisdictions, bringing an array of business cultures and management styles into the organisation. Striving to become an employer of choice, it wanted to develop effective people management skills, with a particular focus on line manager capability.

Basecamp, an in-house programme for managers, was born. New or developing line managers attend a two-day offsite event followed by eight monthly one-hour virtual training sessions to embed key learnings and introduce additional topics. Although based in theory, the learning comes from continuous in-the-moment reflection. Each delegate’s thinking is challenged and they come away with improved self-awareness as well as simple, practical steps to put their learning into practice.

Cohorts are formed of 15 to 20 people who might not normally work together, and guest speakers join sessions to share their own management journeys, reflect on learnings, and offer mentoring opportunities. Myers Briggs Type Indicator testing is also used to increase self-awareness and provide a common language.

Thirteen Basecamp programmes were held in 2019, training 229 delegates from 16 countries. A nomination process and waiting list have had to be introduced because of its popularity.

Instances where company leavers have cited their line manager as the reason for leaving have fallen from 38% to less than 7%.

To give customers a better experience and increase customer acquisition, commercial equipment firm JLA developed The JLA Way to develop a new culture and mindset around skills development and behaviours. It decided that using a blended learning approach was the best way to do this, as was getting sales staff to own their own personal development, not the L&D team.

The sales team undertook a 12-week learning programme, developed in partnership with Salecology. Each session focused on one or two behaviours, which were embedded before the next session. Education and application were separated, with behaviours introduced via video, workbooks and online material and classroom time focused on applying the skills learnt.

Each manager sat two formal exams around The JLA Way and spotting and coaching behaviours. When passed, delegates were awarded Sales Behaviour Analyst certification through Salecology.

With The JLA Way defined, the induction process was completely overhauled to include the new methodology and focus new starters with the right behaviours, building their confidence and providing robust, consistent sign-off levels.

Several new coaching tools for managers were adopted, including one for sales observation. A new monthly review process was introduced and a quality team was established to listen to pre-booked appointments and provide coaching and feedback.

JLA has seen its net promoter score double and the proportion of staff hitting their sales targets has increased by 11%.

This year, car manufacturer Kia launched a $25 billion strategy known as Plan S to transition into an electric vehicle manufacturer within five years, with ambitions to hold 6.6% of the EV market share by 2025. To do this, every team member from junior sales staff right up to C-suite level must have an in-depth understanding of electric vehicles and a skillset to compete in a changing industry.

Working with DBLX, it created a digital learning experience accessible to every employee across the globe. The 40-minute programme combines video, animation, 3D print and storytelling to provide an immersive learning experience, taking the learner on a journey where they discover how electric vehicles play a key part in Kia’s strategy, how they help meet tough emissions targets, how they are charged, how the different types of EVs are designed and built, and how they can fit in with a customer’s lifestyle. Learners also get to build their own EV in a custom-designed virtual factory.

The programme was initially offered in English but has since been translated into seven other languages. This has allowed almost everyone across the Kia group to complete the training.

Kia had an expected completion rate of 80% and to date has far exceeded this. It has been taken by 98% employees with an additional six countries requesting local translations.

Kia has seen a 4% growth in market share and 2.7% increase in sales, which it has attributed to the training. Employees have reported increased levels of confidence in their self-assessments, which has been echoed in the competencies reported in performance assessments undertaken by managers.

In March 2020, with Covid-19 infections increasing rapidly and the NHS coming under intense pressure, NHS England and Improvement recognised a need to provide rapid, evidence-based support to managers operating in a high pressure environment. Evidence suggested that post-traumatic stress disorder was a real risk, but it was also a possibility that they would emerge with a sense of greater resilience and renewed purpose, sometimes described as Post Traumatic Growth.

It formed its approach by launching a “buildathon” – a virtual, agile design event, bringing together 30 expert contributors from the Centre for Army Leadership, NHS England and Improvement, the Leadership Academy and from the psychological and wellbeing practitioner communities.

The group developed a 10-point plan on “leading compassionately through Covid-19”; produced a series of authoritative three-minute guides, each linked to a theme in the 10-point plan; introduced dynamic support resources, including videos and podcasts offering bite-sized guidance from experts and perspectives from leaders and managers across the healthcare system; and Leadership Support Circles to provide an interactive forum for managers.

The support circles were run virtually and included people from mixed disciplines and organisations. They included evidence-based learning content, but focused on enabling colleagues to share their learnings and stories.

What would have traditionally taken six months to set up was introduced in a matter of weeks. The programme has an average net promoter rating of 91% and 700 managers have taken part. One manager said: “The session helped me to develop key focus areas for staff wellbeing strategies within my own organisation.” 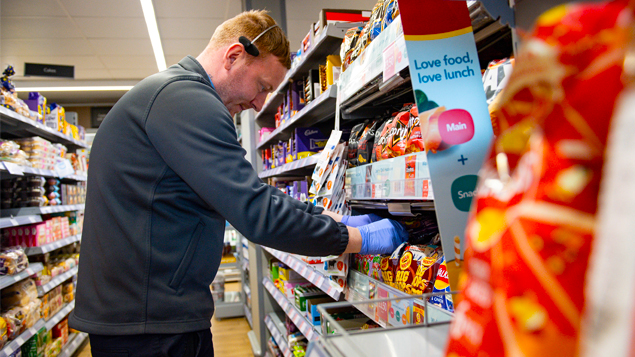