PPMA president: What the public sector needs from the next Government 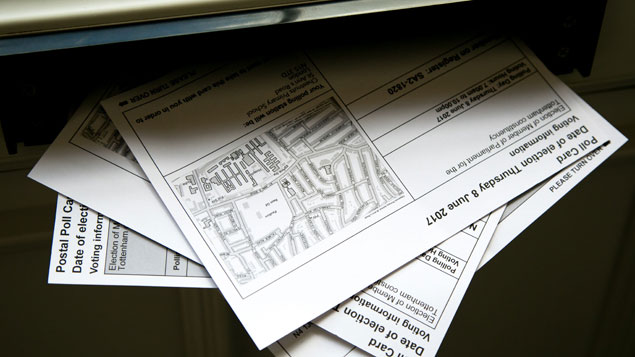 Caroline Nugent is the new president of the Public Services People Managers’ Association (PPMA). On election day, she puts forward the key areas in the public sector she feels the new Government should focus on.

This week’s general election brings into sharp focus a number of key issues I would like our new Government to address as they take control of our policies and our budget.

Election 2017: where do the parties stand on key employment issues?

Corbyn vs May: leadership styles in the spotlight

The party manifestos and employment law

Starting with the obvious one: the cuts, which public-sector employers have all become accustomed to working with and finding creative solutions for.

However, in some areas of our sector they are so severe that they have a detrimental impact on our service delivery as a whole.

This isn’t just about cutting a bit of back office capacity here and there, there are organisations that are missing entire areas of service delivery as a result, such as youth workers and vital social care personnel.

We need support from the new Government to tackle the longstanding misconception that there is still plenty of fat in local government that can be gradually sliced away.

Sadly, it’s the most vulnerable people in our society who will suffer in the long term if we can’t use our skills and knowledge to solve the problems that affect the quality of life of everyone in our communities.

I would also advocate a review of how the funding is allocated, as currently some areas are benefiting where others are losing out. Despite this issue having been raised by local government directors of finance, there has been no movement or flexibility on this.

We need a review of how councils freeze funding formulas, to ensure that the right decisions are being made and that there isn’t simply a blanket rule applied to all councils.

There are so many fundamental operational differences within the public sector that are not currently recognised and taken into account.

In view of the ongoing cuts, many of our people in local government are ready and willing to tackle the problems creatively and make things work but lack the financial investment to do so.

If money were available for councils to “invest to save” in change programmes at their discretion, the return on investment and potential benefits at a local level could be significant.

Our next Government also has a PR job to do in promoting the dedication and passion of our people – who are often seen as complacent but are anything but – and showcase the public sector as an attractive place to work.

Newcomers from the private sector are often amazed at how much is being done to make the public sector work both efficiently and effectively, especially given the amount of legislative processes that have to be followed.

Which brings me on to the apprenticeship levy – if ever there was a good idea in principle that needed reviewing, this is it.

I’m not suggesting a u-turn, but ensuring it’s not a poisoned chalice for the public sector should be a priority. We have been running successful apprentice programmes for over 30 years.

As it stands, the obligations on employers are too onerous, especially around procurement rules, and could prevent us from turning the levy into a positive way to attract the fresh new talent the sector so desperately needs.

The public sector has many jobs we can’t recruit for right now because they require a skillset that isn’t encouraged in schools.

We have been waiting for this opportunity for a long time, and with Labour’s promise of scrapping university tuition fees if they win the election, it is even more crucial that the apprenticeship levy is fit for purpose and offers young people a viable and credible alternative to higher education.

Social care is an ongoing challenge and a potential crisis waiting to happen. The current Government’s plan for integrated health and social care services in local areas has improved joint working, but has not yet achieved its potential.

Short-term solutions from whichever party is in power will only get us so far. Again, we have to look at long-term funding and recruitment issues in both areas in order to get to grips with the pressures our sector faces year in, year out.

These include staff retention and the challenges of recruiting young people into a sector that doesn’t pay well.

Brexit is likely to exacerbate this further, given our heavy reliance on foreign workers in health and social care. So whatever freedom of movement deal is made for our exit from the EU, our new Government would do well to keep this firmly in mind.

This applies equally to the exit caps due to be implemented, a set of reforms introduced as part of the funding cuts to public services which are more punitive to local government than other public services.

When you consider that many of our loyal public-sector workers have been on relatively low salaries throughout their careers compared to their private-sector counterparts, with increasing erosion of their pay and working conditions in recent years, this feels like a kick in the teeth.

Along with the apprenticeship levy, I consider this the single biggest opportunity for review by the next Government in order to support the future health of the public sector and a sustainable workforce.

Caroline Nugent is President of the PPMA and Director of HR & OD at oneSource, London Boroughs of Havering & Newham
View all posts by Caroline Nugent →
Previous Article
Next Article