By Adam McCulloch on 25 May 2018 in Brexit, Latest News, Skills shortages 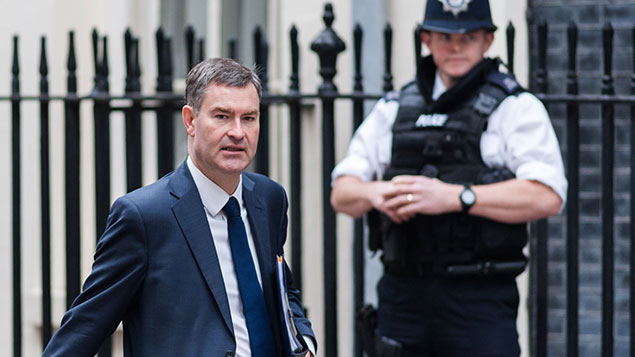 Prisoners could play a significant role in helping bridge a post-Brexit skills gap, according to secretary of state for justice David Gauke.

In a speech to launch a strategy to boost prisoners’ employment prospects, Gauke listed catering, construction and agriculture as sectors in which prisoners could plug holes left by workers from EU countries who had left the UK.

FAQ: Can an employer dismiss an employee because they are in prison?

The Prison Reform Trust greeted the announcement with caution, stating that while introducing prisoners to work was a vital part of their rehabilitation, safeguards would have to be in place to prevent any exploitation.

Gauke acknowledged that migrant workers had played a vital role in the economy but said he thought the British public wanted as many UK citizens to be employed as possible. He added that the approaching skills gap should be seen as an opportunity by inmates and employers.

Gauke, a former solicitor, said: “By expanding the use of release on temporary licence for work [ROTL], more prisoners will not only be able to get a foot through the door to sectors like these, but employer will be better able to fill short-term gaps while also developing potential permanent employees for the longer term. That in my eyes is a win-win.”

In the speech, delivered at HMP Isis, a young offenders institution in Thamesmead, south-east London, Gauke urged employers to take a role in establishing a “cultural change” to see more former offenders offered work. This, he said, would reduce reoffending and save the UK economy £15bn a year.

He emphasised that prison must be a turning point in inmates’ lives, not an experience that inevitably lead to reoffending. “The evidence is clear: if a prisoner gets a job after coming out of prison, they are less likely to commit more crime.”

Gauke’s comments on the use of ROTL are significant because the use of the scheme has fallen by more than a third over the past four years, partly because of a few cases in which prisoners have misbehaved in some way and also through policy changes by former justice secretary Chris Grayling. This has led to prison officers being reluctant to use the scheme.

The government and the Prison Reform Trust (PRT) have pointed out that inmates taking part in ROTL are properly risk-assessed and that failures in the scheme make up less than 0.1% of the total. In 2016, according to the PRT, there were 17 failures as a result of alleged further offending – the equivalent of five arrests per 100,000 releases.

The PRT stated, in its new report More Carrot Less Stick: “For many prisoners, particularly those who are serving long or indeterminate sentences, the chance to experience ROTL is a pivotal part of the process of rehabilitation. It allows people to gain knowledge and skills through work, training, education and volunteering, establish contact with families and sort out housing
needs; all factors which can contribute to effective resettlement on release.”

Alex Hewson, policy and communitcation manager at the PRT, greeted the news positively. He said “Anything that allows people to develop transferable skills that gives them an opportunity to gain skills in the workplace is good. But the devil is in the detail. The payment of people would have to be closely monitored. We must be very cautious about prisoners picking fruit and not being properly recompensed.”

Hewson rejected the view that prisoners would be exploited by a large expansion of ROTL. He said: “We’ve seen employers such as Timpson, Halfords, Lendlease and Virgin Trains doing really good work for the right reasons but the Prison Service would need to ensure that prisoners’ rights were upheld.”