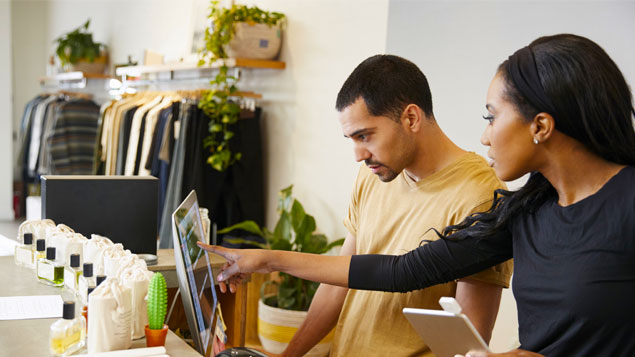 Employers stand accused of rebranding existing low-skilled roles as apprenticeships in order to make use of funding available through the apprenticeship levy.

Businesses are exploiting the UK’s weak definition of “apprenticeship” by offering low-skilled, low-wage and low-quality roles as training programmes, according to a report by think tank Reform.

Such apprenticeships, often in sectors such as hospitality and retail, mean that workers could remain low-skilled after completing their training programme, which Reform said would detract from the value of traditional apprenticeship schemes.

The report – The great training robbery: assessing the first year of the apprenticeship levy – claimed that the Government could spend around £600m on “wrongly-labelled” apprenticeships in 2019-20, out of the £2.7bn it is expected to raise through the levy that year.

A survey by the CIPD earlier this year found that almost half (45%) of employers planned to repackage their existing training schemes to access the apprenticeship levy.

Despite this, Reform suggested the most popular level of apprenticeship being offered was shifting from intermediate to higher and degree programmes, which were aimed at attracting older, more experienced candidates. As a result, the age category with the greatest number of people beginning an apprenticeship from May to October last year was those aged 25 and over.

More than half (55.5%) of the apprenticeships started in May-October 2016 were intermediate level, but this proportion fell to 47.8% in May-October last year, shortly after the levy’s introduction in April 2017.

Reform claimed that one such example was the Executive MBA course offered by Cranfield University’s School of Management, which was now being advertised as an apprenticeship “to attract up to a 90% Government subsidy towards the programme costs”.

A spokesperson for Cranfield University said: “It is clear that UK companies are keen to improve their management talent. Cranfield School of Management has responded to this need by re-designing our Executive MBA, in line with employer-led and Government-approved apprenticeship guidelines.

“Our student apprentices come from diverse backgrounds and different industries. Many are under 30 years of age. All have high future potential that their employers recognise and want to invest in.

“Opening a new pathway to higher education through the apprenticeship route is a major opportunity for these employees. Higher-level apprenticeships are levelling the playing field, opening up access to well-paid managerial roles for people who have not necessarily come through traditional academic paths and where there might not be a family history of going to university, let alone of benefiting from postgraduate education.’’

The report said the Government’s decision not to adhere to the internationally-recognised definition of an apprenticeship had meant employers did not have to focus on skilled occupations or promote long-term or systematic training.

“Serving customers in a restaurant is not an apprenticeship, nor is sending a chief executive on an MBA course. They never have been, and they never will be. What’s more, they are not what the public expect to see being associated with the apprenticeship brand.

“The Government is right to focus on apprenticeships, but this is the wrong way to go about it.”

Reform recommended that the Government:

A Department for Education spokesperson said apprenticeships were designed by employers themselves to give them the skills they need.