Risk management and the tiny minority 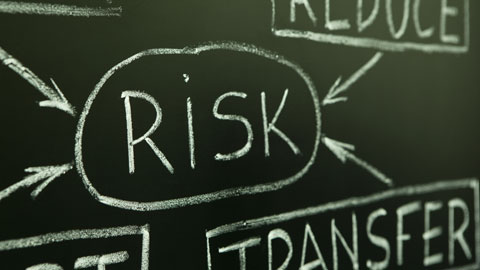 The events that propelled the BBC into a full-scale crisis in autumn 2012 involved only a tiny minority of staff at the broadcaster. The first group were the handful of editors and managers who decided to pull a programme exposing the late Jimmy Savile as a child sex abuser, and the second were the cadre who failed to exercise journalistic checks on the false allegation of abuse against a senior retired Conservative politician. All the while, the vast majority of BBC staff continued to operate at high standards of service in online news, Strictly Come Dancing and the rest.

It feels unfair, but it is a common dynamic. Most of the corporate crises in the past decade, including at several British banks, featured the same unrepresentative minority wreaking havoc, with many innocent bystanders seeing their CVs suffer collateral damage.

The sense of injustice is keenly felt at the BBC, Charles Runcie, head of sport at BBC English Regions, told the staff magazine Ariel: “The actions of a very few, in the febrile atmosphere of W1 and Westminster, will affect the hundreds of BBC departments and many thousands of staff and freelancers.”

Jerry Chester, broadcast journalist at BBC Worcester, observes: “To say, as I have heard on many BBC programmes, that we have ‘lost the trust of the public’ is an insult to the many brilliant programme makers who continue to produce output that is the envy of the world.”

This may be true, but it’s how trust in the brand can be lost: by an unrepresentative minority. At least the BBC looks likely to survive; the accountancy giant Arthur Andersen was brought down a decade ago by the actions of those few who were accused of blocking investigation into fraud at the energy company Enron, whose accounts it audited.

Curiously, the felony conviction against Arthur Andersen in 2002 was overturned in the US Supreme Court in May 2005. By that time, however, the firm had lost its accounting license and had suffered too much reputational damage for it to be able to recover in a substantial way.

The Royal Bank of Scotland experienced the ignominy of rescue by the state following the reckless takeover of ABN Amro and exposure to US sub-prime debt, but huge parts of the empire – such as the retail bank branch and Direct Line insurance – were perfectly well-run, trustworthy institutions. Similarly, most parts of Barclays Bank, whose traders have been accused of rigging the London Interbank Offered Rate (LIBOR), run socially useful services in an honest way. A cashier at a branch of Barclays Bank in Preston has as much to do with LIBOR rigging as they do with oil rigs.

What these disasters highlight is how risk management is really a form of people management. According to Bill Tate, governance adviser at the Institute for Systemic Leadership, it is important to distinguish the different causes of failure in their institutional context. He says the causes may be “an excess of hierarchical power being granted or taken by a CEO – for example, Royal Bank of Scotland betting the firm on ABN Amro, or a small professional group making a serious misjudgment – [such as in the case of] BBC’s Newsnight journalists and decision makers”. It is not just a question of individuals’ performance.

“Discussions [need to be] broadened to include the effect of that person’s work environment on their performance and vice versa,’ says Tate.

Leadership adviser Roger Vicarage, who has helped many organisations through crisis, adds: “What you are dealing with [in the case of the BBC] is a chaotic situation. The first thing you need with any chaotic situation is strong leadership – you have to staunch the flow of blood. And then, if you look at how trust is built, it involves straight talking; listening to other people and understanding their perspective. It involves gradually becoming reliable over time, keeping up commitments – then trust is rebuilt. You don’t go straight to trust.”

In the financial services industry, crises emerged at several institutions owing to years of emphasis on short-term gains with weak risk management. As well as alleged LIBOR fixing, examples include sub-prime lending and the mis-selling of derivatives products and payment-protection insurance.

Integrity is back in fashion

For a long time, mutual societies that steered away from such aggressive tactics were seen as old-fashioned and were subject to campaigns by profit-seekers wanting to end the mutual status to make a quick profit. But following the crisis, integrity is back in fashion.

Paul Beesley, senior manager for people strategy and insight at Nationwide Building Society until early 2012, says: “In September 2007, when people were queuing at Northern Rock to take money out, they were queuing at Nationwide to put money in. It was fascinating to watch as well as being quite scary. And it’s about the element of trust – trust is such a big thing in a brand. Reputation takes ages to build up, but can be so easily destroyed by something going wrong.”

Beesley, who now runs consultancy Beyond Theory, says risk management and people management are two sides of the same coin: ”There is the cocktail party test – if you say ‘I work for so and so’, are you proud or do you hide behind it? You need to have a sense of pride in who you are working for.”

Penny de Valk, former chief executive of the Institute of Leadership and Management, is now advising many City firms in her role at advisers Fairplace Cedar. She says: “There is a risk that managing risk is seen as being just about compliance. But the challenge is around how do you actually validate that people are doing the right things?”

Some financial institutions are addressing this, she says: “At board level, they are much more interested now in doing qualitative interviews and asking questions on the back of the employee engagement survey. They are starting to ask questions [of staff] such as: ‘In this situation, what would you do?’ Also: ‘How okay is it for people to whistle-blow?'”

At Barclays Bank, new chief executive Antony Jenkins has launched a root-and-branch reform initiative known as the “Transform” programme. A spokesperson said the aim will be to renew the ethos and culture across all parts of the business, but that it will not be making further public comment at this early stage. The Royal Bank of Scotland also declined to contribute to this feature.

The BBC press office is resisting requests for interviews while the Pollard Review into the Jimmy Savile scandal is under way. It seems a rather Quixotic gesture of stable-door closing given the amount of opinion from BBC staff already in the public space. However, the corporation appears to be seeking much closer control over press relations. It has sacked two members of staff for “inappropriate” use of social media, and acting head of news Fran Unsworth sent an email to all staff in mid-November warning against unauthorised comment.

Privately, BBC insiders talk of anger and dismay at the mishandling of the Savile affair and of the bungled Newsnight transmission. But they also indicate that morale has stabilised since the appointment of Tony Hall as the new director general. He has both inside experience and a track record of handling difficult internal politics at the Royal Opera House.

Unlike Arthur Andersen, the BBC and British banks are either accountable to or under-written by the Government, so they can’t disappear owing to market pressure alone. But the quest to restore trust and the employer brand may be long and slow. The good news is that involvement of the HR function and attention to employee engagement are seen as being fundamental to this quest.

Philip Whiteley is a freelance business author and journalist