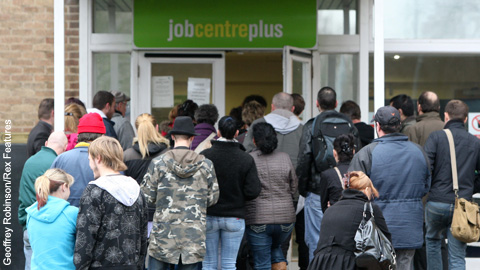 The UK job market has continued to defy the wider gloomy economic picture as unemployment fell by 82,000 between August and October – the biggest quarterly drop since 2001.

The latest Labour Market Statistics report from the Office for National Statistics (ONS) shows that the UK unemployment rate now stands at 2.51 million people or 7.8% of the working population, down 0.2% on the previous quarter and a 0.5% year-on-year fall.

Today’s figures also showed a reduction in the number of  unemployed 16 to 24 year olds. The figure now stands at 945,000, down 72,000 on the period from May to July. However, there have been warnings that the fall in youth unemployment could be short-lived.

Charles Levy, senior economist at The Work Foundation, said: “Today’s labour market statistics show youth unemployment has dropped significantly. However, this pace of change can only be sustained if our economy is creating hundreds of thousands of new jobs every quarter. Unfortunately, in the three months to October the economy only created 40,000 new jobs, far fewer than we have seen recently. Employment among women actually fell by 13,000 over the period.

“However, rather than entering employment or full-time training, it appears that many 16- to-24 year olds are becoming economically inactive. It is too early to make predictions, but there is a real risk that these numbers will represent the end of the recent mini labour market recovery.”

Public-sector employment fell for the 12th consecutive month, by 24,000 to 5.7 million. While this was outweighed by a 65,000 rise in private-sector employment, to 23.8 million, there is concern that these figures reflect increased temporary roles in the period following the Olympic Games and in the run-up to Christmas.

John Salt, director of totaljobs.com, said: “With Christmas on the horizon, we often see part-time and temporary jobs open up at this time of year. However, as with the Olympics, my concern is that the UK economy is being propped up by part-time or temporary workers and until we see growth in real job creation throughout the year, an underemployment bubble will continue to disguise the true picture of the UK’s labour market.

“On top of this, the Chancellor’s Autumn Statement left more of a wintery chill in the air, signalling that we are not through the worst of it and can expect unemployment to rise again next year, hitting young jobseekers and the North of England hardest.”

For more information on labour market and recruitment-related topics, sign up to the Personnel Today recruitment and resourcing e-newsletter.