Employers
are worried that efforts to protect their workforces from the worldwide severe
acute respiratory syndrome (SARS) epidemic could create a legal minefield.

Even
employment experts can’t agree what action organisations should take to protect
staff after the World Health Organisation (WHO) declared Hong Kong, Toronto,
Beijing and parts of China no go areas.

The
UK Government wants staff returning from affected areas to spend two weeks off
work in quarantine to stop the spread of the disease – which has already killed
more than 200 people globally.

But
while employment experts are urging HR directors to implement SARS policies
immediately, they disagree whether the enforced two-week absence should be paid
or unpaid.

Some
experts believe that employers could face unfair dismissal claims if staff are
not on full paid leave.

Sue
Nickson, head of employment at law firm Hammonds Suddards Edge, said: “It would
be unreasonable for employers to do anything but pay staff in full for their
incubation period. Otherwise staff would have possible unfair dismissal
cases.”

However,
the Chartered Institute of Personnel and Development (CIPD) believes
organisations are within their rights to force staff returning from regions
affected by SARS to take their quarantine time as unpaid leave.

Diane
Sinclair, lead adviser on public policy at the CIPD, said: “With staff going to
affected countries employers could argue that staff are breaching their
contract because they know they will not be able to work on their return.”

Robin
Bloom, partner in the employment team at law firm Dickinson Dees, claims
employers could introduce a policy that forces staff to take the extra time off
as holiday.

“It
is reasonable to introduce a policy which states that staff must take the extra
time off as holiday if they are aware before they go that they will be ignoring
WHO advice.”

What
employers should do:

•
Communicate with staff on the company policy, as well as Government and WHO
advice

What
is your organisation doing to deal with the SARS epidemic? 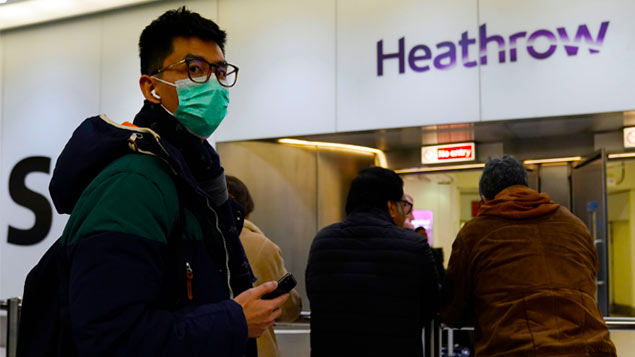 Employers should postpone or cancel business travel to the region of China that has been hit by an outbreak of...