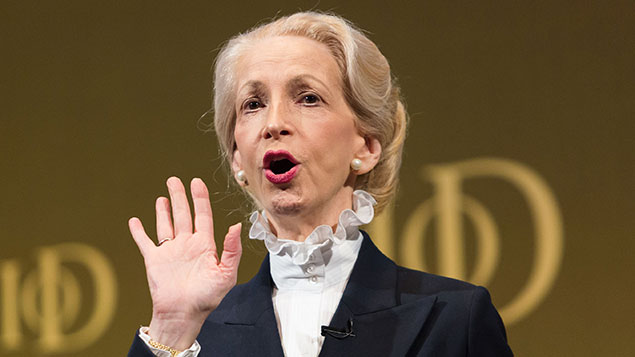 The head of one of the UK’s longest-established business groups has defended the investigation of racism, bullying and sexism allegations against its chair Barbara Judge.

Lady Judge resigned from the IoD having been suspended last Thursday as the result of findings by law firm Hill Dickinson, which were leaked to The Times. She had faced 41 allegations of inappropriate behaviour.

In her resignation letter she said: “I continue to strongly refute the allegations made against me and remain deeply disturbed by the gross and conspiratorial mishandling of the process which has led to the damaging circumstances in which I and the institute are now placed.”

New allegations during a disciplinary investigation

The Hill Dickinson findings revealed that Lady Judge had bullied her assistant and told director general Stephen Martin that “the problem is that we have one black and we have one pregnant woman [on the IoD’s secretariat] and that is the worst combination we could possibly have”.

Martin stated on Friday: “Our HR department took these complaints seriously and instigated a truly independent process through an external law firm, which fully and fairly considered the allegations before producing their conclusion in a final report that the majority of the allegations were true.”

Lady Judge, 71, stated in her resignation letter that her language was “not of the modern standard“ and that she regretted the distress caused. She added that the IoD had breached her trust by recording a secret meeting.

Venture capitalist Sir Ken Olisa, who resigned from his role as deputy IoD chair on Thursday, along with non-executive director Arnold Wagner, defended Lady Judge on the basis that her words had been taken out of context and related to the possibility that two employees could claim discrimination if issues were raised relating to their performance.

“What she should have said was: ‘If there is a performance issue with people in protected categories it needs to be handled with particular care,’” he said.

Martin said: “This is a victory for ordinary staff members, who had the courage to risk jeopardising their careers, to speak out and make complaints about the conduct and language of people in very senior positions.”

Hill Dickinson rejected Olisa’s allegation that its report was full of inaccuracies, adding: “We have relied on the evidence, much of it was corroborated, from the 21 witnesses we interviewed over 34 meetings.” This was supported by substantial documentation, it said.