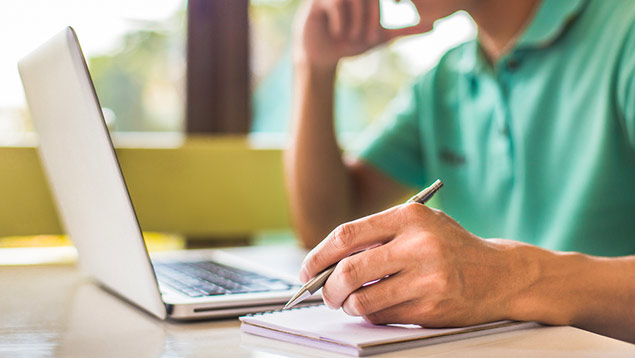 Outsourcing and IT services firms including Capita and FDM Group are facing a legal challenge from former employees who have been subject to demands for up to £18,500 in fees when they decided to leave.

Trainees must agree to work for a minimum period, for example two years, at the companies after completing about four months of training, for which they are not paid. If they leave within the two years they are liable to the fees.

I wasn’t happy in the job but the problem with the contract is there is so much room for manipulation and coercion. The manager knows that you are stuck” – a former FDM trainee

The Good Law Project, which is backing legal contests over Uber’s tax affairs and aspects of the Vote Leave campaign, has characterised the companies’ training arrangements as “indentured labour” on its website and illustrates it through a real-life story about an IT worker, “Dave”, who is unable to leave Capita and move to Hastings to be close to his baby daughter without paying the firm £15,000. Capita could not offer him a role in Hastings, having no clients there.

The services giant’s training – provided under the Novus graduate scheme – is described as being of poor quality and consisting of online video courses which the Good Law Project claims can be purchased online for $29 per month.

Campaigning barrister Jolyon Maugham QC, founder of the Good Law Project, is set to launch a High Court action in a bid to have such practices outlawed, but must first raise £50,000 through crowdfunding site CrowdJustice to support the case.

According to the Good Law Project, the case rests on the court weighing an “employer’s right to protect its legitimate interests against indentured service for inflated training costs on unequal terms”.

The law firm has, through graduates’ website Graduate Fog – which uncovered the practice – found four potential claimants who have been asked for payment by Capita and FDM. Employment law specialists Sean Jones QC, who has represented Hermes deliver drivers and Tesco shop workers, and Michael Lee are acting for a discount on their normal fees.

The Guardian interviewed a former FDM trainee who revealed he had done unpaid training for two months, which included some general guidance on professional skills, such as how to write emails and make presentations, and followed by some IT training. He was then sent for interviews and placed with a company.

He told the newspaper: “I wasn’t happy in the job but the problem with the contract is there is so much room for manipulation and coercion. The manager knows that you are stuck,” he said. He added that the type of training provided by FDM was available online for a few hundred pounds and the training costs levied by the company was “a purely arbitrary fee to stop people leaving”.

When Graduate Fog’s founder, Tanya de Grunwald, challenged Capita IT Resourcing on the issue, a company spokesperson explained: “The objective [of the Novus scheme – which is separate to Capita’s own corporate graduate and apprenticeship schemes] is to bridge the gap between graduate-level experience and the requirements of employers, enabling graduates to overcome barriers and enter a sector with high opportunities for career progression.

“Once the training has been successfully completed Capita secures roles for the majority of participants across a wide range of organisations, including Capita itself.”

Capita said it would not be responding to the potential legal case before it had communicated with the individual concerned and their legal representatives. FDM was unavailable for comment.