By Stephen Simpson on 13 Oct 2014 in Case law, Sex discrimination 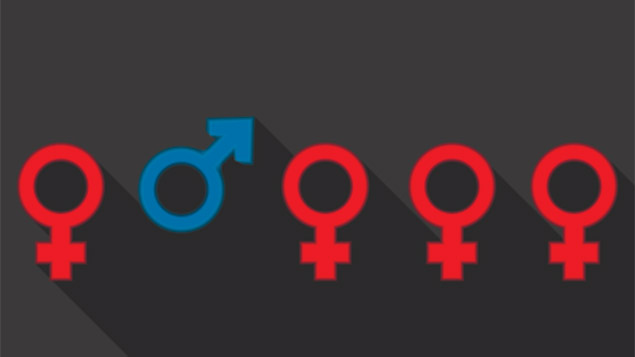 Here, we round up 10 examples of how employers’ actions against men can lead to sex discrimination claims in employment tribunals.

If a woman succeeds in an equal pay claim, comparing herself to a higher-paid male comparator, what are the rights of another man who is underpaid for doing similar work to the woman? In Hartlepool Borough Council v Llewellyn and other appeals, the EAT confirmed that a man can bring a “piggyback” claim, comparing himself with a female colleague doing like work, work rated as equivalent or work of equal value who has herself succeeded in an equal pay claim.

In Eversheds Legal Services Ltd v de Belin, a law firm’s attempts to deal fairly with the redundancy selection scores of a woman on maternity leave backfired. The EAT held that a male employee suffered sex discrimination when he was selected for redundancy after his colleague on maternity leave was automatically given the highest possible score in respect of one of the selection criteria.

What is the difference between positive action and positive discrimination?

What “positive action” is permitted under sex discrimination legislation?

What are the advantages for employers of taking positive action?

In a recruitment or promotion situation, is an employer obliged to offer the position in question to a candidate with a protected characteristic that is under-represented?

What is the main risk for an employer that applies the positive action in recruitment and promotion provisions?

Is it lawful for an employer to indicate that a vacancy is aimed at women if the job is advertised in a women’s magazine?

Are there any circumstances in which an employer can insist on recruiting either a man or a woman?

4. Positive discrimination in favour of women is unlawful

Employers need to be aware of the difference between positive action, which is lawful in limited circumstances under the Equality Act 2010, and positive discrimination, which is generally unlawful.

For example, an employer that feels that women are underrepresented in its workforce is quite entitled to encourage women to take advantage of opportunities for employment. This is permissible under the Equality Act 2010 and might include stating in a job ad that applications from women are particularly welcome.

However, it would be sex discrimination against men for an employer to set quotas to recruit or promote a specific number or proportion of women. In EFTA Surveillance Authority v Kingdom of Norway, a European court ruled that Norway acted contrary to European law by adopting a rule reserving a number of academic posts exclusively for women.

5. Assumptions that a particular type of work or duty within a job is unsuitable for a man

However, as Etam plc v Rowan demonstrates, the scope for this provision is limited. In that case, the EAT found that the employer had failed to show that a job as a sales assistant in a women’s clothing store had to be done by a woman because it could have organised the work so that a man did not have to undertake duties in the fitting room.

Similarly, in Brown v The Flagship Crèche Co Ltd, a fully qualified male nursery worker who left his job because of a rule barring male staff from taking girls to the toilet was found to have been subjected to unlawful sex discrimination.

6. Female-dominated workplaces can lead to sex discrimination against men

There are examples from case law of employers with mostly female staff discriminating against male employees or job applicants. In Taylor v Freemans Mail Order, a male manager in a predominantly female organisation was unlawfully selected for redundancy by a female manager who chose to retain women in preference to men because she thought that they would “better fit into the organisation”. In Flynn v The Governors of St Peters C of E Combined School, the failure to shortlist the only male applicant out of a substantial number of applicants for a post in a school where almost all the staff were female was found to be sex discrimination.

7. Men are protected from sexual harassment under the Equality Act 2010

Although sexual harassment is often thought of as a man making sexual advances towards a woman, male employees can be the victims of sex discrimination under the Equality Act’s harassment provisions.

In Basile v Royal College of General Practitioners and others, a man was found to have discriminated against another man by making lewd sexual comments and gestures. In Craddock v Fontoura t/a Countyclean, a male employee was harassed by a manager who made misguided attempts to “play Cupid” between the male employee and a new female employee.

8. Man could be discriminated against because of his marital status

In Bloomberg Financial Markets v Cumandala, a male job applicant for a Madrid-based job argued unsuccessfully that his prospective employer assumed that he would “lack commitment” because his wife was unwilling to relocate from the UK and he would therefore need to commute weekly from London to Madrid.

9. Health: avoid requirements that could amount to sex discrimination against men

Employers should avoid requirements related to medical conditions that are more prevalent in one sex. For example, statistics have shown that colour-blindness is much more common in men than women. In Webster v Chief Constable of the Hertfordshire Constabulary, an employment tribunal ruled that a male police officer who was removed from operational duties because his colour vision did not meet the required standards was the victim of sex discrimination.

10. Enhanced pay during family-friendly leave for women but not men must be justified

Shared parental leave replaces additional paternity leave for parents of children expected to be born on or after 5 April 2015. This case is a good example for employers that enhance maternity pay but decide not to enhance shared parental pay. It details the justification that they should be prepared to provide if they are ever faced with a sex discrimination claim from a male employee.