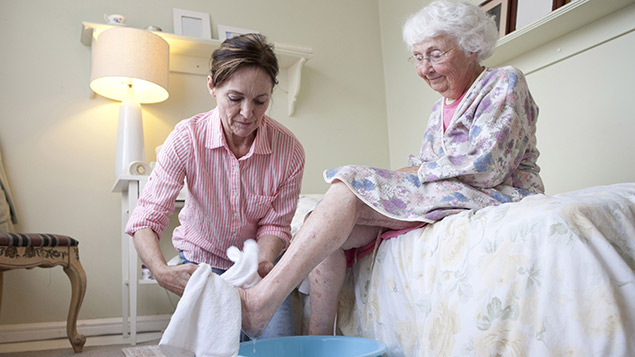 A government scheme designed to help social care providers comply with minimum wage legislation has been described as a “suicide note”.

The Department for Business, Energy and Industrial Strategy (BEIS) announced the launch of a new compliance scheme yesterday for social care employers that might have incorrectly paid workers for so-called ‘sleep-ins’.

Under pay legislation, these staff must be paid the appropriate statutory minimum wage for the whole time they are at work, regardless of whether they are sleeping.

The new scheme allows care providers to volunteer to pay back their underpayment, going back as far as six years, to HMRC. The Government believes it will raise £400 million.

However, it has been suggested that some care providers may not be able to bear this cost and could risk insolvency.

Responding to BEIS’ announcement, the charity Mencap said the Government was putting the jobs of low-paid staff at risk.

Mencap has itself started paying the legal minimum wage to sleep-in staff, but says the bill for six years of back pay is unaffordable.

Full details of the scheme are yet to be made available, but reports suggest that employers will be given a year to determine what they owe to workers, after which they will have to pay up these arrears within three months.

Announcing the scheme, BEIS said: “HMRC will write to social care employers who currently have a complaint against them for allegedly underpaying minimum wage rates for sleep-in shifts to encourage them to sign up to the scheme.

“Employers that choose not to opt into the scheme will be subject to HMRC’s normal enforcement approach.”

HMRC will also write to social care employers who currently have a complaint against them for sleep-in underpayments to encourage them to sign up to the scheme.

Derek Lewis, chairman of Mencap, said: “Despite the Government’s stated commitment ‘to creating an economy that works for everyone’ it appears ready to sacrifice the well-being of some of the most vulnerable members of society and place at risk the jobs of people who are among the lowest paid.

“Today’s announcement may help HMRC understand the extent of the liabilities for back pay but it completely fails to give any reassurance to people with a learning disability that their homes and care are secure and to carers that their jobs are not under threat.

“Three months on from the Government’s commitment to seek a solution to the devastating £400 million liability hanging over the sector, there is only the promise of further delay and no commitment, even in principle, to accept responsibility for a liability created by Government changing the rules.

He added that many smaller social care providers would be unwilling to sign up to the “voluntary” scheme. “Many providers, particularly smaller ones, may be reluctant to take part in the absence of any funding assurance, concerned that they will be writing their own suicide note,” he said.

Emma Burrows, a partner at law firm Trowers & Hamlins, said: “The value of back pay for sleep-ins for social care has been assessed as being £400 million, and the Government has not indicated that any help for this liability will be forthcoming.

“It is likely that this liability will lead to social care providers considering giving some services back to commissioners; possibly facing insolvency issues and certainly being more risk averse in strategic decisions about the care they provide in future.”