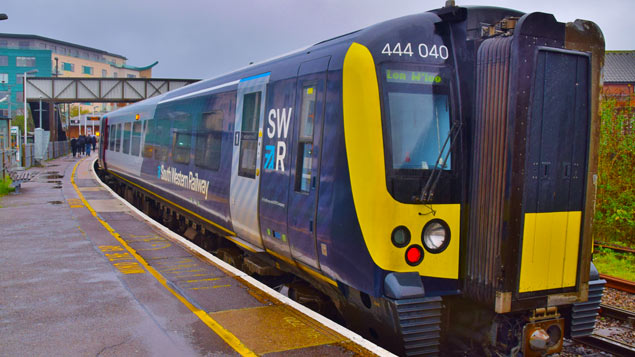 Train drivers and guards for South Western Railway will stage a 27-day strike in December and January – the latest in the long dispute over the role of guards on trains.

The Rail and Maritime Transport (RMT) union claimed the train operator had failed to assure it that SWR’s new operating model would not move to driver-controlled operation – where drivers, rather than guards, are responsible for opening and closing the doors.

What is the difference between official and unofficial industrial action?

The dispute began in 2017 and a series of strikes have been held since then. The union said a deal between the two parties had almost been struck but SWR “failed to honour it” and offered no reasons for the delay in doing so.

RMT general secretary Mick Cash said: “Our members have been left with no choice but to call a further 27 days of strike action on South Western Railway.

“At the last meeting we held with SWR, principles in agreements were made in good faith with the company’s negotiating team and we now feel hugely let down again. As long as the company continues to refuse to give assurances on the future operational role of the guard we will remain in dispute.

The union instructed guards and drivers to walk out from 2 -11 December inclusive, 13-24 December and from 27 December until 1 January 2020.

A South Western Railway spokesperson said: “We are extremely disappointed that the RMT union has once again called for their members to take disruptive industrial action. The deliberate targeting of services up to, and during, the Christmas period is typical of the lack of concern the RMT continue to have for our customers.

“The RMT has always said it wanted us to keep the guard on every train. That is what we have offered as part of a framework agreement if the RMT work with us to agree a method of operation for our new trains which fully utilises the new technology to improve safety, security and accessibility as well as day-to-day performance. Instead the RMT appear purely focused on keeping control of train doors in a misguided attempt to hold power over the industry.

“Whilst we have shown commitment to the role of the guard by introducing over 80 additional guard roles since the start of our franchise, the RMT do not have the long-term interests of either our customers or our colleagues, including their members, at the heart of their actions.

“We remain committed to finding a solution that will help us build a better railway for everyone. We will do everything we can to keep customers moving during strike action.”