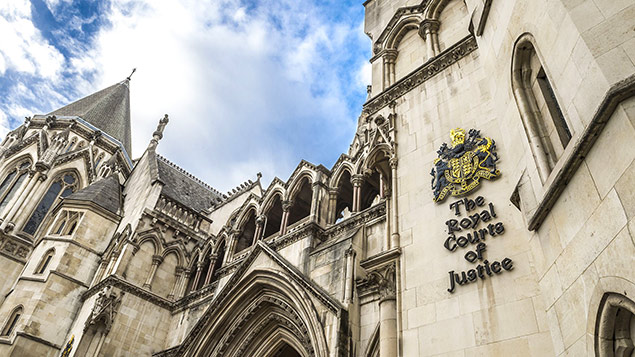 An employee facing disciplinary action may be legitimately suspended from work, but there are circumstances where any such suspension may be a breach of contract. Michael Chattle looks at recent case law that can help employers reduce the legal risk when suspending an employee.

A Court of Appeal judgment has provided greater clarity over when it is appropriate to suspend employees who are subject to disciplinary action without risking breaching implied terms of employment.

When an employee is faced with disciplinary proceedings, particularly where these relate to conduct, it is a common reaction for the employer to look to suspend that employee. On many occasions this step is taken for a legitimate reason – for example, to preserve evidence, to protect the integrity of the disciplinary investigation or to protect other employees.

When should you suspend an employee during a disciplinary investigation?

However, often it is carried out as an automatic response in every situation, with little or no thought being given to reasoning behind the suspension.

A 2017 High Court judgment raised the risk of such an approach being taken by ruling that taking such steps as a “knee-jerk reaction” is likely to be a breach of the implied term of trust and confidence that exists in all employment relationships, so giving rise to a claim by the employee of breach of contract or constructive dismissal. This can pose significant risks to an employer as not only could it give rise to an award of compensation but it could lead to the employer being held to be in breach of contract, potentially allowing the employee to escape any post-termination restrictions that they were subject to.

However, the most recent Court of Appeal ruling in London Borough of Lambeth v Agoreyo,  overturning the High Court’s judgment, while still serving as a caution to employers, does reduce the risks for employers and provide greater clarity over what steps should be taken when looking at potentially suspending an employee.

In this, a primary school teacher with significant experience was suspended for alleged instances of using physical force against students in her class with behavioural issues. The suspension followed complaints by a number of other teachers at the school and was to be for the duration of an investigation into the incidents. The individual resigned the same day and brought a claim for breach of contract (unusually in the County Court and not the employment tribunal).

The letter suspending the individual stated, among other things, that “the suspension is a neutral action and is not a disciplinary sanction. The purpose of the suspension is to allow the investigation to be conducted fairly.”

After initially succeeding in her claim in the County Court, where it was ruled that the school had reasonable and proper cause to suspend the individual, the case was appealed to the High Court. Here the County Court decision was overruled as the High Court Judge held that the decision to suspend the individual was a “knee-jerk reaction”, the facts of the case did not sufficiently establish that suspension was reasonable and necessary. The act of suspension therefore amounted to a breach of the implied term of trust and confidence.

It was also held by the High Court that the act of suspension was not a “neutral act” due to the potential stigma that was associated with being suspended (even if no further action was then taken) and that suspension should be reserved as a last resort.

The Court of Appeal subsequently overturned the High Court’s judgment on the issue and made a number of key findings:

Conclusions and top tips when suspending an employee

While this case does not offer a dramatic change in the direction of the law, it does clarify the position for employers when it comes to suspending employees and offers a view which is more employer friendly than that originally taken by the High Court. Employers can take a degree of comfort that they are not automatically at high risk of a constructive dismissal case every time they suspend an employee pending the conclusion of disciplinary proceedings.

However, this case does serve to reinforce the position that employers should not suspend all employees subject to disciplinary proceedings as an automatic default position and if they do so without giving any prior consideration to the issue, there is a significant risk of a breach of the implied term and so potential claims arising.

Instead employers should take time to look at the circumstances on a case by case basis and examine whether suspending the employee would be reasonable taking into account all of the available. For example, considering:

Of course, in many situations it will be justifiable for an employer to suspend an employee, however taking the time to review all of the facts available and ideally document the consideration that went into the issues, will protect the company as far as possible from allegations of making a “knee-jerk” reaction.