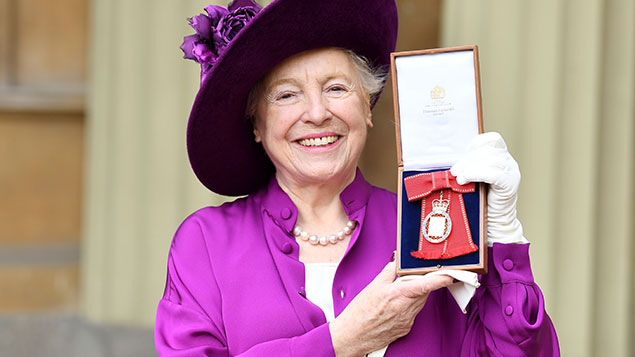 The technology sector attracts a lot of criticism for its lack of representation of women. But as we celebrate International Women’s Day, Charlotte Attwood looks at how technology itself could help to close the gap.

Gender equality reduces the number of women in STEM

The gender gap is not a new issue, for decades women have been underrepresented in the top roles across almost every industry. But as a society that’s moving towards not only an ever more technologically driven world but a more inclusive one, it’s time for the gender gap to be closed once and for all.

Ironically, though technology permeates almost every aspect of our society, only one in six women are tech specialists in the UK. Further, only one in 10 of these women are in senior management positions, while half of all social media users and gamers in Britain are women.

These figures, when placed in conjunction with the fact that there is not one single sector in the UK where women make up more than a third of total senior management positions, paints a very bleak picture.

The answer to closing the gender gap in technology is, perhaps unsurprisingly, harnessing the tech itself. It’s widely recognised that it makes as much good business sense as ethical sense to have equal representation in leadership teams however, while many UK businesses have made positive steps in the right direction, much more needs to be done.

Possibly the biggest obstacle facing equality in the top positions of technology and other sectors around the globe is unconscious bias.

Both positive and negative stereotypes, socially reinforced subconsciously through popular culture and socio-economic “norms” have for many years dictated and influenced the decision-making process for hiring or promoting employees, or from employees themselves in making career choices.

Especially in technology, there is a public perception that Silicon Valley is a “boys’ club” and even new innovative emerging technologies such as blockchain, the dominance of men at the top of the industry is hard to ignore.

However, artificial intelligence (AI) software is beginning to be used by a number of leading organisations and recruiters to eliminate this unconscious bias in the workplace.

These algorithms are intrinsically based on and driven by quantifiable data and meticulously trained to ignore and discount historical prejudices.

Harnessing AI in this way will ensure that all candidates, both male and female, are judged solely on their merit, qualifications and experience when applying for the same role.

We are also starting to see one of the newest innovations of the last decade being used to help combat unconscious bias in the workplace.

Blockchain, the technology that underpins cryptocurrencies like Bitcoin, as a globally distributed digital ledger is able to hold any asset of value immutably – this includes qualifications and experience.

Having a verified CV where all information pertaining to a candidate’s career is hosted, and cannot be tampered with, will mean that employers and recruiters will have no doubt as to which candidate has the most experience for a role.

Another barrier to gender equality in the boardroom has been the taboo against working flexibly or part time, especially when returning from maternity leave or looking after children.

However, the rise of easily accessible communication tools such as Instant Messaging, Slack and iMeet has enabled millions of people to make rapid decision making, keep up to date on important details and resolve important issues regardless of location or time.

This flexible, smarter way of working means that work does not have to stop when out of the office and opens the doors to those parents who want to continue working while taking care of their children.

While the technology industry may have one of the biggest problems with gender equality, especially in senior positions, it is technology that will ultimately help close this gap.

Changes in societal attitudes have helped significantly, however, it is through harnessing the likes of blockchain, communication tools and AI that we will remove the gender gap in business once and for all.