Test yourself: Which non-religious beliefs have been protected by discrimination laws?

By Stephen Simpson on 29 Jul 2014 in Belief discrimination 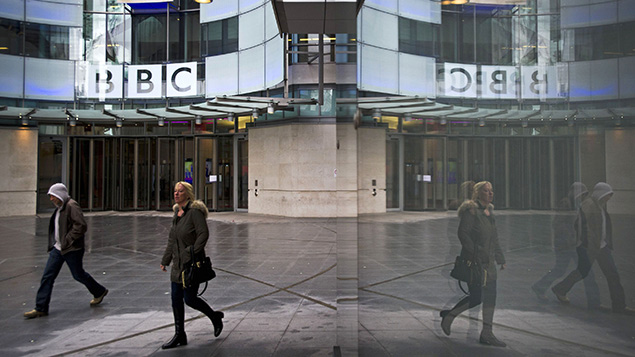 We round up an eclectic list of beliefs that claimants have argued constitute “philosophical beliefs” under equality legislation before employment tribunals. Can you work out which of these beliefs tribunals have found to be protected?

In Grainger plc v Nicholson, the Employment Appeal Tribunal said that, for a philosophical belief to come within the Equality Act 2010, it must:

Read the definitions below that the courts have ascribed to a “philosophical belief” before working out whether or not the tribunal in each case found the beliefs to come within the Equality Act 2010. Click the case name to find out if you were correct. A summary of the answers is found at the end of this article.

Note: Each case was decided on its facts and it does not necessarily follow that, because the claimant’s belief comes under the protection of discrimination legislation, he or she was actually discriminated against.

1. Refusal to lie to customers

A Christian telesales agent said that he was dismissed for his belief that potential customers should not be deceived to obtain sales. The telesales agent claimed that he was told during his training to “be creative” when talking to “gatekeepers” such as secretaries and PAs, which he took to mean that it was OK to lie to customers to help secure sales.

2. Wearing a poppy in November is important

An employment judge was asked to decide whether or not an ex-serviceman’s stated belief that “we should pay our respects to those who have given their lives for us by wearing a poppy from All Souls’ Day on 2 November to Remembrance Sunday” is a philosophical belief. He claimed that his employer prevented him from wearing a poppy at work during this period, even though he considers that, as an ex-serviceman, he has an obligation to show respect for the sacrifices of others during wartime.

A former BBC employee claimed that the BBC discriminated against him because of his belief that “public service broadcasting has the higher purpose of promoting cultural interchange and social cohesion”. The former BBC man had been a student leader, trade unionist and journalist in South Africa at the time of the anti-apartheid struggle. He was also a founder member of the Media Workers Association of South Africa and told the tribunal that he was forced to flee South Africa in 1987 after his reports for international news outlets led to police raids on a news agency.

Judgment in Maistry v BBC: philosophical belief or not?

A social exclusion officer at a school became the leader of Liverpool City Council and was later elected as the mayor of Liverpool. He performed both roles on a full-time basis and the school granted him leave from work to do so. Following the termination of his employment, he claimed in the employment tribunal that he was directly discriminated against because of his commitment to public service.

5. There is a need for efficient use of money in the public sector

A police worker who became frustrated with what he saw as Dorset Police’s “waste of public money” brought a claim that he was discriminated against because of his “profound belief in the proper and efficient use of public money in the public sector”. He says that he feels a sense of duty to the general public to highlight waste on “institutionalised bureaucracy” and believes in this philosophy so deeply that he is prepared to put his job at risk and has done everything short of resigning to challenge “wasteful activity” within the police.

Judgment in Harron v Chief Constable of Dorset Police: philosophical belief or not?

A jobcentre worker was dismissed for gross misconduct after his employer found out that he had stood in local elections as a candidate for the Labour Party without getting his employer’s permission and for having a letter published in the local newspaper criticising the Government’s tax policy. The Labour Party activist claimed unfair dismissal and religion or belief discrimination based on his “democratic socialist” views as a long-standing Labour Party member and activist.

Judgment in Olivier v Department for Work and Pensions: philosophical belief or not?

A violinist was suspended after she put her name to a letter published in the Independent newspaper protesting against an invitation to the Israel Philharmonic Orchestra to perform at the 2011 Proms. The London Philharmonic Orchestra, which was identified in the letter, claimed that its reputation was damaged after the issue received substantial media coverage. The violinist brought a claim for discrimination because of her philosophical belief in “humanism”.

An intelligence analyst for the South Yorkshire Police Authority included in a report details of his conspiracy theories about the London bombings of 7 July 2005 and the 11 September 2001 attack on the World Trade Center in New York. Following his dismissal, he argued that he was discriminated against because of his belief that the terrorist attacks of 9/11 and 7/7 were carried out by the US and UK governments, and were part of a “gigantic” and “evil” conspiracy.

9. Homosexuality is against God’s law and there was no Holocaust

The claimant’s views include that “homosexuality is contrary to God’s law and nature” and “no Jewish people were killed by the use of poison gas in concentration camps during the Second World War”. He claimed that he had been discriminated against for espousing his views in the workplace. The claimant’s beliefs on homosexuality could be demonstrated by a letter that he wrote to his local newspaper in which he concluded that the Bible infers that death is an appropriate penalty for those who approve of homosexuality. He also holds the view that there is no reliable witness testimony of the gassing of Jewish people during the Second World War and that the testimonies of Nazis convicted at the Nuremberg trials were forced through brutality and therefore unreliable.

Judgment in Ellis v Parmagan Ltd: philosophical belief or not?

10. Mankind is duty-bound to act on catastrophic climate change

The employee’s asserted belief was that “mankind is heading towards catastrophic climate change and therefore we are all under a moral duty to lead our lives in a manner which mitigates or avoids this catastrophe for the benefit of future generations, and to persuade others to do the same”. He argued that his belief “affects how I live my life including my choice of home, how I travel, what I buy, what I eat and drink, what I do with my waste and my hopes and my fears”. For example, he said: “I no longer travel by airplane, I have eco-renovated my home, I try to buy local produce, I have reduced my consumption of meat, I compost my food waste, I encourage others to reduce their carbon emissions and I fear very much for the future of the human race, given the failure to reduce carbon emissions on a global scale.”

Judgment in Grainger plc v Nicholson: philosophical belief or not?

The answers: philosophical belief or not?