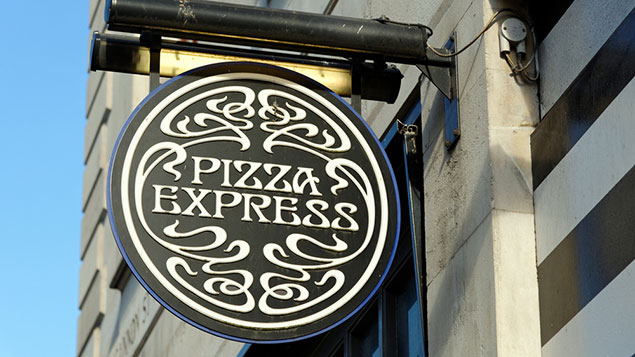 Around 10,000 jobs at UK Pizza Express outlets could be at risk as the scale of the debts facing the popular family restaurant chain emerges and the company prepares for talks with creditors.

The restaurant, like many in the UK, is facing particularly tough trading conditions that have already accounted for Jamie’s Italian Kitchen (22 outlets) and 100 branches of Prezzo among others.

According to restaurant financial specialist Langton Capital, Pizza Express’s £1.1bn debt works out at about £1.6m per restaurant. This, it tweeted, was “not sustainable”. Bloomberg reports that adviser Houlihan Lokey has been appointed to help the chain prepare for talks.

The chain’s most recent annual report recorded that UK sales fell slightly by 0.9% as a result of unusual weather (a late cold winter and hot summer) in 2018.

Overall, the group achieved revenue growth of 1.6% in 2018 but noted that the struggles of its UK & Ireland market, by far its most important segment, had impacted profitability, citing labour and property costs.

Pizza Express employs about 14,000 worldwide in 627 restaurants; at least 470 of which are in the UK. The others are mostly in Ireland, China, Indonesia, India and the Philippines. Last year the company opened 22 restaurants in China and Hong Kong, three in the UAE and one in Singapore. There were four additional restaurants opened in the UK and Ireland.

With global deals signed with Deliveroo, the development of new franchise markets and investment in staff training, leadership and engagement, the company has been seen as forward-looking and perhaps less vulnerable to new trends affecting restaurants than some chains. It has also succeeded in cutting its gender pay gap, reducing the median gap to 3.3%, an improvement of 1.6 percentage points compared with 2017, with the number of women in more senior roles being increased.

The company was set up by Peter Boizot in 1965, who was inspired by the local cuisine when travelling to southern Italy and was also keen to use the restaurants as venues for live jazz. He owned the company until 1983 when it was floated on the London Stock Exchange. In 2014 it was sold to the Chinese group Hony Capital for £900m. Boizot died last year.

In 2008 the company was accused of paying staff less than the legal minimum wage, relying on tips to make up the gap, a practice that has since been made illegal.