One in 10 NHS psychiatrist posts vacant 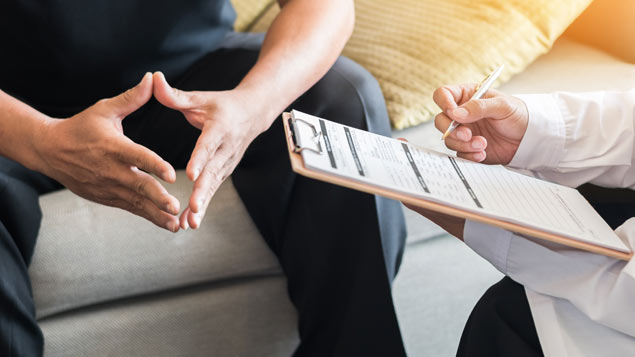 The rate of unfilled NHS psychiatrist posts in England has doubled over the past six years, with almost a tenth of consultant psychiatric roles vacant.

That is according to a survey by the Royal College of Psychiatrists, which found vacancy rates are particularly high in areas of mental health care being prioritised by the government – including mothers struggling after the birth of a child, under 18s,  and people with eating disorders.

No-deal Brexit could send NHS ‘toppling over the edge’

“We know exactly what is needed and action must be taken now to implement practical solutions which will make the NHS a better place to work,” she said. “We must urgently address some of the burning issues around the NHS workforce, such as the pensions crisis and unacceptable levels of work-related stress.”

The college called on the government to make junior doctors’ lives easier by making sure they have hot food to eat when on call at night; car parking spaces available during the night shift; and ensuring that there is no delay in getting paid if they move from one hospital to another.

It has launched a Choose Psychiatry campaign to encourage more junior doctors to consider a career in mental healthcare, as well as a perinatal bursary training scheme to help more psychiatrists work in mother and baby units.

Dr Kate Lovett, dean of the Royal College of Psychiatrists, told the BBC’s Victoria Derbyshire programme that mental health is not seen as a prestigious area to go into.

“Junior doctors tended to think, ‘Am I cut out to do this?’” she said.“Medical students just don’t seem to be attracted to work in mental health, and it’s the same with GPs, too.

“We need more students going into medical school and we need the NHS to be the best it can be so they’re attractive places for medical students.”

The Department for Health and Social Care said expanding the mental health workforce was a key priority and noted that its interim NHS people plan explains it will do this by addressing pensions tax concerns, increasing university clinical placements and greater international recruitment.

Speaking on BBC Radio 4’s Today programme, health secretary Matt Hancock said: “One of the reasons that there’s so many vacancies is because we’re expanding that workforce, we’re expanding the amount of mental health services in the country and that’s much needed… So the money is going in. One consequence of that is that we’ve got more vacancies because we’re hiring essentially – both doctors and mental health nurses.”