By Charlie Pring on 18 May 2018 in Latest News, Migrant Workers, Immigration 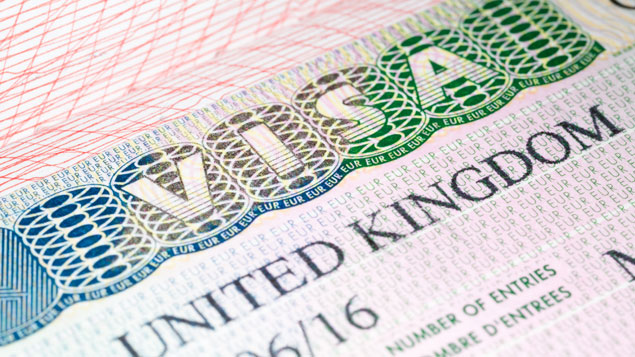 The quota on Tier 2 (General) visas has been reached for several consecutive months, which is causing serious issues for employers that require skilled workers from outside the EU. Charlie Pring from Taylor Wessing describes the current cap level as inflexible and looks at alternative routes employers might take for much-needed talent to gain visas.

With the Windrush scandal, a multitude of “hostile environment” cases and the need to design a new immigration system fit for Brexit, there’s plenty for new home secretary Sajid Javid to get to grips with. And now, a recruitment crisis for employers trying to hire skilled foreign workers must be added to that to do list.

The Home Office imposes a quota on the number of sponsored Tier 2 (General) work visas. Demand for these visas has exceeded the monthly cap level for six consecutive months from December 2017 to May 2018, resulting in many employers being unable to sponsor visas for the skilled workers they need.

How does the cap work?

The annual Tier 2 (General) cap is set at 20,700 for each visa year running from April to April. That total is split into monthly limits, frontloaded to the first half of the year, with 2,200 available in April, then 2,000 each month from May until September, 1,500 from October until February, and finally 1,000 in March.

Not all Tier 2 recruitment is caught by the cap. For example, intra-company transfers (Tier 2 ICT), most applications filed in the UK and high-earner recruitment where salary is at least £159,600, are exempt. For “restricted” Tier 2 (General) cases where the cap applies, usually where the application will be filed outside the UK, sponsors must make an application to the Home Office to request permission to hire.

A small number of PhD-level roles, jobs that appear on the shortage occupation list and graduates hired through a milkround receive priority and are effectively guaranteed approval. Remaining requests are prioritised by proposed salary level – the higher the salary the more points are awarded. The type and location of the job, the sector that the employer operates in and employer size are irrelevant.

The minimum salary level to qualify once the cap has been hit will fluctuate each month, depending on demand. Since December 2017, it has been £50,000 each month, rising to £60,000 in March when there is a lower allocation.

Although statistics for May have not been published at the time of writing, Home Office data disclosed in a freedom of information request suggested that employers should prepare for more of the same during 2018, as demand is not slackening. Despite the Home Office approving 2,200 visas in April – the month with the highest quota available – almost the same amount were refused, continuing the trend of a monthly refusal rate of almost 50% since last December.

Employers should warn affected candidates and hiring managers about the impact of the cap in case it affects hiring timelines and employment terms. It is also important that prospective employees whose recruitment is caught by the cap understand the risk of resigning from current employment before approval is granted.

The cap is causing severe problems for employers. It is well known that the NHS has been unable to recruit several hundred doctors that it urgently needs. Other public sector workers like teachers are also being impacted. But it is also affecting businesses across an array of sectors. We have seen visa requests refused repeatedly for highly skilled engineers, software developers, IT specialists and financial professionals.

A common theme is that these employers have conducted extensive recruitment searches over many months, including the resident labour market test (advertising), before being denied by the cap and being told that they can only sponsor a visa if they pay about twice the UK’s average salary.

Employers appreciate that the monthly limit was not reached for more than two years until last December and understand the need for visa restrictions. After all, what is the point of a cap if it is never hit? It is the arbitrary nature of the quota that has caused hardship to employers and candidates. The cap level was set many years ago – long before Brexit – and is inflexible, with no built-in mechanism to adjust to changing circumstances.

A strong labour market, a “Brexodus” of EU talent, a widening skills gap and the need for nurses to remain on the shortage occupation list (automatically taking a large chunk of approvals each month) has put a huge pressure on the system.

Demand remains high partly because unsuccessful employers can apply again in subsequent months, for up to six months from when the vacancy was first advertised. Where recruitment budgets permit, the temptation is to increase salary level in later requests to improve prospects of success, provided that the new salary is still within the advertised range. Sponsors do need to be careful with that approach as it can have unintended consequences in relation to grievances, equal pay or discrimination claims by other colleagues who may end up being paid less for the same job.

Employers should warn affected candidates and hiring managers about the impact of the cap in case it impacts on hiring timelines and employment terms.”

Employers should always check whether the non-EU candidate has a different visa route available, for example if their partner/spouse is a British/EU citizen, or a non-EU citizen with their own UK visa, enabling the candidate to obtain a dependant visa. An employee on that type of visa can work in the UK almost without any restriction. There are also personal Tier 1 visas for those with “exceptional talent” or those making substantial investments into the UK.

If the candidate is already working for the UK business as part of an international group, check whether that person worked for a linked international office before coming to the UK. That can sometimes be the case for employees currently on Tier 5 or dependant partner visas, who will be caught by the cap when converting to Tier 2 (General). If they did work for an overseas office before arriving in the UK, they may qualify for a Tier 2 (ICT) visa, because the required 12 months of overseas service can include a period of service before they came to the UK.

With widespread media reporting of the impact of the cap, employers may be hoping that the Home Office will step in to ease the blockage. As an alternative to simply increasing the overall cap level, campaigners have suggested creating a separate visa category for medical professionals in the NHS to remove them from the quota.

Many of those roles are not shortage occupation, so the easiest immediate temporary solution pending a wider review is to remove all PhD and shortage occupation roles from counting towards the cap level. Shortage occupation approvals are thought to make up 20% to 25% of the total requests, so although this may not stop the cap being hit, it should help to reduce salary level for other employers to a more realistic level.

Either way action is needed quickly to reduce the pressure on the system and to give employers the ability to hire the skilled workforce they need.