As protests greet Donald Trump’s arrival in the UK, Michael Hibbs looks at the recent news from Canada, where a restaurant manager was fired for refusing to serve a man wearing a ‘Make America Great Again’ cap, and examines the implications for employers in the UK.

While the news garnered much interest because of its political theme, there are lessons for UK employers and their employees about what they can and can’t do when choosing who they serve in their establishments. While the law is clear, any business which fails to follow the rules could find itself in hot water.

The manager, Darin Hodge, stated that his personal beliefs – around President Trump and what the red hats are perceived to symbolise – meant that he was unable to serve the cap-wearing customer. However, his employer found cause to dismiss him as they believed he wasn’t acting in accordance with the business’ overarching ‘philosophy of tolerance’.

It’s an interesting topic and one that is dealt with all over the world. Should a business or its employees ever be able to refuse service to a customer? The answer, in a nutshell, is yes. However, this does come with caveats about how particular decisions about policies are reached.

If an employer has reason to believe that a particular customer or group of customers is causing harassment or distress to any member of the staff, then they are perfectly within their rights to refuse service. However, if the reasoning behind that stems from the customer possessing certain protected characteristics – for example age, race, sexual orientation and religious belief – then the business risks slipping into the area of discrimination and could end up exposing itself to claims.

Belief as a protected characteristic

Religion or belief discrimination: Dismissal of Christian teacher who stood by convicted husband was discriminatory

Any move by an employer to refuse service to people because of one of these characteristics is not allowed under UK law. For example, as an employer, if there is a male customer causing a disturbance in the restaurant and acting in a threatening way towards staff, it is perfectly legal to refuse service because of his behaviour, but not because he is male.

An ongoing case closer to home explores the same issue. Ashers Bakery, in Northern Ireland, refused to make a cake with a slogan promoting gay marriage, as they felt it stood at odds with their religious beliefs. The defendant’s appeal, which was recently heard at the Supreme Court, brings the issue of protected characteristics into the spotlight once again and seeks to overturn the original ruling that it is unlawful to stop someone ordering a cake with a pro-gay marriage statement on it, as this would count as discrimination on the grounds of sexual orientation. 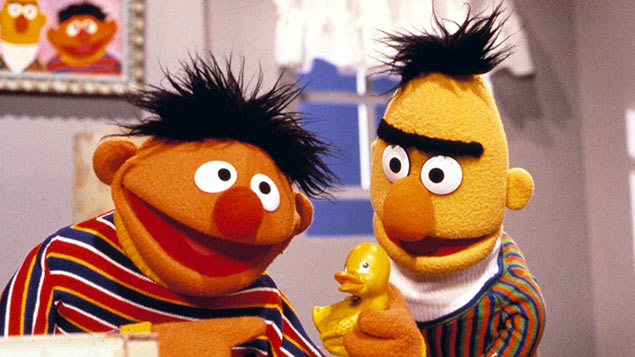 In the case of Mr Hodge in Canada, the situation is slightly different in that he was fired for failing to comply with his employer’s workplace policy. However, as long as people are not being discriminated against because of protected characteristics, employers can put in place whichever type of policy they choose.

Even though Mr Hodge believed that what the Trump hat stood for went against his personal beliefs, these are not classed as a protected characteristic in Canada although, in the UK, Mr Hodge may have succeeded if he could show that his belief was integral to his daily life. Philosophical belief, when certain tests from case law are applied, is a protected characteristic under the Equality Act.

Another example where employees have in the past bashed heads with their employers in the workplace and in the courts is over dress codes. Often, policies will prevent employees from wearing items of clothing which show religious symbols or political slogans.

Of significant note has been the question mark surrounding the wearing of crucifixes, brought to light by the case of Nadia Eweida, who was successful in a legal battle against her employer, British Airways. The law was changed earlier this year to state that employers cannot prevent their employees wearing religious items, unless they can give specific information about how it may impact their ability to undertake their daily work tasks.

Ultimately, employees are an extension of their employer’s brand and it’s important that policies are adhered to while at work. From the employer’s perspective, communication with the workforce is key and any policy – especially those which relate to serving customers – must be made clear to every staff member on joining the business. It must also be communicated that there is not one policy for one employee and one for another; essentially everyone must abide by the same rules. This is where Mr Hodge fell down.

While employers have a right to put policies in place to refuse service to whomever they choose, it’s essential that they tread carefully, ensuring they do not target any particular group possessing protected characteristics. Failing to do this, along with communicating policies to employees, could quickly lead them down the route of discrimination claims.

Michael Hibbs is head of employment law at Shakespeare Martineau.

Police complain about accommodation ahead of Trump visit