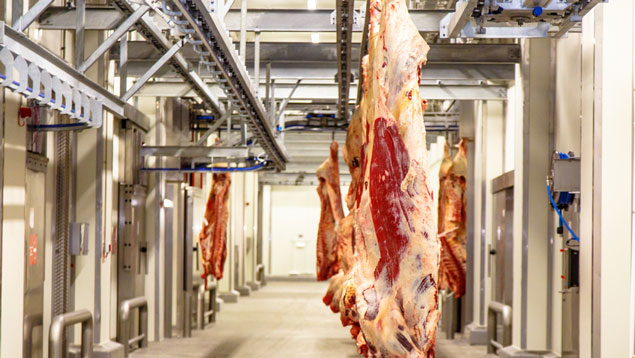 The recent decision on Anglo Beef Processors UK v Longland is the latest TUPE case to confirm the rules on when activities remain fundamentally the same after a transfer. Dr John McMullen looks at the ruling and the case history behind it.

In order for there to be a service provision change to TUPE transfer under regulation 3(1) (b) of TUPE, the activities taken over by the new provider must remain “fundamentally the same” as before the transfer. The Employment Appeal Tribunal (EAT) has recently emphasised that a common sense approach must be taken to the meaning of the word “activities”, and its decision in Anglo Beef Processors UK v Longland is the latest example of this.

Deal with the situation where the transferee disputes that TUPE applies

The facts of the case

Mr Longland was employed by Meat & Livestock Commercial Services Limited as a carcass service officer. This meant classifying carcasses in an abattoir.

His employer provided these services to Anglo Beef Processors UK under a commercial services agreement. Mr Longland’s duties involved identifying and weighing carcasses, recording information, marking carcasses and making sure they were classified properly in accordance with statutory regulations.

Although this involved manual classification his employer had used a VIA (video imaging analysis) machine for some time. This enabled Mr Longland to carry out some of his duties with the assistance of the VIA machine although it was not fully using computer software analysis at this time.

In 2014, Anglo Beef informed MLCSL that it would be moving over to full electronic classification of carcasses and would be terminating its agreement with MLCSL accordingly. In other words it took the service back in house. Anglo Beef now intended to make the assessment of carcasses using the computerised assessment which the VIA machine was capable of producing.

However, some manual input was still necessary. The machines still needed calibrating every morning. A physical check was also necessary. Other aspects of the operation also required a person or persons to be present. If, for example, the machine missed a carcass then a qualified person would be called on to manually classify it.

The question was whether Mr Longland should transfer to Anglo Beef under TUPE, which the latter disputed. In particular, did the introduction of new technology alter the nature of the service taken over? Not in this case, said the employment tribunal. It concluded that the activity that Anglo Beef had taken over involved, essentially, classifying carcasses, whether manually or electronically.

The activity had been carried out by having two employees present at the processing line prior to the transfer and this practice was continued after the termination of MLCSL’s contract. Furthermore, the necessary Beef Carcase Classification (BCC) licence that Mr Longland held for the purposes of manual classification was required by at least one employee on the premises where electronic classification was being carried out.

Anglo Beef had also relied on the decision of the EAT in Department for Education v Huke. In that case the EAT decided that a tribunal ought to consider, in deciding whether activities remained the same, not only the character and type of activities carried out but also the quantity, particularly where the contract post transfer involved a substantially reduced service. In such a situation TUPE might not apply.

However, the ET considered that the issue in Huke was that the claimant employee was only carrying out the activities which transferred to the putative transferee for around 45% of his time prior to the transfer. The real issue in Huke was that there was really no activity to be transferred, since there had prior to the transfer been a considerable downturn in work and long prior to the insourcing there had been little or no work on the activities insourced for the employee to do. But in Longland the situation was different. There was no reduction in quantity as far as the activities previously carried out by Mr Longland were concerned. The ET made a specific finding that the processing of carcasses continued as before with the same throughput rate of around 40 to 45 carcasses per hour.

The EAT held that the ET was entitled to make these findings and adopted its reasoning. In short, there was a service provision change TUPE transfer and Anglo Beef’s appeal was dismissed. According to the judge, Lady Wise: “The Employment Judge in this case approached the issue of what activities were carried out before and after the material date in the common sense and pragmatic manner demanded of him by the authorities…”

It is possible to detect a trend now in the EAT’s thinking in service provision change cases. The approach of the EAT in Anglo Beef mirrors that taken by the EAT in Qlog Limited v O’Brian. In that case the EAT found there was a service provision change TUPE transfer upon the taking over by a logistics platform company of a service previously carried out by a traditional haulage company. The activities concerned were found to be, principally, the transportation of a client’s goods from its premises to its customers. There was, following the change of provider, a very different mode of carrying out the activity in question, but the actual activity remained fundamentally the same. And the EAT in Qlog emphasised that it was important not to take so narrow a view of “activity” that the underlying purpose of the legislation was forgotten. In that case, for example, by concentrating on the different mode of operation, an employment tribunal might otherwise have failed to have regard to the substance of the activity concerned.

Finally, in the Salvation Army Trustee Company v Coventry Cyrenians Limited the EAT emphasised that the word “activities” in the service provision change definition must be defined in a common sense and pragmatic way. A pedantic and excessively detailed definition of “activities” would risk defeating the purpose of the service provision change rules, which is, after all, to protect employees’ rights on the change of their employer.