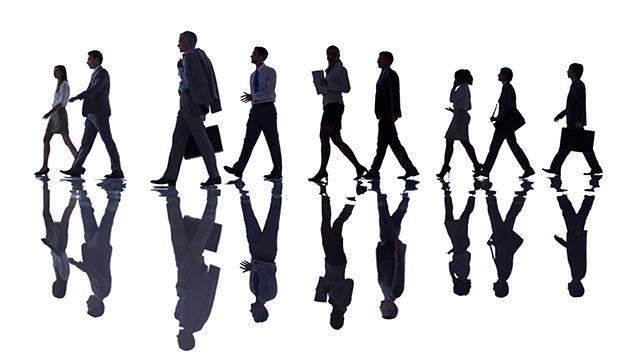 Discussions around the Transfer of Undertakings (Protection of Employment) Regulations 2006 (TUPE) often place the emphasis on transferring employees’ rights. But what about an employer’s rights in this situation? Peter Finding considers how businesses can aim to mitigate potential risks.

There are a number of areas where employers face significant commercial risk when a TUPE transfer takes place, especially in relation to the protection of confidential information and those interests that post-termination restrictions (PTRs) seek to protect.

The transfer of employees who have been exposed to sensitive commercial information to a competitor has potentially serious consequences. An employer might be tempted to feel more secure in the knowledge that the employees in question are subject to well-drafted (ie clear and appropriately focused) confidentiality obligations and PTRs.

TUPE and the sale of a business

The difficulties increase, however, where there is no contractual relationship between the outgoing and incoming employers – this will most commonly be the case where a commercial contractor loses a contract, and a “service provision change” TUPE transfer takes place, resulting in a transfer of employees from the old contractor to the new contractor.

In this situation, it will be very unlikely for the outgoing and incoming contractors to have a contractual relationship. Indeed, the potential threat to the outgoing contractor, in losing the benefit of protections contained in employment contracts, may be great as the incoming contractor is likely to be a competitor and therefore especially interested in the information known by transferring employees.

While there does not appear to be a foolproof solution to this risk, one approach for businesses that regularly act as service-providers would be to ask each employee to sign a deed of confidentiality which may be distinct from the employment contract.

It would also be prudent, if commercially possible, to require various stakeholders (ie not only employees, but also commercial contractors and suppliers, etc) to enter into such a deed.

An attempt to enter into such arrangements shortly before a TUPE transfer risks an employment tribunal finding that the protections were obtained because of the TUPE transfer and therefore being a void and unenforceable contract variation.

In particular, TUPE provides that a variation to a transferred employee’s terms and conditions will be void if the variation takes place as a result of the transfer, unless it is for an “economic, technical or organisational” reason entailing changes in the workforce (an ETO reason).

Bear in mind that, while the 2014 TUPE amendments have created a lack of clarity and caused some to doubt whether or not this restriction remains effective, it would be a bold employer that ignored the provision as the protective intent of the section is supported by the Acquired Rights Directive (the EU legislation behind TUPE).

It is therefore preferable to enter into confidentiality deeds at the beginning of a relationship as a matter of course in order to maintain as much distance from any TUPE transfer as possible.

While the difficulties caused by TUPE in relation to the protection of confidential information are experienced largely by the outgoing employer, problems tend to arise primarily for the incoming employer in the case of PTRs, which often seek to protect against a wider range of threats than purely the protection of confidential information. Common PTRs seek to prevent the solicitation of (or dealing with) customers, suppliers and employees, and indeed any competitive activity itself.

It is well established, since Morris Angel & Son Ltd v Hollande (1993), that following a TUPE transfer:

In such a situation, the incoming employer may want to introduce new PTRs which are sufficiently tailored to protect its interests. However, this would bring a further set of challenges, again as a result of TUPE and its prohibition on TUPE-related contract changes unless they are for an ETO reason.

It is likely to be difficult to find an ETO reason that would justify the introduction of new PTRs, as such a change to employment terms would not ordinarily require “changes to the workforce”. Therefore, it would be open to an employee to treat any such new PTRs as being void – meaning that the incoming employer’s attempt to achieve protection would have failed.

This would be the case even if transferring employees are offered additional benefits as an incentive to agree to the new PTRs – following Regent Security Services Ltd v Power (2007) and Credit Suisse First Boston (Europe) Ltd v Lister (1998), employees can effectively “cherry-pick” from a set of new terms and conditions, taking the benefit of some (eg a pay rise or bonus payment), while rejecting others as being void (eg new PTRs).

There are two potentially successful approaches to achieve the introduction of new PTRs following a transfer. Firstly, the incoming employer will be able to introduce PTRs (or any other terms) where the TUPE transfer is not the “sole or primary reason” for the contractual variation. Whether or not the reason for a variation is the transfer is a question of fact and degree.

Depending on how much an employer wishes to ensure that transferring employees are restrained by appropriate PTRs, it may wish to carry out a wholesale review of all employees’ terms (not just those of transferring employees), in order to seek to establish the position that the introduction of PTRs was in fact unrelated to the TUPE transfer (which affected only some of those employees).

Alternatively, the incoming employer may terminate the transferring employees and immediately re-engage them on revised terms (with appropriate PTRs). As such, a termination is likely to be an automatically unfair dismissal, it would also be advisable to enter into settlement agreements to protect against the risk of claims – such waivers could also have the effect of drawing a line in the sand, effectively ensuring protection in relation to any historic liabilities that transfer to the incoming employer under TUPE.

Of course, incentivising employees to enter into waivers and new PTRs is likely to come at a financial expense, and a cost-benefit analysis should be undertaken before committing to this approach – it may be particularly worthwhile for senior employees whose departure is likely to cause damage to the business if no protection is in place.

Employers should also consider whether or not a “terminate and re-engage” strategy would trigger the need to carry out collective redundancy consultation – this would be the case if 20 or more dismissals are anticipated at any one establishment during a 90-day period (regardless of whether or not the employees are immediately re-engaged).

Employers should think carefully before committing to such an approach if they are not prepared to meet the information and consultation obligations set down by the Trade Union and Labour Relations (Consolidation) Act 1992 as the consequences of non-compliance can be stringent and are not all easily waived.

They should also, if they go down this route, remember the statutory obligation to notify the Secretary of State of the proposed dismissals in Form HR1.

The message is consistent in relation to the challenges of guarding against threats in the context of a TUPE transfer, whether the specific issues relate to the potential dissemination of confidential information, or those interests protected by PTRs: clarify the protection the business needs, and plan ahead to develop a strategy to achieve that protection.