Eight reasons to turn the tables on hot-desking

By David Whincup on 3 Jul 2015 in Facilities, Homeworking, Mobile workers 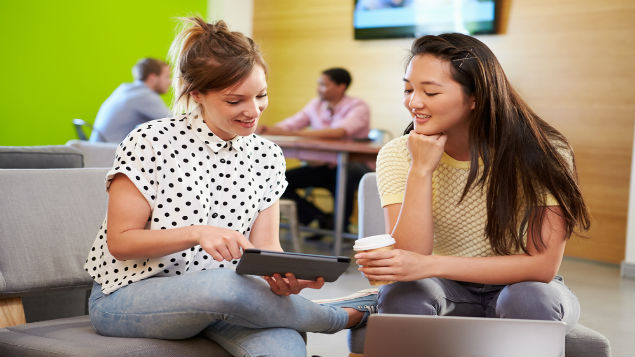 Hot desking is promoted as a way to cut costs on office space while appealing to "younger workers" - but is there a downside?

With the use of hot-desking and the number of flexible workspaces on the rise, David Whincup, head of the London employment team at Squire Patton Boggs, sounds a note of caution.

There is a trend for companies in sectors such as the media or web services to ditch many of their desks and desktop computers in favour of working “free range” on laptops and smartphones. Instead of having a fixed location in the office, employees can now work anywhere around the building at kitchen-style tables, or even in a local cafe. The aim is to build an office environment that suits the way that “young people” work.

This is clearly the sort of office most often seen in television advertisements for, unsurprisingly, laptops and smartphones, a world where everywhere is under 30 and has perfect teeth.

However, in the world outside such environments, would the introduction of “free-range” working really take off, or would the chickens soon come home to roost? Will businesses be able to keep a grip on the difference between “free-range” and “not actually there”?

The temptation is to conclude that whatever the merits of such working arrangements, they will not be effective in the majority of cases. Yes, they might save expensive floor space, and they might sound good to a generation that converses more fluently electronically than in person, but there are also clear downsides.

Osteopaths and physiotherapists warn of the musculoskeletal dangers of working from chairs and tables not designed for that purpose (those in kitchens and cafes, for example), but that is potentially the least of it. Here are eight things to consider when introducing hot desking or flexible workspaces:

An increased degree of flexibility or agility where it can be granted is clearly a good Thing, and a potentially significant source of competitive advantage. But woe betide the employer that follows this model slavishly without having first given a great deal of thought to shaping that flexibility to its work and not letting its staff do it the other way around.

David Whincup is head of the London employment team at Squire Patton Boggs.
View all posts by David Whincup →
Previous Article
Next Article