Two-thirds of parents have not heard of T-levels 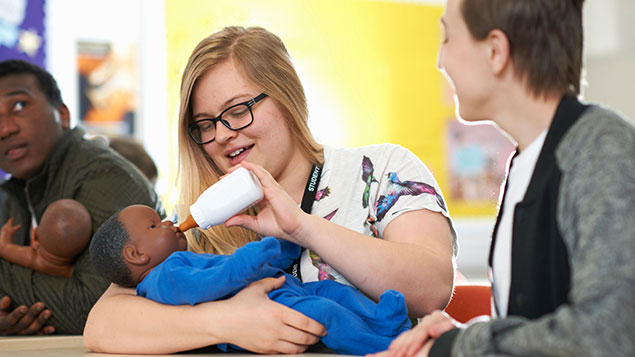 Almost two-thirds of parents of secondary school children have not heard of T-levels with just two years to go before the new qualifications are rolled out.

According to a survey from the Chartered Management Institute (CMI), only 7% of parents of 11 to 18-year-olds knew a lot about the new technical qualifications. Sixty-two percent were unaware they existed.

The new qualifications are aimed at young people from the age of 16 as a vocational alternative to A-levels.

The CMI found that lack of awareness was greatest in lower-income households, where 76% of parents had not heard of T-levels.

Despite their low awareness of the new qualifications, the majority of parents surveyed believed they were a good idea. Half said they thought they could gain the same status as A-levels, and 55% said they could be an improvement on existing vocational study programmes. Two-thirds thought T-levels would be able to provide young people with better workplace skills.

Rob Wall, head of policy at the CMI, said: “It would be easy to dismiss T-Levels as the next failed experiment in post-16 technical education. However, our survey shows that T-Levels could be popular.

“The challenge lies in informing and educating parents about their potential – as well as educating employers and addressing employer concerns about the delivery of the proposed work placement element.”

However, he added that it was a “real concern” to see such a lack of awareness among parents, particularly those from less affluent backgrounds.

Earlier this week, the Department for Education issued a report looking at employers’ willingness and capacity to support T-level work placements, which are intended to last at least 45 days.

Echoing a similar survey from the CIPD earlier this year, it found that while most employers welcome the introduction of T-levels and recognise the value of a “substantial industry placement”, they were concerned about the burden this could have on their business.

Small businesses in particular were worried about the resources they would need to dedicate to supervision of 45 to 60-day T-level placements.

Kirstie Donnelly, managing director of City & Guilds and leadership body ILM, said: “While we found that there was a promising degree of goodwill among employers in principle, if they are to deliver these work placements in anywhere near the numbers required, employers told us that the government would need to offer significantly more support than indicated in this week’s report.”

Employers highlighted the need for extra funding to deliver the longer placements, and specific curricula to follow.

Donnelly added: “The introduction of T-levels will bring about an enormous step change in the length and format of work placements, with the average currently being just one to two weeks long. This should not be underestimated during implementation.

“As well as presenting challenges for employers themselves, training providers and colleges will need to undertake significant re-organisation, training and possibly even additional recruitment to facilitate the implementation of the new work placements.”

City & Guilds and ILM also called for the government to define more clearly how the success of T-levels will be measured and to invest more in explaining how they will be implemented.

The first batch of T-levels will be rolled out by a limited number of providers in 2020, in education and childcare, construction and digital.

A further 22 courses will be rolled out in stages from 2021, which will cover sectors such as finance and accounting, engineering and manufacturing, and design.