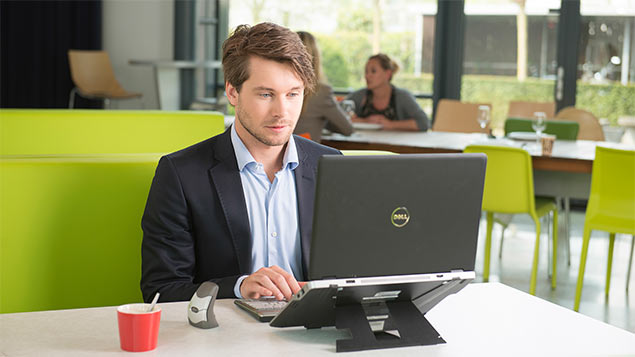 The UK is leading other European countries when it comes to implementing flexible working, a survey by ergonomics consultants BakkerElkhuizen has found. The research also revealed that flexible working practices are increasingly becoming the norm across Northern Europe.

Drawn from a pool of 400 HR professionals from the UK, Germany, the Netherlands and Belgium, the International Comparative Flexible Working Survey found that 64% of respondent organisations in the UK had implemented flexible working more than one year ago, closely followed by Germany, where 57% of respondents had done so.

Motivations for enabling staff to work flexibly differed between countries. In the UK, Germany and Belgium, the most important argument for flexible working was “higher staff satisfaction”, whereas in the Netherlands, cost-savings on buildings and workstations was more of a focus.

This increased trust in staff to deliver when working outside the office has resulted in improved output according to respondents: in the UK, 85% of HR professionals saw a rise in productivity, as did 80% of those in Belgium. However, there was a difference of opinion as to whether or not rights to work flexibly should be enshrined in a contract – those in the UK, Germany and some provinces of Belgium felt more comfortable with this, while 45% of those in the Netherlands were opposed to it.

HR’s role in deciding on flexible working policy also varied between different European countries. In the UK, HR was most likely to hold a decision-making role, cited by 48% of respondents. Other key departments involved in implementing flexible working were IT and facilities, with HR and IT generally taking the lead.

Working from home, while popular in all of the countries surveyed, was most subject to scrutiny in the UK, where there was a greater focus on the quality of the home workstation. Fifty-seven per cent of HR professionals in the UK judged the home workstations their staff used to be “satisfactory” or “good”.

However, Belgium and Germany led the way in supporting staff to work from home, with 75% and 63% of respondents respectively offering tools and accessories.