Unison loses fight to overturn tribunal fees but will appeal

By Jo Faragher on 17 Dec 2014 in Trade unions, Employment tribunals 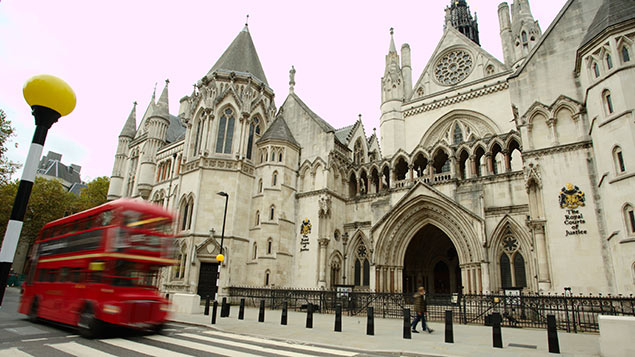 Unison has lost its High Court bid to overturn employment tribunal fees. It had applied for a judicial review at the High Court but this was dismissed this morning (17 December).

This was the union’s second application for a review of the tribunal fees regime, which was introduced in July 2013.

Its previous application for a review, last February, was also rejected after the High Court deemed the proceedings too “premature”, claiming it was too early to judge how the tribunal fees system would work in practice.

Unison was granted a second review earlier this year in the light of the sharp fall in claims that have been brought to tribunal since the fees were introduced.

Before they were introduced, an average of 48,000 new claims per quarter were lodged with the employment tribunals system.

The most recent quarterly figures for July to September 2014 show that during this period there were only 13,612 new claims – 66% fewer than the number of claims lodged in the same period of 2013, according to the Ministry of Justice.

Under the new rules, workers are charged an “issue fee” of up to £250 when a claim is lodged, and a “hearing fee” that is payable before the case is heard, which can be up to £950.

On this occasion, Unison felt it had a better chance of success because it had built up a body of evidence on how tribunal fees adversely impacted women, low-paid workers, disabled people and those from ethnic minorities.

Coming to their decision, the judges presiding over the review claimed that there was limited case law relating to circumstances where the cost of litigation “had the effect of denying the claimant an effective remedy”.

The Hon Mr Justice Foskett said: “I would anticipate that if the statistics upon which reliance is placed in support of this application were drilled down to some individual cases, situations would be revealed that showed an inability on the part of some people to proceed before an employment tribunal through lack of funds which would not have been the case before the new regime was set in place.

“However, that assessment has to be seen as speculative until convincing evidence to that effect is uncovered.”

Unison general secretary Dave Prentis said the union will appeal today’s decision: “The High Court’s decision is disappointing but we will fight on and do everything possible to ensure that these punitive fees introduced by the Government are abolished.

“Today’s ruling is a real missed opportunity to ensure that all workers can afford to bring an employment tribunal claim. Since the introduction of fees last year, thousands of workers have been priced out of justice and we must not let this continue to happen.”

Paul Callaghan, head of employment law at Taylor Wessing, said: “[The decision] seems surprising when it’s so obvious that access to justice has been severely reduced. If you’ve lost your job, it’s a financially vulnerable time and the last thing you want is to have to spend money on lodging a case. It’s not as though employee grievances have stopped happening because fees have been introduced.”

Glenn Hayes, a partner at Irwin Mitchell, was also surprised by the judgment. “Unison’s previous challenge failed because the court found that the evidence it presented lacked the ‘robustness necessary to overturn the regime”, he said. “Unison clearly thought that they had answered this and were able to reference the substantial decline in claims which they argued demonstrated that imposing fees restricted access to justice.”

Shadow business secretary Chuka Umunna has pledged that Labour will conduct a thorough review of the fees regime if it gets into power at next year’s general election.

The appeal to the Supreme Court is likely to take a few months, at which point a group of judges will decide if a third attempt to overturn fees can go ahead.