Obesity can be considered a disability, ECJ rules 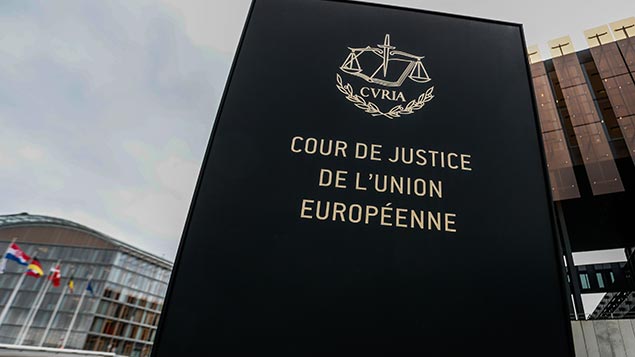 The ECJ has ruled that obesity can be considered a disability. Photo: REX/Isopix

Obesity can be considered a disability within European law, the European Court of Justice (ECJ) has ruled today.

Ruling on the case of Karsten Kaltoft, a Danish childminder who claimed he was sacked for being too fat, the ECJ said that if obesity hinders “full and effective participation” at work, it could count as a disability.

The ruling means that any effects of obesity can be classed as a disability, and, as such, workers who suffer from obesity-related problems will be protected by the European Equal Treatment Framework Directive, and cannot be dismissed because of their weight.

Mr Kaltoft, who weighs around 25 stone, brought a discrimination case against his employers, Billund local authority, after he was dismissed during a round of redundancies. He claimed that he did not view himself as disabled, and accused the authority of discriminating against him for being overweight.

Because the ruling is binding across the EU, UK employers will now have to ensure that obese staff are not treated unfairly because of their size, that reasonable adjustments are made where the impact of obesity hinders them from doing their job, and that they are not harassed on the grounds of their size.

“Employers also need to ensure that employees are not treated less favourably as a result of their physique and be extremely careful that they themselves, or other employees, don’t discriminate or harass someone because of their weight.”

Rather than specify a particular body mass index at which obesity could constitute a disability, as was originally suggested by the Advocate General, each claim should be considered on a case-by-case basis, the ECJ ruled.

The court said: “The concept of ‘disability’ within the meaning of the Directive must be understood as referring to a limitation which results in particular from long-term physical, mental or psychological impairments which, in interaction with various barriers, may hinder the full and effective participation of the person concerned in professional life on an equal basis with other workers.

“If, under given circumstances, the obesity of the worker entails a limitation which results in particular from physical, mental or psychological impairments which, in interaction with various barriers, may hinder the full and effective participation of that person in professional life on an equal basis with other workers, and the limitation is a long-term one, such obesity can fall within the concept of ‘disability’ within the meaning of the Directive.”

Nick Elwell-Sutton, a partner in the employment team at Clyde & Co, clarified that, of itself, simply being obese would not attract the same protection from discrimination as the effects of the weight issue. “Employers will have to look at whether there are mobility issues, for example with lifting or moving items, and some may have to make significant changes – for instance if a bus driver required a larger seat.”

He added that some employers would be able to justify a requirement for a certain level of fitness or body mass index, such as the fire service or the armed forces.

A key part of the ruling is the fact that the origin of the disability would be considered irrelevant, so someone who had become obese due to poor diet and lack of exercise would receive the same protection as someone whose weight was down to illness.

The Danish courts asked the ECJ to clarify whether obesity could be classed as a disability and, in light of today’s decision, will now return to Kaltoft’s case to assess whether his obesity falls within the court’s definition.

Earlier this year, the Advocate General stated that, while EU law does not generally ban discrimination on the ground of obesity, morbid obesity that has “reached such a degree that it plainly hinders participation in professional life” could end up being classed as a disability under EU law.