By Chris Henderson on 13 Nov 2015 in Leadership, Leadership training, Opinion 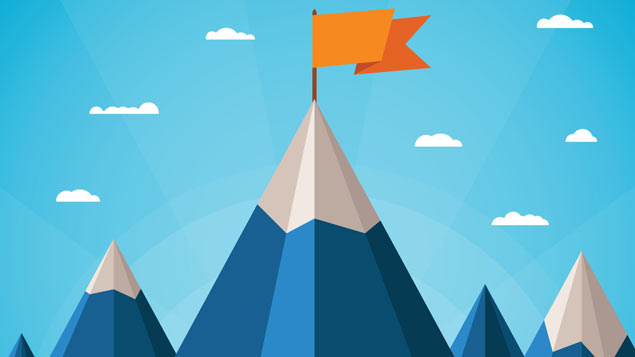 Ten years ago, I decided to risk unpopularity by asking chief executives a provocative question: “How much difference would it make to your organisation’s performance if your leadership team was able to function to its full potential?”

Most laughed, of course. This is a difficult question to answer. But when they thought about it, the responses were interesting.

“We could probably improve our performance by, maybe, half again,” said one CEO, who claimed his leadership team was already working reasonably well.

“I’d say we could do twice as much,” said another, adding that tensions within his top team were making his job a nightmare.

Reactions like that are clearly subjective. Yet, the more CEOs I asked, the more I found these answers were surprisingly typical. Having since put the same question to numerous business leaders in Britain, Europe and the US, the results have been remarkably consistent.

So these estimates (according to our data, the average is 45% of untapped potential for teams that are functioning relatively well and 90% for teams which respondents assess as ineffective) represent a real and uncomfortable awareness that huge potential is being wasted.

This leadership gap has become the subject of my recent book, JUMP! – Deliver astonishing results by unleashing your Leadership Team. Having seen similarly frustrated CEOs in various industries, I have developed an approach that enables them to release much of this untapped potential.

The missing link in leadership research

The history of research into effective leadership teams is sparse, compared with individual leadership. Plenty of work, going right back to the days of Kurt Lewin and Ron Lippitt in the 1930s, has examined the effectiveness of groups, but little attention has been paid to leadership teams.

Yet the potential payoffs are huge.

Even if you discount the data from my research with CEOs by a half or more, it is clear that unleashing the potential of the leadership team represents a massive opportunity. Developing a powerful and unified leadership team that can drive transformational change may often be the single biggest value opportunity available to the chief executive.

But how do we start to weld these strong, individualistic people, from different business disciplines, into a single leadership team? One with shared objectives, trusting relationships and productive, creative ways of working together towards an ambitious set of common goals?

The first essential is a way to assess and develop leadership teams. With individual leaders we have behavioural competencies. Through our research at OneThirdMore, we have developed a tool for describing what great leadership teams do, otherwise known as the six game-changing conversations:

Relationship conversations build the trust and confidence team members need for the challenging discussions, often on sensitive subjects, that are necessary for real change.

Priority conversations separate out the things that will move the organisation towards its ambitious goal from everything else. They ensure resources are focused on those few things that really matter.

Accountability conversations lead teams to embrace collective, as well as individual, accountability. Team members must become truly aligned, rather than just agreeing to “buy in”.

Delivery conversations help teams focus on the three imperatives for consistent and sustained delivery – mobilising stakeholders, developing and involving a wider group of leaders, and creating a culture that supports change.

Learning conversations encourage leadership team members to set aside win/lose debates and use the team’s breadth of experience and expertise to create new options and make better decisions.

Great leadership teams know how to talk. They learn to have the right conversations, at the right times.

Using this conversation framework, they can address key problems, including the most challenging and irreconcilable issues, and work together in creative and rewarding ways.

The framework brings together the aspects of management traditionally seen as leadership issues (on the left of the pyramid) with those that are usually seen as strategy (on the right). They are mutually interdependent and one side can’t succeed without the other.

Most high-performing leadership teams will necessarily touch on most of these six conversations from time to time. But the key insight that has emerged is that great teams don’t just happen. They don’t depend on luck or magic, or on some mystical and elusive personal chemistry.

United, productive and inspiring leadership teams can be created deliberately by the application of well-understood techniques.

This, combined with developing their ability to engage in these conversations, can generate real improvements in bottom-line results.

Developing a leadership team that exploits individual strengths and complements each member’s weaknesses leads to dramatic improvements. It can transform an organisation’s results, culture and prospects, quickly and permanently.