By Personnel Today on 21 May 2013 in HR practice, Legal opinion, Opinion, Dress codes 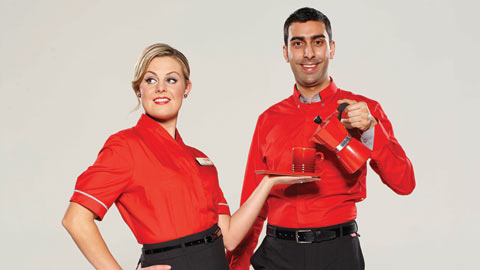 Virgin Trains’ new “flimsy” red shirt is the latest bone of contention in staff uniforms. Female employees have complained the garment is inappropriate because dark underwear can be seen through it – not an issue that affects their male colleagues who wear a different shirt and who, in any case, would be unlikely to share the same concerns. Virgin Trains has responded to complaints by giving each female employee a £20 voucher with which to buy suitable underwear in order to preserve their modesty.

But what are the potential risks to the employer if employees are unhappy with what they are asked to wear? Leaving aside the general disquiet that can ensue when a new, mandatory, polyester number is unveiled, serious legal issues can arise when a particular section of the workforce, perhaps employees of a certain sex or those holding certain religious beliefs, feels aggrieved by an aspect of their dress code because of how it affects them. This can lead to claims that an employer has unlawfully discriminated against an employee on grounds of a “protected characteristic” in accordance with the Equality Act 2010. Where such a claim is made, it is for the employer to show that the act of discrimination was a “proportionate means of achieving a legitimate aim”.

For example, a Muslim woman employed as a waitress in a Mayfair bar brought a successful claim for sex discrimination against her employer when she was asked to wear a tight-fitting red dress during the summer that, she claimed, made her “feel like a prostitute”. In that case, an employment tribunal considered the garment, the effect that it had upon the individual and compared it to the loose-fitting black shirts that her male colleagues were asked to wear. It held that the dress code was discriminatory on grounds of sex.

This does not mean that employers are bound to put in place identical dress codes for all of their employees. In fact, in another employment tribunal case a dress code requiring men to wear a shirt and tie and women to “dress appropriately and to a similar standard” in order to maintain a smart, conventional appearance among the workforce was held to be lawful. It does mean, however, that employers must apply dress codes even-handedly to ensure that the policy does not adversely affect a particular group, for example, men, people of a certain religion or age, or those with a disability.

This principle extends beyond the issue of staff uniforms. For example, a male trainee police officer brought a claim for sex discrimination against the Commissioner of Police of the Metropolis when he was threatened with disciplinary action for refusing to cut his hair, which he wore in a bun. The dress code stated that the “standard of dress should be smart, fit for purpose and portray a favourable impression of the service”. Both parties agreed that a female trainee would not have been required to cut her hair. However, it was held that the police had a non-discriminatory explanation for the difference in treatment (that of maintaining a smart appearance) and that had a female officer committed a similar (albeit not identical) breach of the policy, she too would have been disciplined. The trainee police officer’s claim therefore failed.

The issue faced by Virgin Trains is not, therefore, that it has asked its female staff to wear a different uniform to their male colleagues, but that by reason of its style and fabric the new shirt adversely affects the modesty of its female employees.

When introducing or revising a dress code, it is important to be able to explain what you are trying to achieve by it. If at all possible, you should keep a paper trail of the issues that you have considered and the reasons for your decisions, including:

You may also consider speaking with the workforce or their representatives about the proposals to pre-empt any issues a new dress code or uniform may raise – preferably before you place your order.