By Laura Chamberlain on 10 Oct 2012 in Employment law, Employment contracts 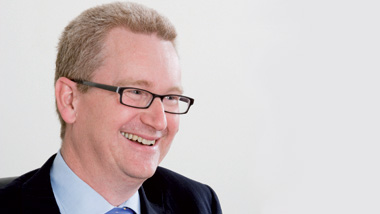 Those opposed to the new “owner-employee” contract should wait to see the full package of policies on employee ownership before criticising the Government’s stance, according to the author of the Nuttall review.

Talking to Personnel Today, Graeme Nuttall, the Government’s independent adviser on employee ownership, said that, while he welcomed the “front page” attention that employee ownership had gained this week, employers should look at the new contract as one of a range of options open to them.

The new “owner-employee” contract, announced by Chancellor George Osborne earlier this week, would allow businesses to give employees tax-free shares in exchange for the individual giving up many of their employment rights.

Employment lawyers have raised concerns that the plans are “unworkable” and would be detrimental to both workers and employers.

However, Nuttall argued that, before judging the Government’s policy on employee ownership, people should wait for the Department for Business Innovation and Skills response to his review, due this autumn, and the HM Revenue and Customs’ (HMRC) response to its own comprehensive review into the issue.

“Once we have the response, we will be able to see what the policy is around employee ownership and where this particular announcement fits in with what I hope will be a spectrum of proposals,” he said.

Nuttall, who is head of equity incentives at Field Fischer Waterhouse, also pointed out that employers wishing to operate employee-ownership schemes can already offer staff tax benefits on their shares without using the new contract.

He said: “It is important to realise that there is already some helpful capital gains tax reliefs which can be obtained without any change to the employment relationship.”

In particular, he pointed to HMRC’s share incentive plan, under which employees do not have to pay capital gains tax on their shares if they keep them in the plan until they sell them.

When asked if he thought the removal of employment rights as part of the new owner-employee contract would counteract the benefits of employee ownership, such as increased employee engagement and motivation, Nuttall did not wish to comment.

However, the Employee Ownership Association (EOA), the voice of co-owned business, did raise concerns over employees giving up rights in return for shares.

Iain Hasdell, chief executive of the EOA, said: “While growing employee ownership should be part of the UK’s industrial policy, such growth does not require a dilution of the rights and working conditions of employees. Indeed, employee ownership often enhances them.”

Full details of the proposed “owner-employee” contract are available on XpertHR.