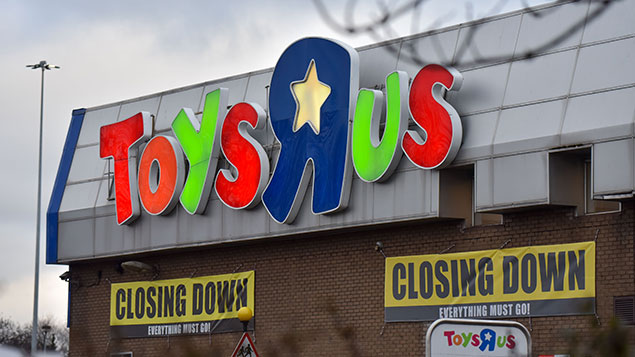 With stories about company collapse in the headlines all too often, Kelly Tucker from HR Star looks at the practical implications for employees.

Earlier this month, two of the UK’s most established companies – Toys R Us and Maplin – announced their collapse into administration putting over 5,000 jobs at risk.

When a company goes into administration it is understandably a worrying time for those involved, especially its employees, with many undoubtedly wondering what happens next.

Initially both companies said that stores would remain open throughout the process, but it has now been confirmed that Toys R Us will be closing its stores after administrators failed to secure a buyer for the business.

This does highlight, however, a common misconception surrounding administration. While the future may be uncertain, when a company goes into administration it does not immediately signal that it is going out of business.

Rather, what administration does is allow time for options to be considered to see if the company can recover or a new owner can be found.

In the case of Toys R Us, the attempt to find alternative options were obviously unsuccessful, however, that does not necessarily mean they always are.

In the case of Maplin, closing-down posters have appeared in stores and administrators PwC have begun laying small numbers of staff off due to a lack of interest from a potential buyer.

According to reports, they have confirmed the lack of interest could result in a “controlled closure programme” rather than a large-scale closure of all stores.

Following the administration announcement, administrators will be doing their bit and one would hope they are keeping employees informed. But what staff may not be aware of is the fact that, for them, the first 14 days of the administration period are crucial.

Regardless of the situation – whether in administration or not – an employee’s standard rights remain the same.

During administration, these rights are extended to include the right to be paid monies owed, such as outstanding wages and commission up to a maximum of £800, redundancy pay, up to six weeks’ accrued holiday pay and any pension contributions; the above rights to remain in place during administration and, if the business is taken over by someone else, these rights are protected.

However, as previously mentioned, the first 14 days are pivotal. If an employee is made redundant during this period, they become an ‘ordinary creditor’.

This means they will be in the last category to receive monies owed. However, their entitlement to outstanding wages and redundancy payments will remain.

If retained beyond this, the employee becomes a ‘preferential creditor’. As the name suggests, this decision is preferential to being made redundant during the period as it puts the employee in a better position should they face redundancy later on.

It gives them priority over ‘ordinary creditors’ and they therefore stand a better chance of recouping monies owed to them.

Once the initial 14 day period is over, the employment rights of staff are then effectively adopted by the administrator.

The decision on how to proceed then lies with them – while the rights remain intact, administrators could ask employees to take a pay cut in order to help the company survive if a buyer still has not been found or request that employees defer a proportion of their pay.

If the company cannot be saved, this becomes part of the monies owed to employees as preferential creditors.

If the business is purchased by a new company, TUPE legislation applies and employment rights are protected. However, should the old company be liquidated and closed down, employees may only receive a proportion of their wages and other payments.

When a company announces its collapse into administration, it is a worrying time for employees and many can find themselves struggling to know how to move forward.

Employees will be concerned over not just the status of the company, but of their position and planning for the future.

During this time, line managers and/or HR should be on hand to discuss what the company’s plans are and the proposed timescales. This will hopefully help to alleviate some of the concerns and help employees plan ahead if needs be.

One Response to What does going into administration really mean for employees?