What is the difference between a worker and an employee?

By Personnel Today on 8 Apr 2013 in Temporary employment, Employment contracts 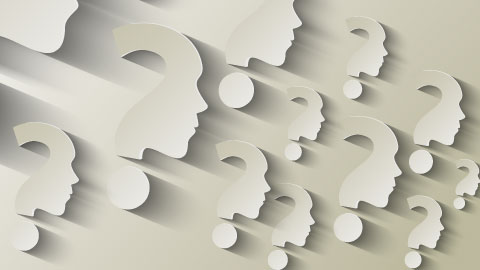 With flexible working arrangements on the rise, solicitor Luke Bowery looks at how to determine whether a person is classed as a worker or an employee.

With economic uncertainty the new “normal”, many organisations are facing the tricky business of how to manage unpredictable peaks and troughs in work levels. As a result, employers have been putting in place more flexible working arrangements. In light of this, astute employers will be focusing on the legal distinction between employees and workers, as many employment rights – including unfair dismissal – stem from an individual having a status of “employment”, with workers having fewer rights than employees.

But what are you looking for? How do you determine if someone is your employee? What is the difference between a worker who is an employee and one who is not? And do the recent spate of cases on employment status shed any light on the issue?

Consequently, businesses will often use contracts that exclude one or more of these elements in an attempt to avoid individuals having “employment” status. However, while the terms of any written contract will be the starting point in determining status, a tribunal will look beyond the contract if there is evidence to show that it does not reflect the true relationship between the parties, and the case of Autoclenz Limited v Belcher and others [2011] is a good example of this.

The claimants in this case were car valeters whose contracts explicitly stated that there was no mutuality of obligation between the parties and that they could appoint substitutes to carry out the work on their behalves. The Supreme Court found that, in reality, these purported arrangements were “unrealistic possibilities”. Autoclenz undertook to offer the claimants work and they were then obliged to carry it out. Further, the claimants had to carry out their work personally. The court found them to be employees despite the contractual wording.

However, Drake v Ipsos Mori UK Ltd [2012] has muddied the waters. The claimant worked for the business on a series of individual assignments with no general obligation on the business to provide work or on the claimant to accept it. On the face of it, there was no mutuality of obligation and, therefore, no employee status.

However, the Employment Appeal Tribunal (EAT) held that once the employer offered work and the claimant accepted it, the worker was obliged to carry it out personally in return for payment and there was, therefore, the requisite mutuality of obligation. The case was remitted to the employment tribunal, but this decision does confirm that mutuality of obligation may potentially be found to exist in a casual worker relationship.

In relation to the third element, that of whether the employer exercises sufficient control over the person, tribunals have historically focused on how much control an employer exercises on a day-to-day basis. In White and Todd v Troutbeck SA [2013] the EAT took a different view, finding that the focus should be on whether the employer has retained an overarching right of control over the individual throughout the life of the relationship – arguably an easier test for the would-be employee to satisfy. The Court of Appeal agreed with the decision of the EAT that the absence of actual day-to-day control should not be treated as the determining factor, and the cumulative effect of the agreement and the relationship created by it should be considered.

Taking a holistic view of the relationship

While the terms of the contract and the three elements of the test are clearly important, recent cases have also shown an increasing willingness on the part of the courts to look at all aspects of the relationship to determine an individual’s true employment status. For example, in the much publicised case of Stringfellows Restaurants Ltd v Quashie [2012] the Court of Appeal found that, despite other indicators to the contrary, the claimant could not be an employee because she was paid exclusively by third parties rather than the “would-be” employer and this, in itself, was not consistent with an employment relationship.

These cases highlight not only the difficult issues at play – in all of these cases previous decisions were overturned, and courts can often come to different conclusions based on the same facts – but also that it is vital to look at the whole of a relationship when seeking to determine employment status. Employers that genuinely have a need for flexible working arrangements should have nothing to fear, provided they invest the time in getting the right contractual documentation in place and keep the relationship and the requirements under review.

However, those that want the certainty and stability that employed staff offer while avoiding the potential downsides of an employment relationship do so at their peril – the tribunals have you firmly in their sights.

Luke Bowery is a senior associate at Burges Salmon LLP

This article was originally published on 8 April 2013. It was updated on 30 September 2015 by Felicity Alexander, employment law editor.