Legal opinion: Is obesity the next big workplace discrimination issue? 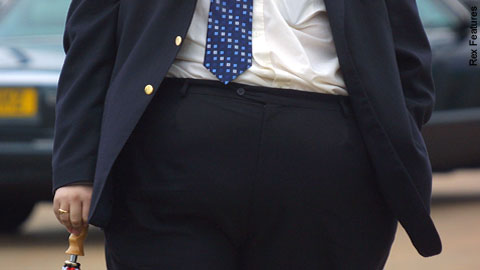 With an increasing number of British adults classed as overweight or obese, the issue of whether or not obesity can be classed as a disability is a thorny issue employment law cannot avoid dealing with, says lawyer Sheila Fahy.

When asked last year to predict how anti-discrimination measures would develop in the future, my forecast was that obesity would be the next big issue. As Government statistics show that 61.3% of adults are overweight or obese, it seemed likely that this should be a topic that gets higher prominence on the workplace agenda – and it has recently become centre stage at the Employment Appeal Tribunal (EAT).

In Walker v Sita Information Networking Computing Ltd, the relationship between obesity and the question of whether or not a person has a disability under the Disability Discrimination Act 1995 (now the Equality Act 2010) came under scrutiny.

As a reminder, a person legally has a disability if she or he has a physical or mental impairment that has a substantial and long-term adverse effect upon her or his ability to carry out normal day-to-day activities.

Who could doubt that Mr Walker had an impairment? Or that his impairment caused him great difficulty in his daily life? The problem in this case was trying to fit Mr Walker’s complex functional overlay into the legal definition of a disability. At first instance, the employment judge concluded that Mr Walker did not have a disability because there was no evidence of a mental illness causing the functional overlay, nor was there any discernable physical or organic cause for the condition, other than the obesity being a contributing factor.

One size does not fit all

The EAT took a different, more holistic, approach to the problem. It recognised that mental and physical impairment silos, and medical labels, are not always helpful. In the EAT’s view, the purpose of the definition of disability is not to confine an impairment to a medical label that is either a recognised physical or mental condition. It is, rather, to describe the nature of the impairment.

What if a person with obesity loses weight? Can they still be disabled? The EAT considered this scenario.

Like all impairments, the whole of the definition needs to be satisfied to amount to a disability. There needs to be a long-term (at least 12 months) adverse impact on daily activities. The prognosis for a person dieting may be very positive with less and less adverse effect on their ability to carry out daily activities. If the impairment will last less than 12 months, there is no disability. Even so, the Equality Act 2010 protects those with past disabilities in that if, for example, a woman recovers from an illness or there is no recurrence of the condition, if she is discriminated against because of the past disability she is afforded protection under the Equality Act as a person with a past disability.

There are some striking similarities between stress and obesity as workplace issues. Both are sensitive problems, and not the easiest to discuss, tackle or manage. Both are not disabilities in themselves, but impact significantly or cause other medically recognised illnesses. Both straddle physical and mental aspects of disability. Both are 21st century health problems, and both are increasing in prevalence.

Worryingly, stress is one of the most difficult issues for HR practitioners to manage, whether it relates to sickness absence, performance management or disciplinary and grievance processes. Let us hope obesity does not go the same way.

So yes, obesity is now the big workplace issue. Although it is not a disability in itself, it can play an important part in defining a person as disabled. Let’s face it, with the endless number of conditions caused and/or made worse by obesity and its status as a modern health epidemic, the problem is not going away any time soon.

FAQs on disability from XpertHR:

Can an employer be held culpable for discriminating against an employee if it was unaware of the claimant’s disability?

If a job applicant has suffered from a debilitating illness in the past, can he or she be excluded from the shortlist?

Where an employee who is disabled for the purposes of the Equality Act 2010 is required to take time off to attend a medical appointment, should the time off be paid?