Whistleblowing: why employers must create a “speak-up” culture

By Philippa Foster Back on 3 Jun 2015 in Workplace culture, Whistleblowing 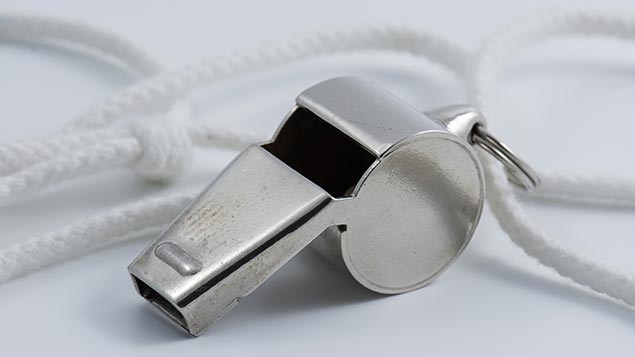 Fifteen years after the Public Interest Disclosure Act was introduced to encourage whistleblowing, getting employees to raise concerns still remains a challenge for organisations. Philippa Foster Back, director of the Institute of Business Ethics, calls on employers to introduce a “speak-up” policy.

Legally, whistleblowers now have more protection from retaliation, but the reality in practice can be very different. Cases continue to appear where those who have spoken up have suffered, such as being dismissed or ostracised by colleagues, as exemplified by Sir Robert Francis’s “Freedom to speak up” review into the NHS.

But this issue is not limited to the NHS and it is vital that all organisations implement a process and mechanism for raising potential concerns. Equally, any speak up line will fail if there is not an open culture where employees are encouraged to talk about it if they see something done wrongly in their workplace.

The Public Interest Disclosure Act (PIDA) 1998 makes it unlawful for an employer to dismiss or victimise a worker for having made a “protected disclosure”. A protected disclosure is one that is in the public interest, and addresses one or more of a number of listed “wrongdoings”. These include: criminal offences; failure to comply with legal obligations; miscarriages of justice; dangers to health or safety; dangers to the environment; or deliberate concealment of any of the above categories.

However, despite this protection, according to a survey by the Institute of Business Ethics (IBE) in 2012, while one in five British employees were aware of misconduct in their organisation in the preceding year, just under half of them (49%) did not report their concerns for fear of some form of retaliation.

These results show that much needs to be done if staff are to be encouraged and feel supported in speaking up about their concerns; and companies can gain tangible business benefits if they ensure that such mechanisms are put in place.

The terms “whistleblowing” and “speak up” are often used interchangeably. In a corporate context, the IBE advocates the promotion of “speak up” because its connotations are generally more positive – encouraging employees (and other stakeholders) to voice their concerns internally without fear of retaliation. Whistleblowing makes the concern external and occurs after the event. A speak-up procedure acts as an early-warning system and can prevent an act of misconduct becoming a reputational crisis.

An open culture where employees have the confidence to speak up enables organisations to operate with high ethical standards and avoid integrity risks. Encouraging an open culture has many potential benefits.

An effective speak-up procedure encourages employees to discuss their concerns internally before going outside of the organisation (either to the media or the regulator), and ultimately protects companies from receiving negative publicity.

With developments in the internet and social networking sites, it is now easier than ever for employees to make their concerns public. Most organisations may have been, or will be, the victim of a fraud or theft at the hands of their own employees; but a mechanism for employees to speak up could help prevent such misconduct. Furthermore, the value of whistleblowing is recognised, with the Association of Certified Fraud Examiners reporting that it is one of the most effective ways to uncover fraud.

A speak-up policy sends a strong message to all levels that bad organisational practice will not be tolerated. It can also reassure employees that their concerns are important, and encourage problems to be brought to the attention of management from within the company.

An effective speak-up policy and procedure can protect employees from health and safety issues or bullying and harassment from other members of staff. A working environment in which it is made clear that bullying, harassment and discrimination will not be tolerated leads to fewer pay-outs at employment tribunals. Another benefit could be that good employees are retained, with increased staff morale and greater loyalty. Perhaps the most compelling reason is that it makes for a happier and more productive workforce if they believe, and see, that a culture of mutual trust exists.

Protect customers and the public

Customers and the public need to be protected from the effects of malpractice for example, breaches of health and safety procedures or a failure to comply with hygiene standards. Employees often have knowledge that could divert disasters, if effective speak-up procedures are in place.

One-fifth of employees gave the response in the IBE survey that they did not report concerns because it was “none of my business”. While most large companies have a formal mechanism for concerns to be voiced, the message is not getting through that ethics is everybody’s responsibility.

Staff may feel cynical when their past experience has meant there is little organisational trust. Middle managers may view whistleblowers as a threat. Top management often do not recognise the role of staff in guarding a corporate reputation and are the most susceptible to the “say, do” gap.

Charity Public Concern at Work’s (PCaW) Whistleblowing: the inside story, examined the experiencesof 1,000 whistleblowers, and revealed that 74% of whistleblowers said that they had been ignored when they had first raised a concern.

Given these challenges, it is important that the policy and reasons for it are communicated throughout the organisation, alongside a Code of Ethics which will help guide staff in their assessments of what the right thing to do is in their workplace. It is not enough to set up a telephone line and hope for the best. In order to reap the benefits of an open culture, organisations need to ensure that their speak-up procedures are effective.

Employees may need guidance to help them decide whether or not they should raise a concern about something. Often gut instinct is sufficient, but sometimes negative behaviour can be so ingrained into ways of working as to not be considered unethical at all. Offering employees decision-making tools, such as asking simple questions to enable them to test the ethics of a situation can also help. These could include:

Phrases such as those following can act as potential “red flags” that something unethical is about to happen:

It is imperative that organisations raise awareness of their speak-up programme on a continual basis, beyond merely posting guidance on the company intranet. PCaW reports that less than half of UK employees in the finance sector are aware of a speak-up policy in their workplace.

Posters, desktop reminders, post-it notes and awareness-raising campaigns are to be encouraged, but the biggest challenge is to make the speak-up mechanism credible and safe. Training managers and supervisors in how to handle concerns, ensuring that all difficulties are acted upon, and any action (or inaction) reported back to the employee who raised an issue, can all help to encourage openness and discussions of ethical concerns, before they become problems.

If organisations have the courage to be open about the positive outcomes of raising ethical concerns, this can help give staff the confidence to share their concerns with each other and with the wider company.

Nobody wants to be seen to be a troublemaker. It is time to recast the whistleblower as a hero – working for the good of the company, colleagues and customers.

Law is not protecting whistleblowers

A review of PIDA claims by PCaW “Is the law protecting whistleblowers?” looks at key trends arising from all employment tribunal decisions in 2011 to 2013 involving whistleblowing. The research demonstrates that employment tribunals are punishing claimants with costs at a far higher rate than they do respondents. The report makes recommendations to improve matters and to redress the balance. It also found that:

The report also found that:

About Philippa Foster Back