By Stephen Simpson on 27 Sep 2016 in Employment tribunals 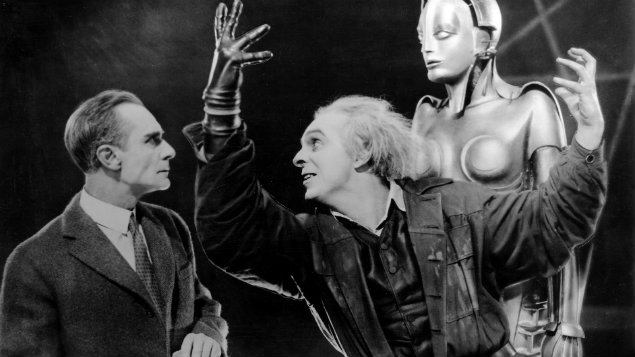 Fritz Lang's influential science-fiction film Metropolis, which is set in 2026, envisages a world where mistreated workers toil for the benefit of the privileged few. Everett Collection/REX/Shutterstock.

1. Employment tribunals will be brought within the main court structure.

The employment tribunal system currently sits outside the main court structure, with a separate appeal level in the form of the Employment Appeal Tribunal (EAT).

It appears inevitable that employment tribunals will be brought within the main court structure, essentially becoming a civil court with specialist employment judges.

Steps would need to be taken to protect the “culture” of tribunals, which are supposed to be less formal and intimidating than the magistrates’ and county courts.

For example, the employment tribunal rules of procedure could be transplanted to the new environment.

2. They will not be called “employment tribunals”.

If and when employment tribunals are brought within the main court structure, a change of name will follow.

The current favourite is a rebranding to the “Employment and Equalities Court”, which would allow the types of claim that can be brought to evolve.

For example, all breach of contract claims could be heard by the new Employment and Equalities Court.

Breach of contract cases in employment tribunals are currently limited to claims for up to £25,000. Claims worth over £25,000 are heard in the High Court.

Cases alleging discrimination in goods and services, involving many of the same principles as employment discrimination cases, would also be dealt with by the new Employment and Equalities Court.

3. All cases will be heard by an employment judge sitting alone.

The “industrial jury” was fundamental to the original concept of the employment tribunal.

The panel would be made up of a legally qualified judge and two lay members, one representing industry and the other with a union background.

It allowed the employment judge, likely to come from an academic background, to tap into the lay members’ knowledge of how workplaces operate in practice.

However, the idea of the “industrial jury” has been substantially eroded in recent years.

4. Most cases will be decided without the need for a physical hearing.

Suggestions in Lord Justice Briggs’ “Civil courts structure review” (July 2016) that could have an impact on tribunals include:

These discussions allow the employment judge and the parties’ legal representatives to clarify the issues and practicalities of the case in advance of the full tribunal hearing.

A flagship proposal for reforms of the civil justice system is the introduction of an “Online Court”.

This would allow parties involved in disputes valued at up to £25,000 to handle cases on their own, without legal representation or the need for a physical hearing.

A key advantage for litigants (and disadvantage for employers) would be that the fee for bringing a claim that is dealt with entirely online is likely to be lower than for a claim that requires a physical hearing.

By 2026, having been tried in other tribunals, such as the social security and child support tribunal, the “Online Court” will be ready to be trialled in employment cases.

5. The average award for breaches of employment law will increase.

The latest employment tribunal statistics suggest that, while the number of awards handed out has gone down substantially, the average amount of awards has actually gone up.

If a worker is willing to pay the tribunal fee, it is safe to assume that they think they have a good case, meaning that awards are still being given for more serious breaches of employment law.

As long as there are employment tribunal fees, this trend will continue.

6. Key employment cases will skip straight to the EAT.

A significant current problem for HR professionals and employment lawyers is the length of time that cases on big issues (for example, on the calculation of holiday pay) are taking to be decided by the appeal courts.

Not only are important employment issues not going to appeal (simply because fees have reduced the number of cases), but those that are take a long time to be resolved.

Only appeal decisions are binding on other courts. Even if an employment tribunal decides a case, HR professionals and employment lawyers are waiting a very long time to get a judgment on which they can rely.

One suggestion has been the introduction of a mechanism to allow important cases to forgo a first-instance employment tribunal and skip straight to the EAT.

The High Court and the county court already provide a precedent for this.

Civil cases of the greatest complexity and public importance can skip the county court and go straight to the High Court.

7. All employment tribunal decisions will be available online.

Plans are already afoot to place all employment tribunal decisions from England, Wales and Scotland online.

HM Courts and Tribunals Service announced earlier in 2016 that new employment tribunal decisions will be made publicly available online from autumn 2016.

However, the announcement was made shortly before the UK’s Brexit vote, so it remains to be seen whether or not priorities have changed and this timetable will slip.

By 2026, the employment tribunal judgments website will be a well-established resource for employment law specialists.

8. Awards for discrimination will be capped.

The departure of the UK from the European Union could see a cap on awards for discrimination reintroduced.

Discrimination legislation used to place a cap on the amount of compensation, back in the days when the only employment equality legislation related to sex and race.

In the seminal 1993 case Marshall v Southampton and South-West Hampshire Area Health Authority (No.2), the European Court of Justice held that member states cannot fix an upper limit on compensation for loss and damage suffered as a result of sex discrimination.

The award limits for sex and race discrimination were subsequently removed.

Brexit will free up the UK to reintroduce a cap on discrimination awards.

9. Employment tribunal fees are here to stay in England and Wales…

Employment tribunal fees will become part of the employment law landscape, unless a new government decides that they should be abolished, or the Supreme Court springs a surprise and rules them unlawful.

Employment tribunal fees vary depending on the complexity of the case.

For example, to bring a discrimination claim, workers must pay an initial fee of £250 to issue a claim and a further fee of £950 if the claim proceeds to a hearing.

Claimants can apply for remission of the whole or part of a fee if they cannot afford to pay.

Tribunals can order fees to be repaid if the claim is successful.

10. …but employment tribunal fees will be abolished in Scotland.

The Scottish Government has said that it intends to abolish employment tribunal fees.

Type A and type B claims

This will lead to an unsatisfactory situation where employees in England and Wales effectively have fewer enforceable employment rights than employees in Scotland.

There are also plans to devolve the Scottish employment tribunal system.

A key challenge will be to ensure that there are strict rules to prevent “forum shopping”, where claimants attempt to bring tribunal claims in Scotland that should really be heard under the England and Wales jurisdiction.