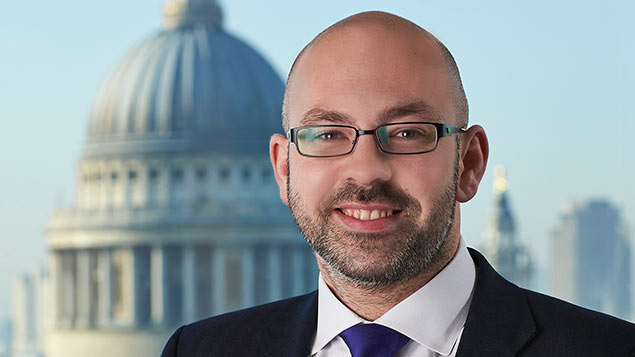 "Employers should be alive to the risk" - Tom Kerr Williams, partner, DLA Piper

A new system of statutory parental rights will be introduced next year, which will inevitably place additional administrative burdens on employers. However, administration is not the only reason employers should ensure they properly understand the implications of the new regime. Tom Kerr Williams and Jennifer Holyoake explore another key issue: will employers now be obliged to introduce a policy for enhanced shared parental pay that mirrors any existing enhanced maternity pay?

The new regime will allow parents to share the statutory maternity leave and pay currently only available to mothers. This will replace the existing provisions on additional paternity leave (APL) and will apply to babies due on or after 5 April 2015. The new system will also apply to adoptions where the adoption matching or placement date is on or after this date.

The current entitlement to 52 weeks of maternity leave and 39 weeks of statutory maternity pay will remain the default position. The new shared parental leave regime, therefore, offers an alternative to parents. Under the regime, the mother will still be required to take the first two weeks’ leave following childbirth for health and safety reasons. However, the remaining 50 weeks’ leave and 37 weeks’ statutory pay can be shared between the mother and father. The choice of how to share the leave and pay is a matter for agreement between the working parents and their employers.

The Government has yet to give any guidance on this issue but it has historically taken the view that deciding not to offer enhanced paternity pay would not amount to unlawful discrimination. This is because women have special protection as a result of their biological position as the mother, which can justify the different treatment and different pay.

However, the new system of shared leave allows the maternity benefits to be transferred to men. Therefore, with the exception of the first two weeks of maternity leave, which is compulsory for mothers, the remaining 50 weeks of shared parental leave are arguably no longer given as special treatment for women. It is hard to argue that such leave protects the mother’s biological position if she is at liberty to transfer all but the first two weeks to the child’s father.

This may present a discrimination risk for employers who do not offer the same enhanced maternity pay to fathers taking shared parental leave.  European case law from 2010 suggests that where leave is granted equally and without reference to the mother’s special biological position, unlawful discrimination may arise. In the Spanish case of Roca Alvarez v Sesa Start Espana ETT SA, the European Court had to consider the application of Spanish legislation that granted mothers time off to feed an unweaned child under the age of nine months. Although originally designed to encourage breastfeeding, the right had evolved over time into a right simply to spend time with an unweaned child and so was not restricted in its application to women. Therefore, it was no longer possible to say the right was being given to protect the biological condition of the mother following pregnancy or the special relationship between a mother and her child.

The approach to men and women was still different though: fathers were only allowed to benefit from the right if the mother of the child was an employee. The European Court found that this was discriminatory against men as feeding and devoting time to the child could be carried out just as well by the father as by the mother. Introducing a condition on the father’s right (but not the mother’s right) to such leave could not be justified in these circumstances.

It is not hard to see how the same analysis could apply to shared parental leave. Under the new shared parental leave regime, mothers and fathers can take the 50 weeks’ leave without distinction. The Government has arguably decided that both parents have an equal right to spend time with their child, and has not sought to prioritise the rights of the mother. Therefore, any policy that gives enhanced pay to mothers during this time but not fathers could be found to be discriminatory. Such policy would clearly amount to different treatment and the employer may not be able to justify any difference in treatment on the grounds of the mother’s biological condition or the special relationship between a mother and child. If that had been the aim of the leave, the Government would not have allowed it to be shared equally between the parents.

There is a similar risk that will arise in relation to adopters, given that it could give rise to potential difference in treatment between primary and secondary adopters. However, it may be harder for a secondary male adopter to succeed in any discrimination claim. This is because he would also need to show that primary adopters are predominantly women and as a result, any enhanced adoption pay offered to primary adopters and not secondary adopters, had a greater impact on men.

What are the risks to employers and what can an employer do in practice?

A father taking shared parental leave who is not able to benefit from the equivalent of any enhanced maternity pay his employer offers to mothers absent during the same period, could bring a direct and/or indirect sex discrimination tribunal claim. If successful, a tribunal may make an award for injury to feelings and the financial losses he has suffered as a result of the discriminatory treatment. These are likely to be limited to the enhanced pay for the shared parental leave period.

When compared with the current APL system, the risk is higher under the new shared parental leave regime as many employers offer enhanced maternity pay for some or all of the first six months of maternity leave. However, it is difficult to say how likely this risk is to lead to claims, particularly given the low uptake of APL, the absence of any challenges to date and the likely low uptake of shared parental leave. If few men decide to take up the new right, then the risks of claims may be minimal.

In our view, employers should be alive to this risk and consider their current maternity policies in advance of the new system being introduced. The Government may also provide further guidance to assist with this issue before the new regime comes into force.

However, employers may want to wait to see if employees intend to exercise these rights before introducing any enhanced pay policy because, if the take-up of shared parental leave is as low as APL, the risks described above may be of limited impact.