By Stephen Simpson on 4 Jul 2017 in E-cigarettes, Smoking in the workplace 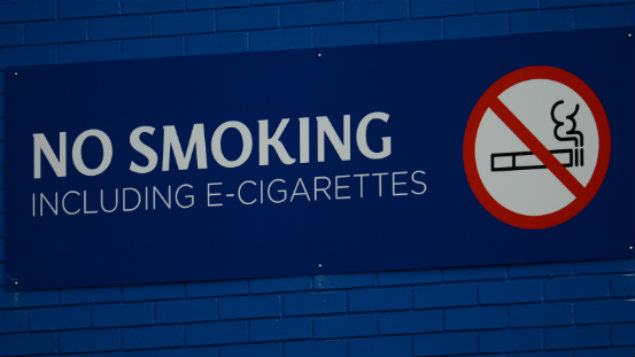 On 1 July 2007, England introduced a ban on smoking in enclosed public places, including most workplaces. Ten years on, what are the most common queries from employers on smoking at work?

1. Do I have to provide an outside smoking area on our premises for staff who smoke?

There is no legal requirement for you to provide smoking shelters, or any other outside smoking area where employees can smoke.

If you do choose to provide a smoking shelter, to comply with smoke-free legislation, less than 50% of the total wall area must be enclosed.

Planning permission may be required from your local council, and you should ensure that the shelter is accessible to disabled workers.

2. Can I prevent homeworkers from smoking at home?

While you cannot stop employees from smoking in their own homes, you could take steps to discourage them from smoking during working hours, for example as part of a staff wellbeing initiative.

However, the rules are different where homes are being used as a place of work by more than one person, or visited by members of the public in the course of work.

In those circumstances, you are within your rights to prevent homeworkers from smoking during working hours.

3. I have a few members of staff who take long breaks outside to smoke. Can I prevent them from doing so?

England was the last country in the UK to introduce a smoking ban, on 1 July 2007.

Scotland was the pioneer, banning smoking in enclosed public places on 26 March 2006.

Employees who smoke have no special status in terms of rest breaks.

Working time legislation simply requires that adult workers whose daily working time is more than six hours have an uninterrupted rest break of at least 20 minutes.

Beyond this, it is up to you to decide the exact time and length of breaks.

You should clamp down on smokers who bend the rules, for example by taking lengthy smoking breaks. This could include warnings for staff who take extended breaks without permission.

A failure to do so could lead to resentment among your non-smoking workforce.

4. Can I prevent employees from smoking in company cars?

Under smoke-free legislation, company cars must be smoke free at all times if they are used by more than one person.

However, smoke-free legislation does not apply where a company car is used primarily for the private purposes of a person who has a right to use it that is not restricted to a particular journey.

A no smoking sign must be displayed in smoke-free vehicles.

5. Can I take disciplinary action against an employee who is caught smoking on our premises?

How to comply with the smoke-free legislation

As long as smoking rules are made clear to employees, there is nothing to stop you from taking disciplinary action against an employee who is caught smoking on your premises.

The rules could be made clear to employees via no smoking signs and as an example of misconduct in your disciplinary procedure.

In some cases, a warning may be appropriate. For example, an employee caught smoking in the toilets could be given a warning at first.

However, summary dismissal may be justified if there is a serious safety breach. For example, a petrol station worker who smokes near a petrol pump is clearly committing gross misconduct.

6. I have an employee who is trying to quit smoking, and has requested permission to use an e-cigarette on our premises. Should I accede to the request?

Strictly speaking, smoke-free legislation does not apply to e-cigarettes.

There are pros and cons of allowing e-cigarettes at work and it is up to individual employers to set their own rules on e-cigarette use at work.

Some employees use e-cigarettes, or “vape”, as a step towards stopping smoking, and employers may wish to support employees by allowing e-cigarette use.

Use of e-cigarettes may be feasible in workplaces where staff do not work in close proximity to others, and there are no discernible safety risks.

However, the long-term health effects of e-cigarettes are still unknown.

In many workplaces, for example open-plan offices, e-cigarettes will be an irritant to other workers.

Insley v Accent Catering
An employment tribunal held that a school catering assistant’s suspension for using an e-cigarette on school premises was justified.

Halford v Seddon Property Services Ltd
A tribunal held that a lack of certainty from witnesses made it unfair for the employer to dismiss an employee who was alleged to have been smoking in a company car.

McDonough v Bagnall UK Ltd
A dismissal following allegations that an employee had been smoking at work was found to be unfair because the employer had previously tolerated staff smoking.