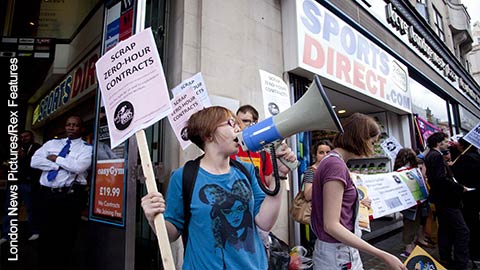 Research launched today by the CIPD claims that controversial zero hours contracts in the UK have been “unfairly demonised and simplified”, and that a high proportion of employers and staff use the arrangements in a positive way.

The survey of more than 2,500 workers challenges claims that zero hours contracts – where employees are not guaranteed minimum contracted hours – exploit staff because they only get work when they are needed and are often called up at short notice.

The CIPD research found that, by contrast, 65% of workers on zero hours arrangements are content with their work-life balance, compared with 58% of those on “traditional'” contracts.

The survey confirms the CIPD’s initial estimate in August that there around one million people – or 3.1% of the workforce – who are on zero hours contracts.

And contrary to allegations about exploitation, zero hours workers are less likely to feel that they are being treated unfairly by their employer. According to the CIPD, 47% are happy with having no minimum set contracted hours. The most common explanation for this is that their working set up suits their current circumstances.

On the employer side, two-thirds reported that having the flexibility to respond to peaks and troughs in demand is one of the positives of being able to offer these sorts of contracts, while just under half (47%) said that it was useful to be able to provide flexibility for staff.

However, the survey did unearth some bad practice. It found that one zero hours worker in five were sometimes (17%) or always (3%) penalised if they were not available for work. Forty per cent say they receive no notice at all about work or find out at the beginning of a shift that their work has been cancelled.

One worker in five also feels that their pay is lower than those in comparable permanent jobs.

Almost one-third of employers say they now have a policy outlining their approach to arranging and cancelling work for zero hours workers, while 18% claim that hourly rates for zero hours staff are higher than for permanent employees, particularly in the private sector.

One of the key issues is confusion around how the contracts work, the CIPD found. For example, 42% of staff on zero hours contracts do not know whether or not they have the right to take legal action if they are unfairly dismissed.

Peter Cheese, CIPD chief executive, said: “Our research shows that the majority of people employed on these contracts are satisfied with their jobs. However, we also recognise that there is a need to improve poor practice in the use of zero hours contracts – for example, the lack of notice many zero hours staff receive when work is cancelled.”

He added that employers should provide some level of compensation if work is cancelled at the last minute. The CIPD report also offers a number of recommendations for employers offering zero hours contracts, including that:

XpertHR provides guidance on How to employ an individual on a casual or zero hours contract.