By Helen Gilbert on 1 Sep 2011 in HR practice, Computer misuse 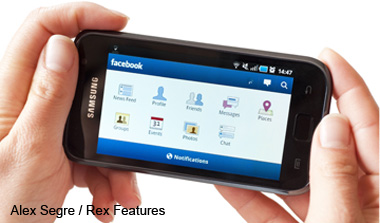 Acas has launched a guide in a bid to help employers clamp down on workers’ abuse of social media, which the conciliation service claims costs the UK economy up to £14 billion per year.

Acas launched the guide today, claiming that the number of people using social media had rocketed in the last 10 years, with almost six out of 10 (55%) staff now using it at work, either on computers or mobile phones.

Workers were found to be looking at personal-interest webpages instead of working, posting derogatory comments about managers and colleagues, and buying and selling online, Acas said.

The guide, believed to be the first of its kind offering advice to all employers, urges firms to consult with staff and trade unions to spell out the dos and don’ts of using social media and the internet. It also suggests flagging up the consequences of breaching an organisation’s policy, which should become part of contracts of employment.

Other recommendations include setting up forums, such as open newsletters, so that employees have an alternative to social networking sites. Managers may also have to rethink how performance at work is measured and perhaps focus on the volume and difficulty of jobs completed successfully rather than managing employees’ time too closely, the guide suggests.

Acas also warned that companies that spy on job applicants on social networking sites are leaving themselves open to charges of discrimination because by vetting them online, they are likely to glean information ranging from sexual orientation and ethnicity to religion, age and political views, making it easier for rejected candidates to claim they have been discriminated against.

John Taylor, Acas chief executive, also urged bosses to have a valid reason for checking up on employees’ use of the internet. “Heavy-handed monitoring can cause bad feeling and be time consuming,” he said.

“A manager wouldn’t follow an employee down to the pub to check on what he or she said to friends about their day at work. Just because they can do something like this online, doesn’t mean they should.”

Claire McCartney, resourcing and talent planning adviser at the Chartered Institute of Personnel and Development, welcomed the guide: “The use of social media at work is something that we get asked about frequently by our members so further support and guidance in this area should be helpful.

“We believe that employers need to take a common-sense approach to the dos and don’ts of social media and recognise the benefits that it can bring – such as increasing work contacts, sharing knowledge, contributing to employer brand and helping with recruitment campaigns.”

Factsheets containing practical tips for employers on areas including recruitment, managing performance, discipline and grievances, bullying, defamation, data protection and privacy, have also been produced alongside the guide.

XpertHR has a model policy available on employees’ use of social media.

XpertHR also recently published a case report on an unfair dismissal claim that centred on an employee’s use of social media.